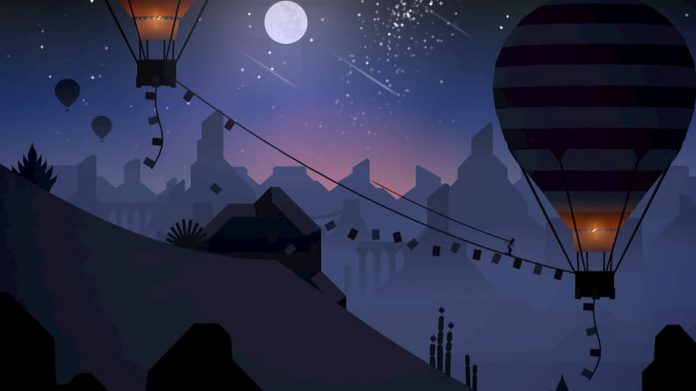 I’ve been waiting years to play Alto’s Adventure on console. And finally, my day has come.

First released back in 2015 on iOS, Alto’s Adventure was later made available on Android, Kindle devices and Windows. I sank many hours into it on Windows, but for each journey down the mountain, I’d wish to myself that I could instead be playing it on my Xbox, with a controller in my hand. Thanks to the release of The Alto Collection, I finally can.

The Alto Collection bundles up Alto’s Adventure and its sequel, Alto’s Odyssey, which originally released on mobile devices in 2018. Why neither came to console sooner is beyond me – because they’re the perfect casual, meditative games that everyone ought to have in their collection.

“They’re the perfect casual, meditative games that everyone ought to have in their collection”

Alto’s Adventure casts you as the titular Alto. He’s a llama farmer who lives high up in the mountains – or so I imagine, anyway. It isn’t a game rich with narrative, but it doesn’t need to be. Alto’s llamas have somehow escaped, and so strapped onto a snowboard, it’s up to you to rescue them.

So begins an endless runner adventure, of capturing llamas, jumping over chasms, avoiding rocks and performing the odd trick. The game ends should you take a tumble or fail to land a jump – but you’ll go straight back into a new game, determined to beat your previous score. 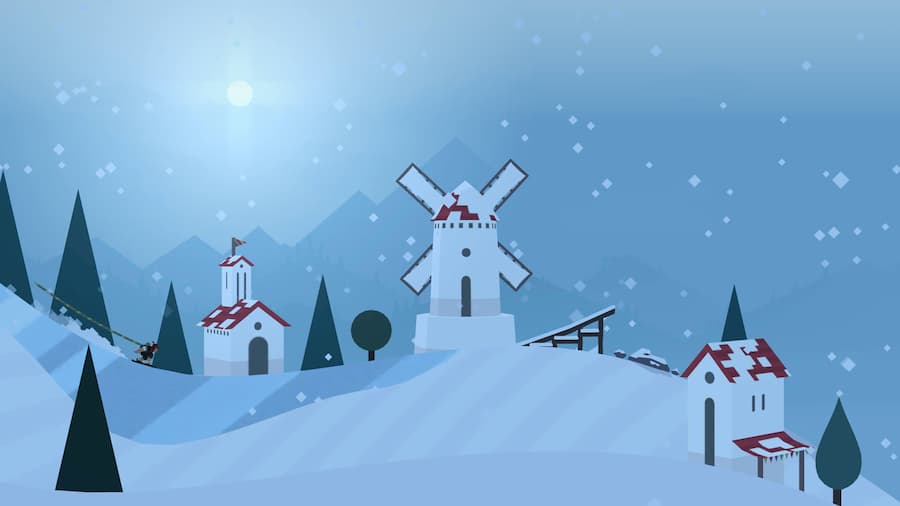 It’s a beautifully simplistic game. The art style is blocky and barren, but it fits the game and its tone perfectly. The twinkly music in the background does start to get a little repetitive after a while, but it sets just the right mood. Switching off and seeing how far through the mountains you can get is incredibly relaxing.

There are objectives to complete as you play, and beating each of them will see you level up. They are typically straightforward tasks – snowboard 1,000 metres in one run, or jump over five rocks. Most of them you’ll complete without even trying. The real fun is simply seeing how far you can get. 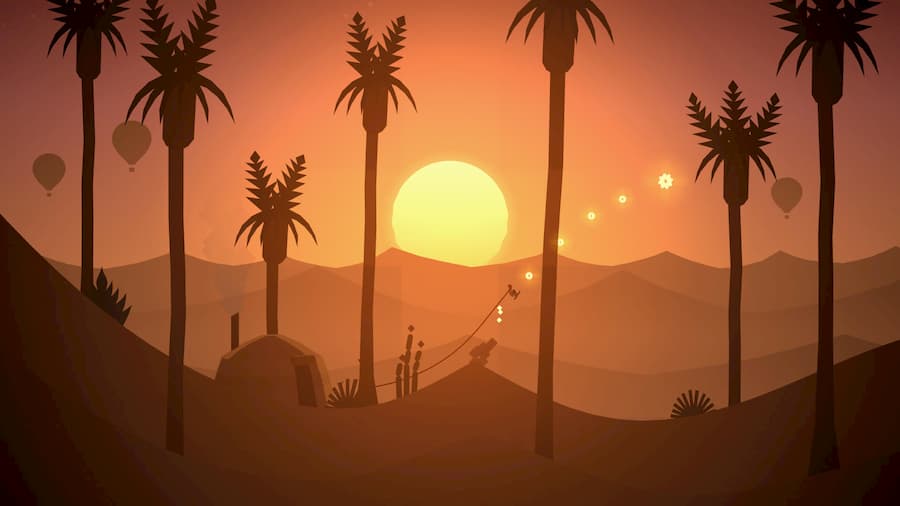 “Alto‘s environments may be basic, but they’re a sight to behold”

Alto’s Odyssey is more or less the same game. When you load up The Alto Collection, you’ll be asked which of the two games you want to play. Both have their own objectives lists, their own high scores and their own unlocks; you can purchase items like helmets that protect you from a crash, or upgrade pick-ups that you find while you play. It’s a shame these unlocks aren’t shared across both games; there are some differences between them, but they’re similar enough that a shared progression would make sense.

Rather than taking you through snowy mountaintops, Alto’s Odyssey sees you travelling through the desert. It shares the same minimalist yet beautiful art style, and has its own (slightly less irritating) melodic soundtrack. There’s a little more to Odyssey; here, you’ll learn new skills as you play, such as the ability to wall-glide. Different obstacles in the environment make for slightly more interesting play, too; hot-air balloons litter the landscape, which you can bounce off of, and mini-tornadoes give you a boost into the air. 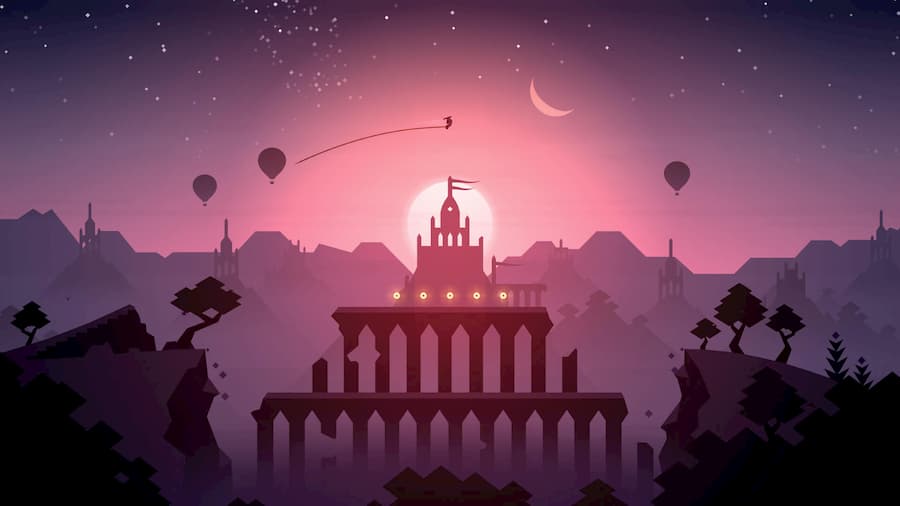 The collection is rounded off with a photo mode, which is a nice touch to see in a game like this. Alto‘s environments may be basic, but they’re a sight to behold. Factor in the day and night cycle that features in both games, and the changing weather – the thunder sound effects rippling through an Atmos speaker is quite the experience – and you’ve got something rather special. The photo mode is basic, letting you pan around and zoom in and out, but it’s great to have official support to capture some beautiful screenshots.

The Alto Collection is wonderful in its simplicity. It goes to show that games don’t need to be crammed with special features, over-the-top special effects or Hollywood-worthy storylines to be engaging. Sometimes, the most uncomplicated premise is the one that keeps us hooked. Sure, the endless runner genre might be more synonymous with mobile gaming, but it very much works on console too. Especially in a title as wonderfully designed as this.

The Alto Collection is available on PC, PS4 and Xbox One. We reviewed the game on Xbox One X with a code provided by the publisher. 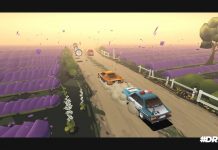 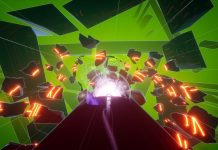 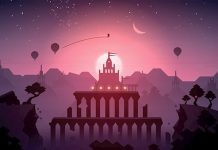 The Alto Collection is Headed to PC and Consoles Next Week 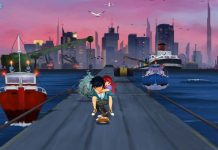 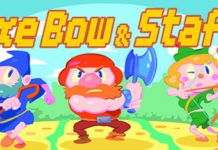