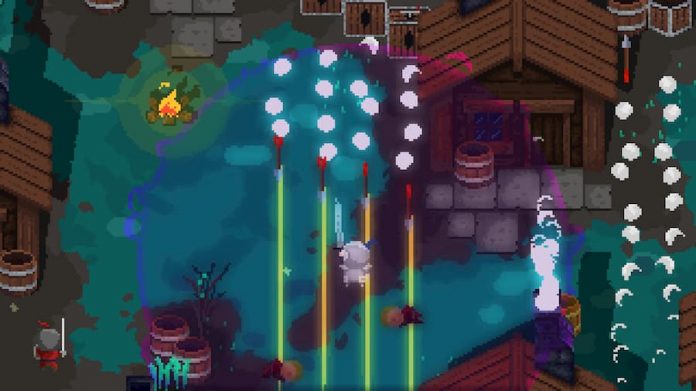 Out this week on PC and consoles, The Ambassador: Fractured Timelines is a twin-stick shooter with a difference.

You’re not wielding guns, for one. So calling The Ambassador: Fractured Timelines a ‘shooter’ isn’t particularly accurate. Twin-stick stabber? But you’re not only attacking your enemies with melee weapons either; you’re also imbued with magical powers. Not only can you attack enemies at range with your magical attacks, you can also freeze time.

It makes for a pleasing game mechanic, for the most part, adding a slight element of puzzle-solving to your endeavours. You’ll run across a bridge, for example, which collapses under your feet. The first time you attempt it, you’ll fall to your death. But then you’ll remember about your time-freezing skills. Holding the left trigger button freezes time in a bubble around you, letting you cross that bridge without it breaking under you.

Freezing time also comes in handy for killing enemies. It’ll hold some in place, allowing you an easy shot. Some are invulnerable unless they’re held in stasis too. Or perhaps you’ll need to stop time in order to pass through a barrage of projectiles. More than a gimmick, it gives The Ambassador: Fractured Timelines its own unique spin. And it’s one you’ll wish you had in other games when you’re done with it. 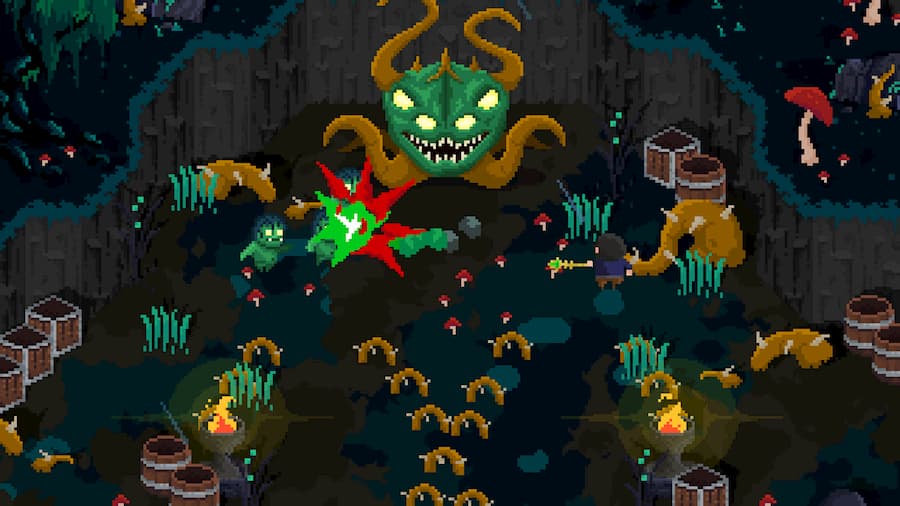 Outside of freezing time, The Ambassador sees you move through short, focused levels. You’ll be challenged with taking out a number of enemies within a certain area. They start off easy enough, but you’ll soon come across more formidable foes, and before long, you’ll face off against your first boss. Stay calm and make use of all the skills at your disposal, though, and you’ll come out on top.

As you play, you’ll find new weapons – from longswords to giant hammers – as well as magic trinkets and pieces of armour with special properties. You can switch your weapon on the fly, keeping gameplay varied and fast-paced. That hammer might be great for smashing through barrels, but it’s not so hot at taking down nimble knights. 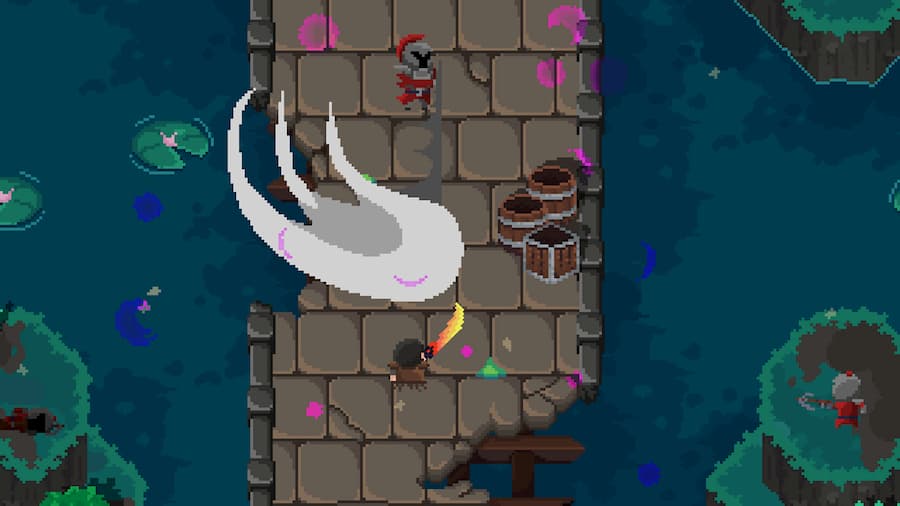 The Ambassador: Fractured Timeline‘s super-retro visuals might be a turn-off for some, but there’s no denying its bold colour palette makes it eye-catching. Dull terrain comes to life with your colourful magical spells spilling over the top of it, and enemy designs – particularly bosses – are brilliant.

It you’re a fan of twin-stick shooters and fancy playing one with its own unique twist, The Ambassador: Fractured Timelines from tinyDino Games and The Quantum Astrophysicists Guild is well worth picking up. It’s available now on PC, Xbox One and Switch.