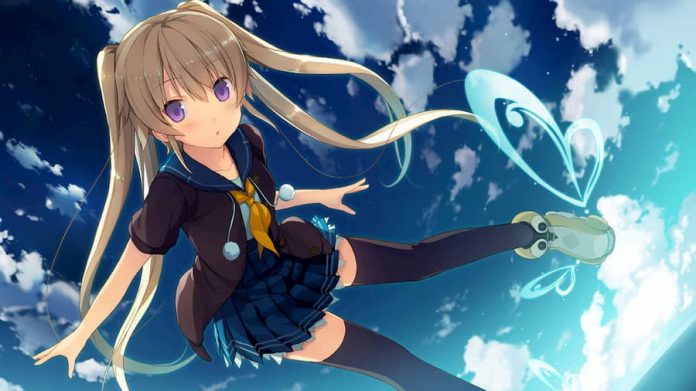 If you’re looking for a new visual novel to get lost in, perhaps you should consider Aokana – Four Rhythms Across the Blue.

First released on PC in September 2017, Aokana has made its way to Nintendo Switch. Which, if you ask us, is the perfect place to sink into a visual novel. Get yourself cosy on the sofa or bundled up in your blankets in bed, and get engrossed in this magical journey about love, growing up… and flying.

You see, Aokana – Four Rhythms Across the Blue is set in a world where anti-graviton shoes exist. By wearing the shoes, anyone can fly. Masaya Hinata used to be a flying pro, competing in the sport known as Flying Circus. But he turned his back on it, instead flying for leisure and simply travelling from A to B, just like everyone else.

In his town, using anti-graviton shoes is second nature; almost everyone flies to get around. But elsewhere in the world it’s not as commonplace, and so when new student Asuka Kurashina shows up, she’s shocked when Masaya wants to whisk her through the air.

It soon becomes Masaya’s goal to get Asuka used to flying, and he becomes her tutor, encouraging her to take to the skies.

It’s not just Masaya and Asuka who make up the cast of Aokana – Four Rhythms Across the Blue. You’ll meet a bunch of interesting characters, all with their own backstories and motivations. 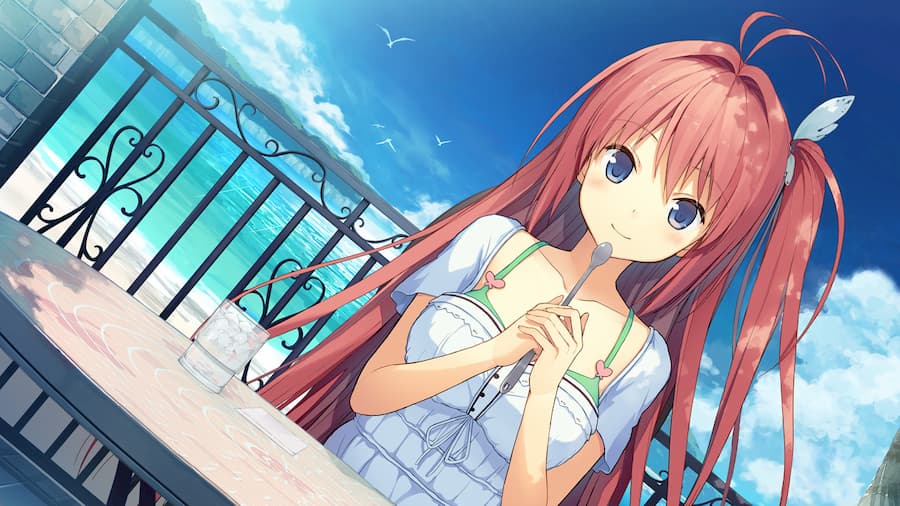 The story intrigues you right from the get-go, and not just because everyone can fly. It’s incredibly well animated, with characters coming to life with beautiful artwork and excellent Japanese voicework. Translations are done really well, too, and reading through dialogue never feels like a chore.

It’s not a game for everyone though, thanks to adult themes and some risque illustrations here and there. That’s not to say this is an X-rated story; far from it. Sure, there are a few gratuitous scenes with “mild nudity”, as the game’s description puts it, but most scenes of a sexual nature are implied rather than shown. Still, its themes make this a mature game through-and-through.

With one play through taking around 20 hours, and multiple endings to unlock, there’s a lot of content to absorb in Aokana. If visual novels are you thing, they rarely come in a package quite as polished as this one – with an engrossing narrative to boot, too.

Buy Aokana – Four Rhythms Across the Blue on Amazon