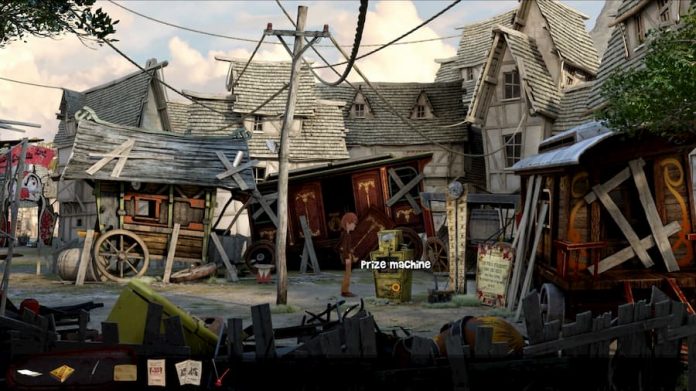 Enter a new pirate-themed adventure in Monkey Island-inspired Willy Morgan and the Curse of Bone Town.

In it, you play as Willy, who has recently set out on an adventure to find the whereabouts of his missing father, archaeologist Henry Morgan. Along the way Willy meets a strange but whimsical cast of characters.

Willy’s adventure is said to be ‘unapologetically inspired’ by the likes of Monkey Island and Day of the Tentacle; in other words, players will feel like they’ve jumped right into a classic point-and-click adventure. The game will feature non-linear gameplay so that players can explore the world as they see fit, collecting items to help solve the game’s many puzzles.

Willy Morgan and the Curse of Bone Town has a unique art style with a 3D piratey world, cinematographic cutscenes and over 50 animated locations to see. Players will be able to enjoy several hours of interactive dialogue with the game’s 15 NPCs and bop their heads to over two hours of original music.

If Willy Morgan and the Curse of Bone Town sounds like your jam, you can pick it up when it releases on August 11th on Steam and GOG for $19.99. To celebrate its release, the game will launch with a 15% discount for the first week.

You can check out some gameplay for the game below.