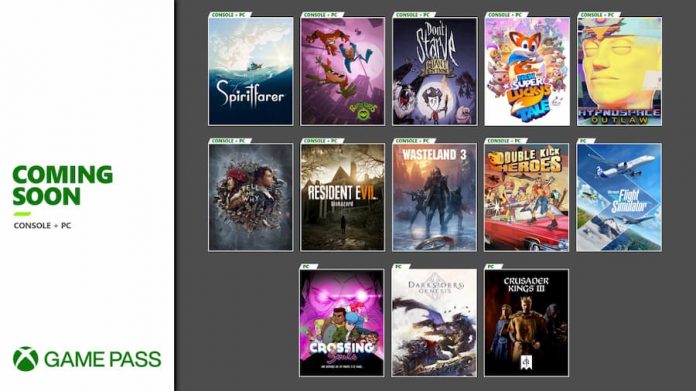 If you own an Xbox One or PC and don’t have Game Pass… what are you even doing with your life?

Microsoft’s gaming subscription continues to be excellent value, offering access to hundreds of games for a low monthly fee. New games are frequently added to the service, but the offerings for the next two weeks seem extra-impressive. Especially if you’re a PC player, where four extra games are being added.

Most impressive, though, is the fact that several of the games are hot-off-the-press, brand-spankin’ new. Spiritfarer released straight into Game Pass yesterday, Battletoads lands tomorrow, and New Super Lucky’s Tale follows on Friday. Next week, there’s the first episode of Dontnod’s latest game Tell Me Why, Double Kick Heroes and Wasteland 3.

On PC, the incredible Flight Simulator has just landed, and Crusader Kings III will follow on 1st September.

Here’s the full line-up of games coming to Xbox Game Pass on console and PC in the next two weeks:

Of course, in with the new means out with the old. Seven games are leaving the service in the next few weeks – including Red Dead Redemption 2 on 7th September. It’s only been part of Xbox Game Pass for a few months, so it’s a shame to see it leave so soon. Make sure you wrap up your cowboy adventures before 7th September; or make use of the Game Pass discount to purchase it permanently.