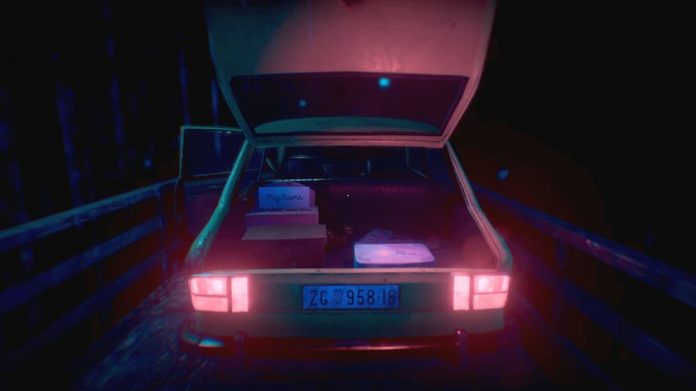 Horror is a genre with many sub-genres.

It can be psychological, gruesome, thrilling and a million things in-between. Often, the best horror games are the ones where its creators have twisted the genre into something all of their own. ZAAM, a psychological thriller from Alon Zubina, is one such example. Its creative use of the horror genre makes for a genuinely haunting game without the use of cheap jumpscares or terrifying enemies.

In ZAAM, you play as David Hubbard whose daughter Lucy has gone missing. The world around you seems to be collapsing in on itself and, without her there to ground you, everything is falling apart. No one knows where Lucy is so it’s up to you to travel through a surreal and abstract world to find her. At the same time, you’ll be solving puzzles and pushing through difficult memories.

The world of ZAAM feels like a dream. Half of the time you’re in the “real world”, dealing with ghosts from your past and trying to decipher clues as to where Lucy could be. The rest of the time, you’ll find yourself in a bizarre sci-fi world, filled with unidentifiable technology and machines that demand sacrifices. It sets up an intriguing mystery and makes for some truly spooky moments, but the split between the two ‘worlds’ can be confusing and a little difficult to understand. 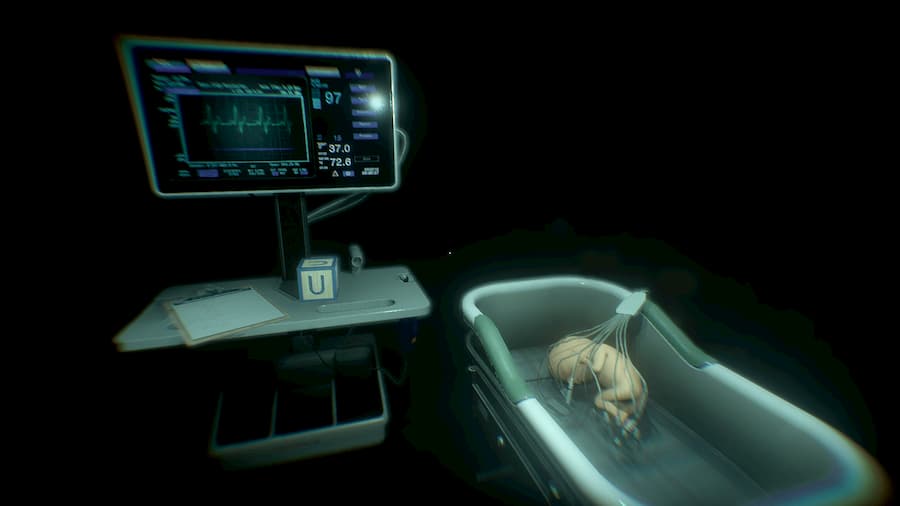 What you do discover very early on in ZAAM is that Lucy underwent experiments and treatments. What those experiments were are for you to discover as you progress through the game, but once you’ve had this realisation, it starts to make a little more sense as to why this universe isn’t quite normal. David is processing everything that his family has gone through and, in collecting objects that relate to his daughter to try and find her, he is having to relive familial memories from his past.

As for the ZAAM‘s puzzles, they’re all about collecting. It’s as easy as picking up a screwdriver to a cabinet that gives you a key to unlock a door. What’s really satisfying, though, is that almost everything in the game’s world is interactable. You might not think there’s any purpose in picking up a bit of pasta, but that pasta might just be the thing you need in order to head to the next area. Curious players who like to explore and experiment will likely find themselves solving the game’s puzzles quite quickly.

“It may never truly impress, but it has plenty of creative ideas that make it satisfying to play”

While ZAAM does take the horror genre in a creative direction with its story and setting, it falls down somewhat in its visuals and performance. It’s not the most impressive game to look at, and the controls can feel a bit sticky at times. More irksome is if you happen to move one toe out of line, you might find objects or even yourself falling through the world. Thankfully, due to the joys of the autosave, I didn’t lose much progress, but I did have to restart my game once after Lucy’s suitcase went flying through the sky like a Harry Potter prop.

Taking less than two hours to complete, ZAAM is a perfectly adequate short horror experience. It may never truly impress, but it has plenty of creative ideas that make it satisfying to play. ZAAM utilises its atmosphere and tone to give the player plenty of spooky feelings without having to rely on loud noises or jumpy bits. If you’re looking for a quick spook to send a chill up your spine, you may well find it here – just don’t go in expecting to be blown away.

ZAAM is available on PC. We reviewed the game with a code provided by the publisher.