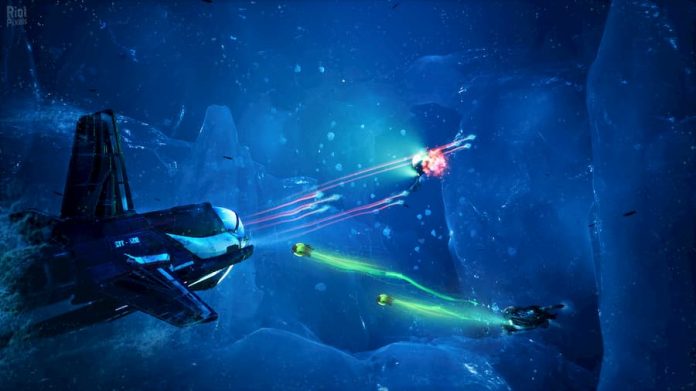 Despite humanity having messed up the planet, to the point where the surface is uninhabitable, greed, conflicted and general stupidity continue beneath the waves. Still, at least it keeps you in work; as one of several recently thawed cryopilots (which may or may not be a word), battles mean business.

The latest in a series of sub-aquatic dogfighting games, Aquanox: Deep Descent strives to be an underwater X-Wing, though you’ll have to wait to see if Digital Arrow can pull it off. It’s marginally more arcadey than Lucasarts’ PC smash but, after getting over jellyfish trying to murder me, I had a lot of fun messing around underwater.

The pleasingly open mission structure lets you pick and choose your battles, but dogfighting is the meat of the game. You can strafe and dodge in multiple directions, but I was disappointed that doing a barrel roll was out of the question. There’s hope that Digital Arrow will add a few needlessly cinematic manoeuvres before final release, but that oversight aside, Aquanox: Deep Descent‘s combat has a lot going for it.

What makes combat particularly intriguing is that, unlike aeronautical or space-based shooters, you’ve got more cover than you can shake a smoked halibut at. I loved that Aquanox: Deep Descent‘s first post-tutorial mission actually encouraged me to turn heel and run, instead of expecting me to pick off all eight enemy fighters at once. 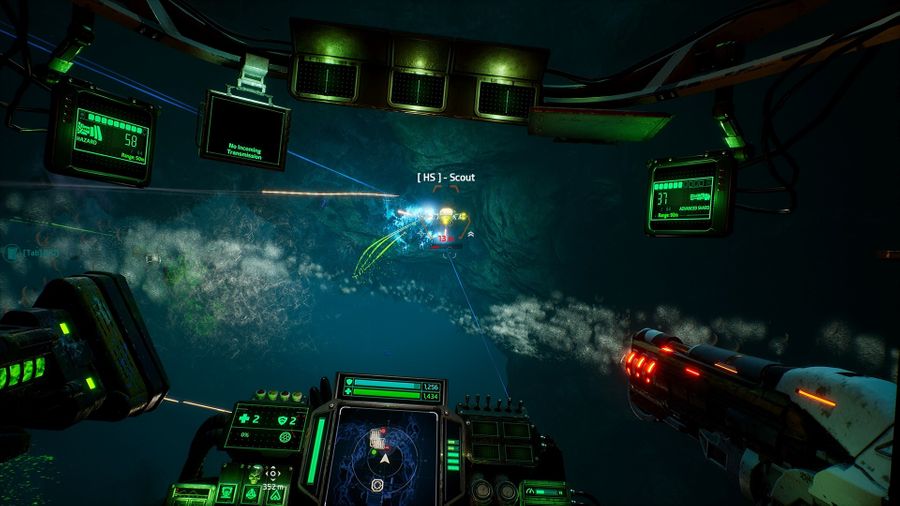 Fighting in the open is a bad idea, particularly if you’re playing on normal difficulty. Forget asteroids, here you can dive behind rocky outcrops and, on occasion, run for the cover of your capital ship. I’m sure anyone with a physics degree could explain why you wouldn’t be able to fire beam lasers underwater, but who needs absolute realism when you’ve got aggrieved enemy pilots to deal with?

So instead of mowing down waves of enemy fighters, you’re rushing along, struggling to get a glimpse of your foes through the murk, before veering off and trying to get behind them. I didn’t get as far as dealing with an enemy capital ship, but you can count on Aquanox: Deep Descent to give you the chance to get even more out of your depth. Throw in escort missions that force you to mix things up and you’ve got a game that promises plenty of challenge. 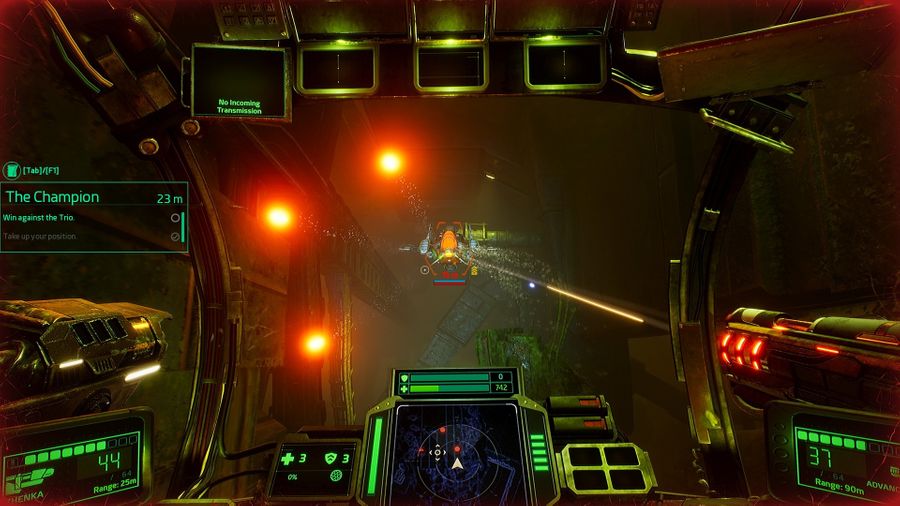 Except… the odd thing is, you’re not alone. I’m not talking about your capital ship, or your other allies – but you’re sharing your ship with three other characters. You can tweak your ship and, if you see things through, get your hands on other vessels. The final release will also offer a co-op mode. But Aquanox: Deep Descent acted like the other characters were in the tiny vessel with me. I can only imagine there’s some M. Night Shyamalan twist planned, where it turns out they’re all in your head, because it felt strangely disorientating.

Still, Aquanox: Deep Descent offered enough underwater shenanigans and morally ambiguous missions to pique my interest. Never mind the Rebels and the Empire; it’s much harder to figure out who you’re supposed to be rooting for here. You can get your own feet wet when Aquanox: Deep Descent launches later this year.

Aquanox: Deep Descent is scheduled to release on PC later this year. 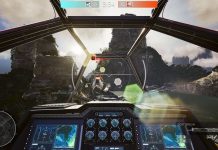