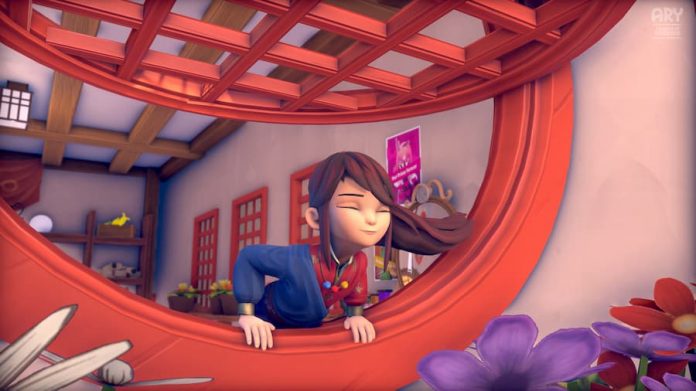 Master the power of all four seasons in this new adventure.

It’s always satisfying to start a new journey in an adventure game. Picking up a fresh sword and new some new clothes before setting off into the open world is about as good as it gets. The best games in the genre know exactly how to make the player feel immersed into the universe and ready to fight some baddies. Ary and the Secret of Seasons is a new adventure title that does a decent job of helping the player feel like they’re really a part of the universe – but staying immersed turns out to be a challenge.

In the game you play as Aryelle, Ary for short, who lives in the world of Valdi. In Valdi, there are four guardians who are in charge of protecting crystals for each of the seasons. Ary’s father is the guardian of winter, but after Ary’s brother Flynn goes missing, he’s in too much grief to do much of anything. When dark crystals start to fall from the sky, forcing the seasons to go into disarray, Ary takes it upon herself to use her father’s crystal and go to an emergency meeting of the guardians to see how she can help fix it.

Ary and the Secret of Seasons is the classic tale of “girl pretending to be a boy to help her family” with a bit of a twist. It goes against tradition for a girl to be a sword-wielding adventurer, but after Ary lops off her hair, her family agrees with her decision. Throughout the game you’ll meet other townsfolk that find it strange that a girl is out on her own in a dangerous world full of rabid hyenas (the basic enemy of choice here), but Ary is quick to shut them up. Even the guardians briefly try to make Ary go home – but when adults are in need, who run the world? Girls.

It’s easy to get to grips with Ary and the Secret of Seasons. In control of Ary, you can run, jump, use a sword and more. And the sword comes in handy pretty quickly. Scattered around the world are hyenas – the game’s equivalent of The Legend of Zelda’s annoying bokoblins – that do their best to wreak havoc on everything. As you encounter these pesky enemies, you’ll soon learn how to fight them off. Ary can strike quickly with her main attack, and can also parry and block. But unlike titles where parrying is paramount for successfully winning combat, combat is pretty easy here; you can probably get away with ignoring the parry button for most of the adventure, seeing your way through by spamming attacks. 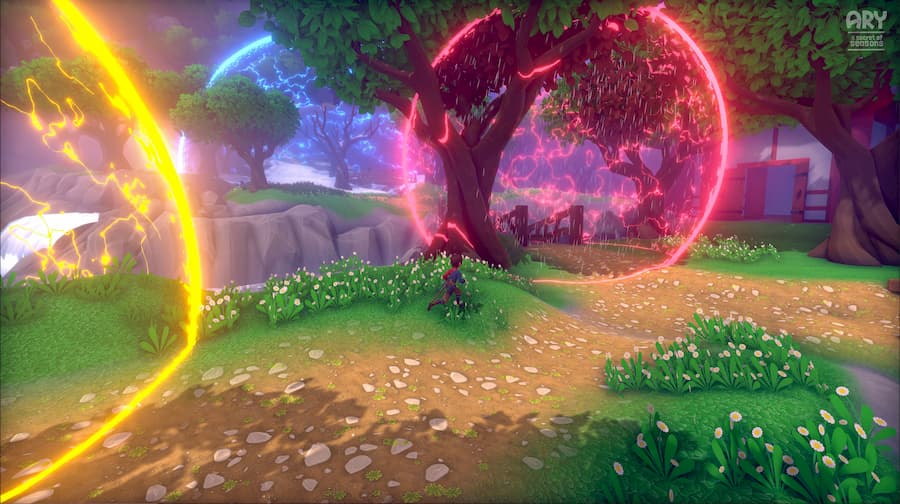 The truly unique part of Ary and the Secret of Seasons is Ary’s ability to control the seasons. With winter literally in her hand, Ary can freeze an area to create ice bridges, platforms, blocks and more to help her traverse certain areas. You’ll soon gain the ability to control other seasons too: with autumn you can grow plants, summer can melt ice and spring fills up areas with water. Discovering all of the ways Ary can use her seasonal spheres to her advantage is one of the great pleasures of the game.

Unfortunately, Ary and the Secret of Seasons isn’t all fun. Exploring the world of Valdi is a large part of the game, but it just isn’t particularly satisfying. The game feels distinctly old-fashioned; both in terms of visuals and gameplay, it wouldn’t feel out of place on PS3 or Xbox 360. The character animations are nice enough, but the world itself is bland and largely empty.

There are also far too many ways for your character to get stuck if you happen to take a wrong turn. Within a half hour of being able to explore the open world, I got myself trapped and had to restart which made me lose some progress. It wasn’t the only time it happened, either. Playing on PS4, I also experienced some terrible frame rate issues and painfully long loading screens. To make matters worse, there were multiple occasions where some enemies glitched and I was unable to hit them. 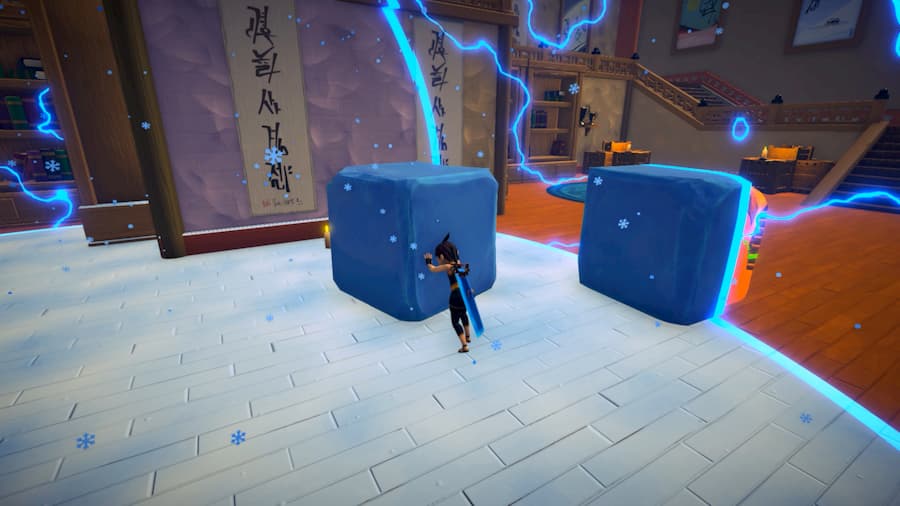 Those issues are hard to overlook, and that’s made all the more disappointing considering that underneath it all, Ary and the Secret of Seasons packs in a lot of charm. There’s a rich and dynamic story to follow plus numerous side quests, dungeons with intriguing puzzles and more. Boss fights can be a bit difficult to figure out, but once you get the hang of them, they make for some of the most engaging moments in the game.

Unfortunately, Ary‘s problems largely overshadow everything there is to love about it. No-one wants be in the middle of exploring and fall through the world, or get stuck in a rock for no apparent reason. And no one wants to have that continuously happen for up to fifteen hours. With some patches to address the game’s issues, Ary and the Secret of Seasons might be worth recommending for its fun characters, engaging story and unique mechanics. But while ever those issues persist, it isn’t worth your time.

Ary and the Secret of Seasons is available on PC, PS4, Xbox One and Switch. We reviewed the game on PS4.

Buy Ary and the Secret of Seasons on Amazon