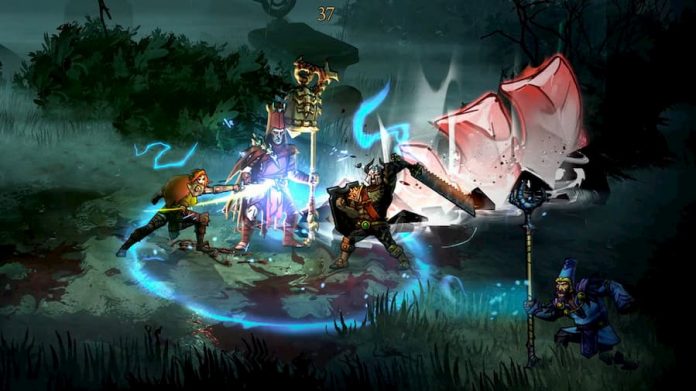 Currently in early access, Blightbound drops players in a dangerous world full of horrifying creatures, dungeons and the powerful Blight. But where there is danger, there are those that are trying to vanquish it – and that’s where you come in. You play as powerful warriors who will stop at nothing to make the world safe again.

The Wolfpack update for the game brings a completely new area for players to explore and loot. A subterranean dungeon called The Creeping Blight has been discovered in the Underhold. Players will have to face new and familiar enemies to get through the dark passages of this new area.

Players will also meet new characters on the good side of the battling factions: Wodania and her son Karrogh. Karrogh is not afraid of death and charges quickly into battles, where Wodania can use her knife skills to take out enemies and her smokebomb ability to help the team sneak right into the middle of the action.

Jump into Blightbound to see all of these new updates in action. If you want to hear our full thoughts on the game you can read our preview for it here.

And you can see a trailer for the update below.