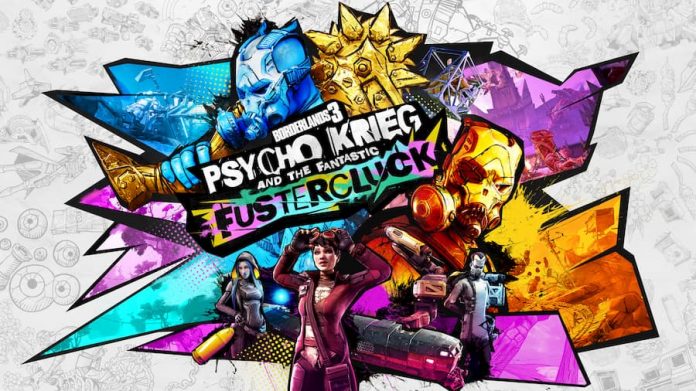 Are you ready to enter the mind of a maniac?

Psycho Krieg and the Fantastic Fustercluck, the latest and possibly last expansion for Borderlands 3 is here, and it features everyone’s favourite madman Krieg. You see, Tannis has a theory as to why psychos are so unhinged, and at the root of it is knowledge of a place she calls Vaulthalla. So she’s tasked you with entering the mind of friendly psycho Krieg to find Vaulthalla in the hope of better understanding it.

Things get crazy soon after entering Krieg’s mind. Everything seems calm and tranquil at first, which is strangely disconcerting. But then a giant Krieg appears and starts throwing a cavalcade of trouble your way. There are psychos riding giant bullets, shotgun-wielding tinks and a whole lot more. It seems relentless, but then a smaller and much calmer Krieg appears, allowing you to escape and recuperate. But there’s a lot more insanity to come.

It soon becomes apparent that there are two sides to Krieg; the psychotic side that’s ultraviolent and spews nonsense, and a sane, reserved side that’s actually quite thoughtful. Thankfully, by addressing Krieg’s sane persona, you’re able to get across why you’ve invaded the sanctum that is his mind, and he’s all too happy to help you if it means there’s a chance of reigning his psychotic side in, or even getting rid of it.

In true video game fashion, however, achieving your goal is never easy. The inner recesses of Krieg’s mind where Vaulthalla likely resides is blocked, and to open it you’re going to have to complete a solid gold statue of the man himself. Cue a madcap journey through some of his memories to retrieve the items you need, though something tells me they’ve been a little twisted. 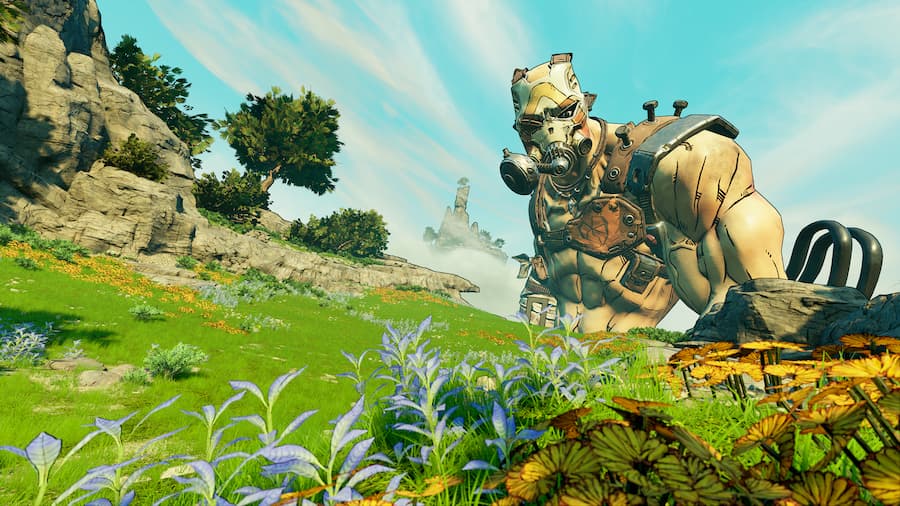 Taking place entirely in Krieg’s mind, the folks at Gearbox have been able to go a bit crazy themselves with Psycho Krieg and the Fantastic Fustercluck. You’ll find yourself storming a fleshy castle, shooting down the moon, navigating through an Escher-esque room, and even chasing a sentient train. You’re never sure what lies in wait around the next corner, and that really makes it unpredictable and exciting. And then of course you have psycho Krieg’s ridiculous outbursts that tread the line between being cringey and hysterical, but are always entertaining.

Combat encounters are as chaotic as ever, too, and thanks to psycho Krieg’s warped view on things, some of the boss fights found in Psycho Krieg and the Fantastic Fustercluck might have you reeling. How do you feel about fighting against an evil version of Brick, for example, or Mordecai? Psycho Krieg obviously isn’t well, and it’s you who’s got to deal with the twisted way he remembers some things. And trust me, if you’re heading into the DLC with a new character rather than an existing one, you will be challenged.

Psycho Krieg and the Fantastic Fustercluck is a fairly lengthy DLC, with a main quest line that really is worth playing through. There are many side quests to discover and complete as well, of course. And loads of loot – it wouldn’t be Borderlands without loot, would it? Needless to say, if you’re a Borderlands fan, you’ll love it. The question is, what’s next for Borderlands 3? Something tells me we won’t have to wait too long to find out.

Borderlands 3 – Psycho Krieg and the Fantastic Fustercluck is available on PS4, Xbox One and PC.