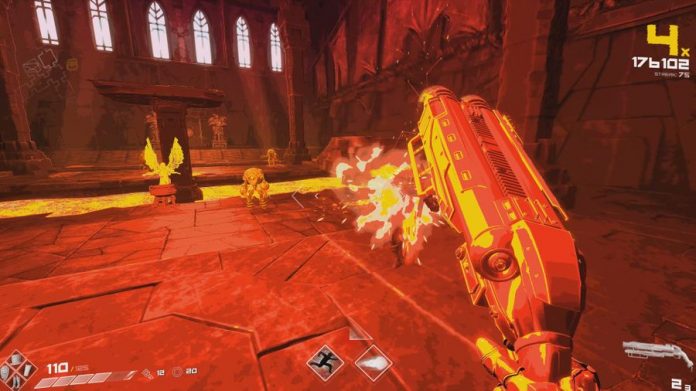 I never thought I’d regret getting a rocket launcher but in BPM: Bullets Per Minute, bigger is most definitely not better.

Mucky jokes aside, this rhythm shooter isn’t just ridiculously entertaining in its own right; it’s got more depth than half of the first person shooters I’ve played. BPM: Bullets Per Minute sees you blasting your way through eight Norse-themed levels, to a pounding heavy metal soundtrack. But the soundtrack isn’t just there to get your blood pumping, it’s the dance sheet for your monster-slaughtering rampages.

Like Crypt of the Necrodancer, BPM employs procedural generation to ensure you never experience the same level twice. Sure, there’ll always be a general lack of colour but, boss rooms aside, there’s no telling what foes you’ll encounter when you step through the next door. There might be a couple of flame-vomiting bats, a whole room full of giant spiders or any number of other foes. If you’re an arachnophobe, you might want to give this a wide berth.

But unlike Necrodancer, the rhythm doesn’t dictate your movement. Instead, it ties into whatever instrument of death you have in your hands. You can only fire your weapon on a beat (or in some cases, a half-beat); running in all-guns-blazing will get you nowhere. To even things out, monsters also only attack on a beat, so you’re both slaves to the same rhythm.

Sounds strange? It does take some getting used to, and for the first five minutes you’ll struggle with BPM‘s mechanics, silently seething when your weapon fails to fire for the fourteenth time. The more you play, however, the more BPM: Bullets Per Minute gets its hooks into you and soon, blasting to the beat is second nature. There’s an on-screen prompt to aid you, but (accessibility issues notwithstanding) it’s more satisfying to just use your ears. 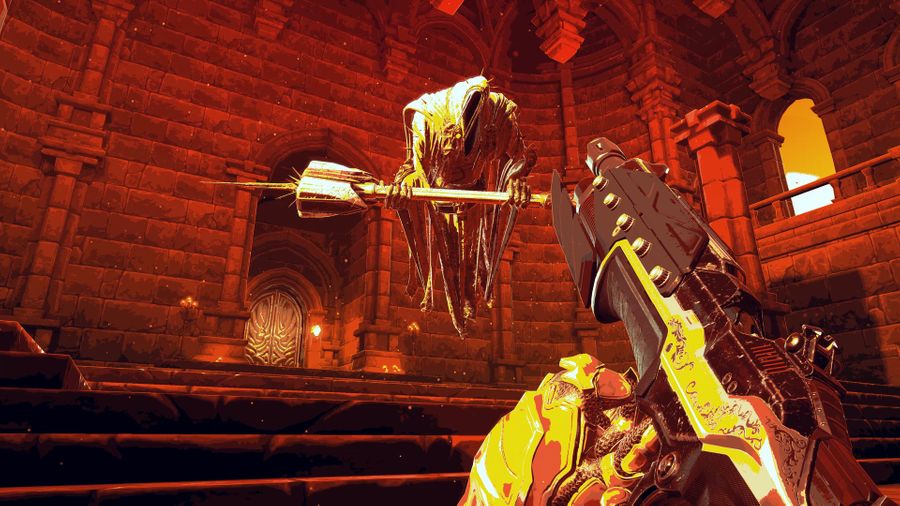 Each level sports a different instrumental track, meaning that no matter how cocky you felt playing the last level, you’ve got to quickly come to grips with this new level’s rhythm. There’s a score multiplier in play but just blasting enemies in time to the music is an absolute joy. DOOM Eternal might let you choke a demon with their own spleen, but it’s still not as exhilarating as hearing power chords kick in as you dispatch a boss monster.

And if that was all there was to BPM, it’d be well worth dipping into. But what makes it more than just a temporary diversion is the strategy that goes into being a music-fuelled badass. Instead of just wading through enemy after enemy, you’re also scratching your head over which weapons (and other upgrades) to spend your hard-earned coins on. 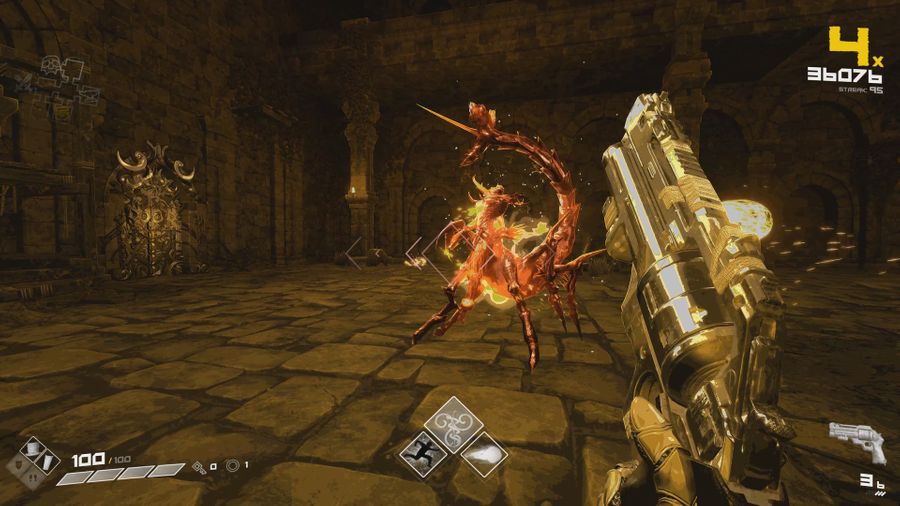 The aforementioned rocket launcher, for example, might do a lot of damage, but it’s so much slower to fire that it’s a struggle to hit the right beats. You can only carry one weapon at a time; given that permadeath puts you back to the beginning of BPM, are you prepared to grab a gun that could put you off your game? It’s like going from lead guitar to playing the kettle drums. Other weapons are less sluggish, but they’re still take a minute or two to get to grips with.

Throw in a handful of unlockable characters, plus some random level modifiers and you’ve got a real timesink on your hands. It’s a testament to BPM’s pure pull that every time I died, losing my progress, I leapt right back into the game. BPM: Bullets Per Minute isn’t an easy game, even on easy mode. But you’ll inch forward with each playthrough, particularly when you start paying attention to enemy patterns and actually remembering to use the dodge button. 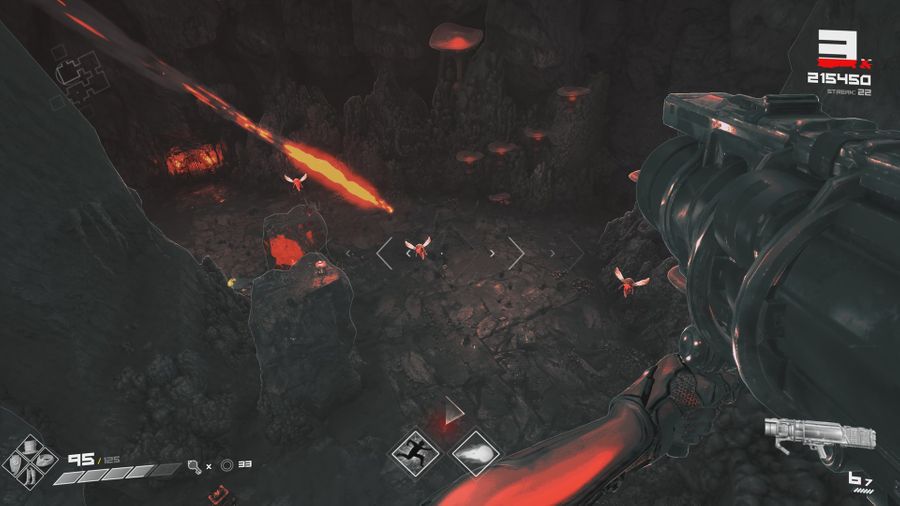 My one gripe is that, like Quake many years before it, BPM is a little too monochrome at times. I appreciate BPM’s gloomy atmosphere, but would it really kill to have given the place a little lick of paint here and there?

If heavy metal has you running for the hills, then BPM: Bullets Per Minute won’t convert you. But for everyone else, this is an adrenaline fuelled heavy-metal ride that you’d be daft to miss.

BPM: Bullets Per Minute is available on PC. We reviewed the game with a code provided by the publisher.