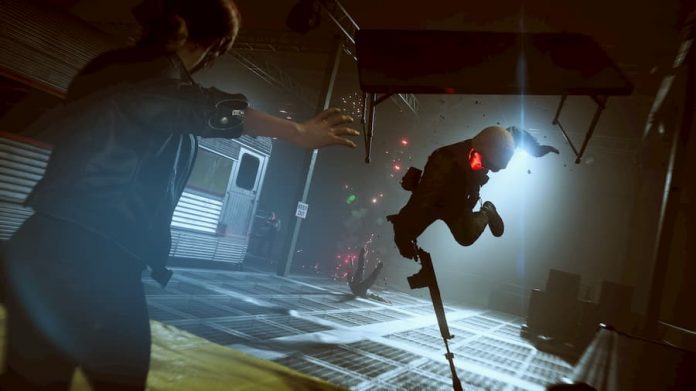 As a fan of Alan Wake, I had high hopes for Control‘s second expansion, AWE.

We already knew that Control and Alan Wake take place in the same universe, but AWE further intertwines them. And ultimately, yes, it does provide what Alan Wake fans have been hoping for for years: a narrative string that hints at a return for the troubled author. But to get there, you’re going to have to endure hours of gameplay that never lives up to the brilliance of the main campaign.

Like The Foundation before it, Control‘s AWE expansion begins in the Central Executive area of the Oldest House. Approaching the sector elevator, Jesse sees a vision of Alan Wake and senses that he’s in danger. To find out more, she heads into the depths of the investigations department, unaware that something monstrous awaits her.

Many of the environments you traverse during AWE are over familiar; you’ll feel like you’re simply retreading old ground. Offices, revolving bridges, warehouses – you’ve seen them, and fought in them, all before. There are some nice touches that Alan Wake fans will appreciate though, like instances of a gooey darkness that can only be neutralised by holding up light sources with your telekinesis powers.

As you venture further into AWE‘s four-or-so hour main questline, you’re tasked with taking down Emil Hartman, someone who Alan Wake fans will no doubt remember. It turns out he was being held at the Oldest House but has now been corrupted by the Hiss, turning him into a grotesque creature. And surprise, surprise, to make him vulnerable you need to face him in the light. 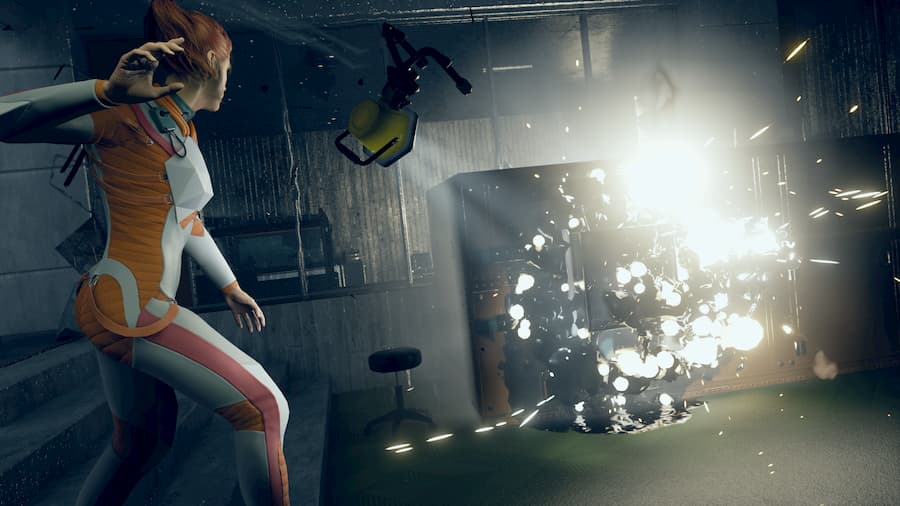 You’ll encounter Hartman numerous times during AWE; in fact, I would argue too many times. It doesn’t help that nearly every time you meet him, your task is the same: plunged into darkness, you need to activate the lights to stop him from tearing you to bits. So, expect to spend plenty of time finding power sources and placing them into sockets before hitting a power switch to light up an area. All the while, enemies will occasionally spawn, and Hartman will pursue you.

When you’re successful in your task, Hartman generally runs away, so you’ll need to find him yet again and go through the same rigmarole. Of course, you do get to finally put him down at the end of the DLC, but by that point you’re likely to be fed up with the whole affair. He’s also one of those bosses that has a surprise second health bar, and can restore his health while you’re dealing with the waves of enemies that he summons. It’s simply not fun.

I never really noticed it playing the main campaign, but having recently made my way though The Foundation and now AWE, Control‘s difficulty level can be all over the place. Certain enemies can decimate your health bar in an instant, and with health pickups thin on the ground in AWE, you can expect to find yourself failing when facing off against Hartman time and time again. Honestly, the final encounter against him had me at the end of my tether.

Thankfully, one of the new quality-of-life features added to the game via an update alongside the DLC is a range of assists. They don’t disable achievements or trophies, and they allow you to finally tweak the difficulty of the game to your preferences. You can reduce how much damage you take, for example, and how long it takes for your energy and ammo to start to recharge. You can even make yourself immortal, or enable one hit kills. You should try and play the game properly if you can, but don’t be afraid to dig into these assist settings if you need to. 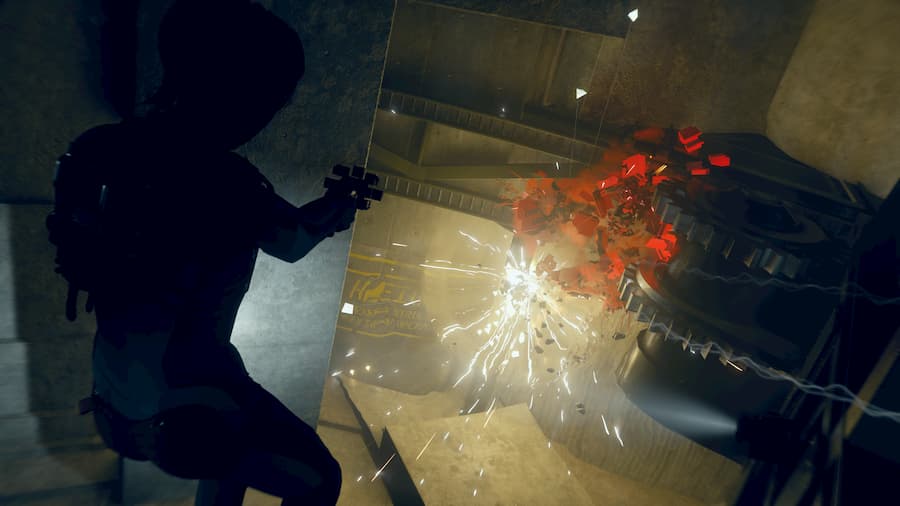 Outside of AWE‘s main questline, there are a handful of new side quests that probably aren’t worth your time as they’re quite menial. But on the plus side, there are many new documents and audio recordings to find that are worth a perusal. AWE also provides a new weapon form for you to make use of, Surge, which is effectively a sticky grenade launcher. Chances are you won’t find it all that useful though.

If you’re happy with more of the same, don’t mind the repetitive encounters with Hartman, and are prepared to face a wildly fluctuating difficulty level, then you’ll possibly enjoy AWE. It’s not all bad – it just pales in comparison to the standard set by the main campaign. If you’re a fan of Alan Wake, the few glimpses of him that are included and the overall story will prove to be the main draw, but that’s not quite good enough. Gameplay-wise, AWE is simply inferior to The Foundation, and is perhaps the low point of the Control experience.

Control: AWE is available on PS4, Xbox One and PC. We reviewed it on Xbox One X with a code provided by the game’s publisher.