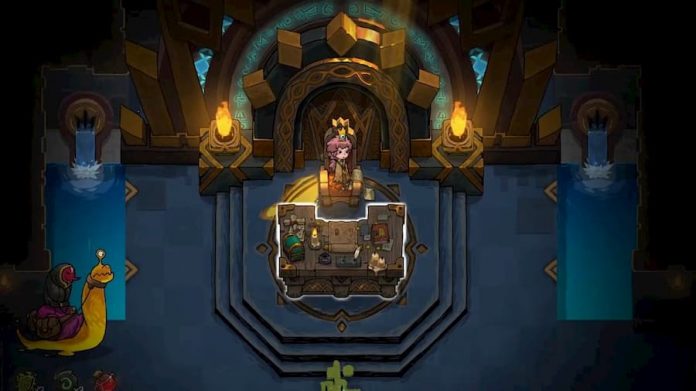 Learn to be in-sync with your enemies in Crown Trick.

Team17 and NExT Studious have announced the release date for their upcoming title Crown Trick. The game is set to release on October 16th for Nintendo Switch and PC.

Crown Trick is unique in that it is a synchronous turn-based combat game. That basically means that enemies take their turns at the same time as the player. This makes it so that players must have their moves planned out ahead of time and to the best of their ability to take down their enemies.

You play as Elle, who has just woken up in the Nightmare Realm armed with only her magic talking crown to guide her. As you proceed, you’ll be able to use Elle’s combat style with a flare of your own. Choosing between active and passive abilities as well as what items and relics you’ll use along the way will make the game unique to the player. When defeating a high-level enemy, players will even be able to take that enemy’s skills to help them as they continue on.

Crown Trick looks like it won’t be easy to master, but for those that persevere it could be one of the most clever Rogue-likes released this year.

Look out for the game when it releases for PC and Nintendo Switch on October 16th. Check out the beautifully animated trailer for the game below.

Manage Your Own Cult in Honey, I Joined a Cult, Coming in 2021