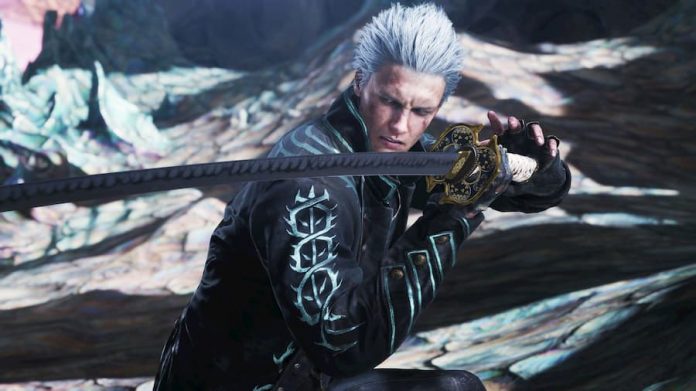 Though it was announced during today’s PlayStation 5 showcase, Devil May Cry 5: Special Edition isn’t a PS5 exclusive.

In fact, Devil May Cry 5: Special Edition, which packs DMC 5 with extra features, enhanced visuals, and the ability to play as Vergil, will be launching first on Xbox Series X. It’s a launch title for both Xbox Series S/X and PS5. But since the Xbox consoles launch first, on 10th November (followed by PS5 on 12th/19th November), it’s technically playable on Xbox first.

Devil May Cry 5: Special Edition adds ray tracing technology and enhanced 3D audio to the game, as well as adding ‘Turbo Mode’ and ‘Legendary Dark Knight Mode’ to the game. Turbo Mode allows players to experience the action at an increased speed, while Legendary Dark Knight Mode is a brand new difficulty level designed to challenge ‘even the most seasoned devil hunters’.

The new Vergil mode will allow players to experience Red Grave City as Vergil, as well as playing through the Bloody Palace challenge as him.

It’ll be available digitally on both consoles first, with a physical release to follow at a later date. The download will cost $39.99 on Xbox Series S/X and PS5.

The new Vergil mode will also be available as DLC for the current version of the game. No release date has been specified, but it’ll cost $4.99.