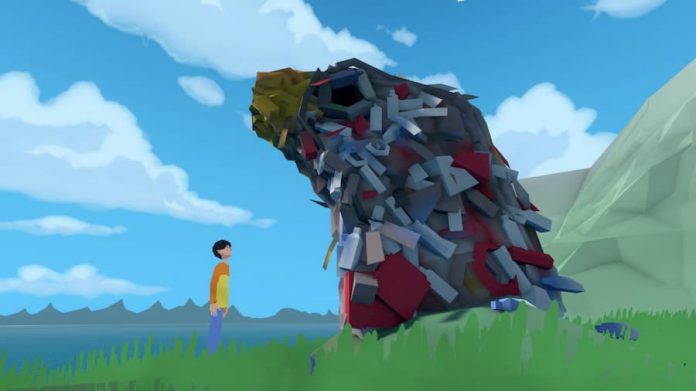 Out tomorrow, Embracelet is a touching adventure about a teenage boy dealing with the loss of his grandfather.

You play as Jesper, a 17-year old living with his mother in Northern Norway. His grandfather is very sick in hospital, and only has a few days left. In his final days, he gifts Jesper a bracelet: it’s magical, he says. Jesper’s sceptical at first – as any teenager would be – but after trying it out, it turns out his grandfather is right. Wearing the bracelet allows Jesper to move things with only his will; he’s able to rectify a fallen statue, for instance.

But Jesper’s grandfather warns him to be very careful with this power. He tells Jesper not to tell anyone about the bracelet, and to seek out where it comes from. For Jesper, that means a trip to his grandfather’s birth town – Slepp, a small and beautiful Norwegian island. Hopefully there, Jesper will find the answers he seeks.

Embracelet isn’t just about a magical bracelet though. It’s about being human and dealing with everything that comes with the human condition: love, loss, friendship and growing up. Playing out in typical 3D adventure game fashion, players take control of Jesper and interact with the environment around them. Looking at photographs, notes and objects around a room will give a greater understanding of Jesper and his life. 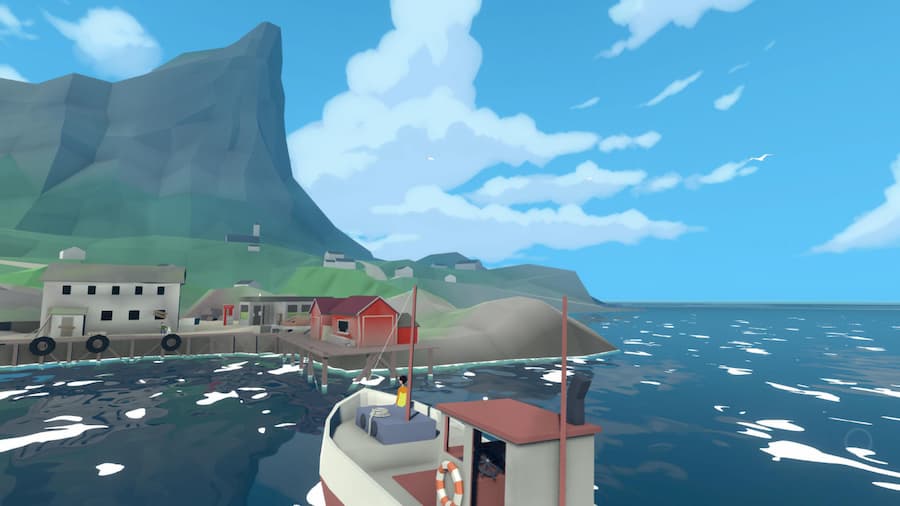 It’s only once you arrive on Slepp that Embracelet really comes into its own. The island is beautiful, and instantly begs you to explore. You’ll meet residents to talk to and befriend, and poke around to find out more about your grandfather. Your ultimate goal is to find out more about the bracelet, of course, and that means using it to solve various puzzles. You’ll need to lift items out of the way to clear a path, for example. There’s nothing overly taxing; the real joy of Embracelet is in its storytelling.

Considering that Embracelet has been developed by a one-man team – Mattis Folkestad – it really ought to be celebrated. There are numerous imperfections; interacting with an object often reveals Jesper’s questionable movement paths, for example, where he frequently gets stuck on the environment. But it’s easy to overlook these issues when you look at the game as a whole.

Its stark, polygonal art style is instantly charming – especially so once you reach Slepp. The rugged coastline of the island is just beautiful. Dialogue is also well-written and touching. It’s easy to feel attached to Jesper and the characters he meets on his journey.

Out tomorrow on PC and Switch, Embracelet is a must for anyone who enjoys an adventure that they can take at their own pace. It’s clearly been made with a lot of love, and that spills over into just about every element of the game.