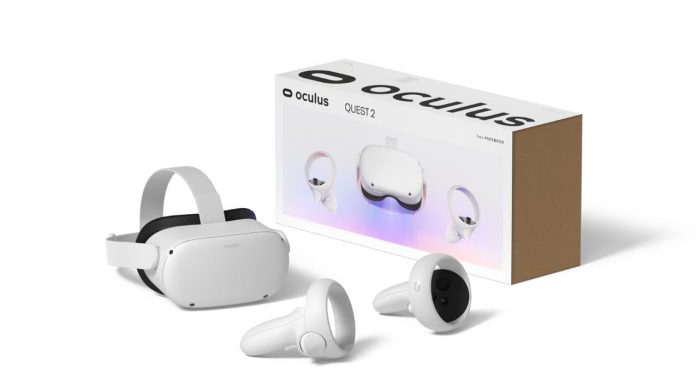 Today, Facebook has announced the Oculus Quest 2, a successor to its popular standalone VR headset.

The Oculus Quest 2 will completely replace the first Oculus Quest. It offers better performance, a better screen, a lighter and more portable headset – all at a cheaper price.

It packs in 50% more pixels than the first Oculus Quest, with a resolution of 1832×1920 per eye. The difference this time is a single LCD panel rather than two separate OLED screens for each eye. More impressively, it will eventually support 90Hz refresh rates where developers choose to enable it in their software.

It’s powered by a Snapdragon XR2 processor, Qualcomm’s flagship processor designed for VR/AR headsets in mind, and 6GB RAM. According to Qualcomm, the new processor has twice the CPU and GPU performance as the Snapdragon 835 which powered the first Oculus Quest. It also supports “4x more video bandwidth, 6x higher resolution and 11x AI improvement”.

Though despite offering significant power compared to its predecessor, the Oculus Quest 2 is 10% lighter. And its battery will drain no quicker: it should still last two to three hours on a single charge.

Like the Quest, Oculus Quest 2 comes bundled with two controllers, and those too have been improved. The haptics experience within them has been refined, and they’ve been redesigned to offer a larger thumbrest for extended comfort. Their battery life is four times longer than the first generation, too.

Perhaps the most impressive thing about Oculus Quest 2, though, is its price. Despite being improved in just about every way, it will retail for less than the first generation Quest headset. A 64GB Quest 2 will cost £299/$299, with a 256GB version costing £399/$399.

Pre-orders for the headset are open now. It will be available to purchase from 13th October.

To find out more about the Quest 2, click here to read our review.