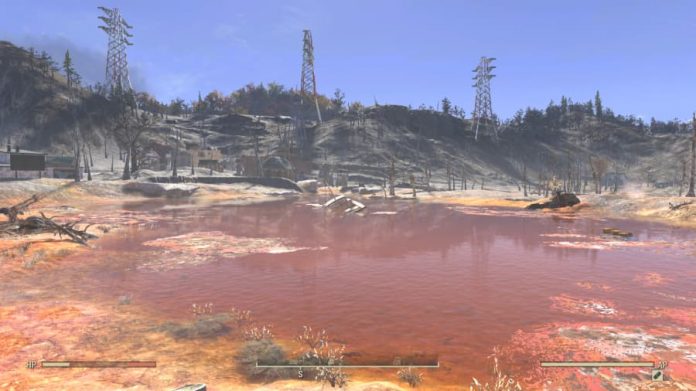 Fallout 76 players just got the biggest update since Wastelanders.

Players looking for some new content for Fallout 76 can look no further: the largest update to the game since Wastelanders has just dropped. Patch 22 gives the game some rebalanced combat as well as rewards for all players in the form of One Wasteland. The patch also includes Season 2: Armor Ace, which adds Legendary Perks and new daily missions.

One Wasteland completely evens out the playing field for all players. Players can now team up together and go anywhere in Appalachia with balanced combat and rewards that are appropriate for that players’ specific level. All of Appalachia is available for any level of gamers.

Season 2 features a brand new S.C.O.R.E. board and new rewards. Players will join the patriotic Armor Ace and his Power Patrol (disappointingly not a group of dogs dressed up as policemen and firefighters) as they march around the world to defeat the Subjugator. Armor Ace will feature new rewards including:

Starting at level 50 players can also now unlock Legendary Perk slots which have four ranks. Some of these Legendary Perks include:

The final item headed to the game in this epic update are daily ops. This system adds some replayability to the game’s dungeons and allows players to jump into any of the them and fight the enemies inside. A new Enemy Mutation system let’s enemies use a superpower which players will have to strategise to counter.

To read the full and complete path notes, head to Bethesda’s official website.