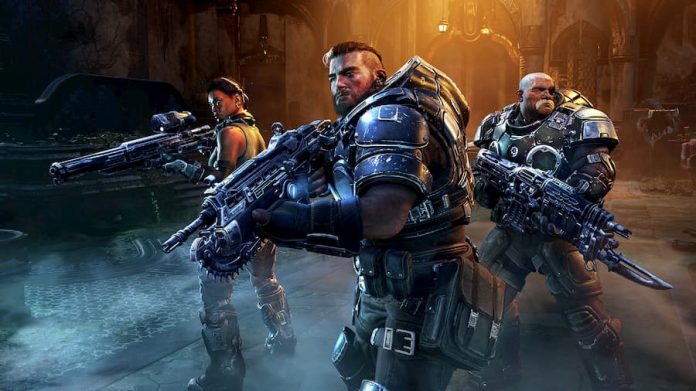 Get ready to get tactical on console.

Today on Gears of War’s official Twitter account, it was announced that Gears Tactics will be headed to console on 10th November. That means it’ll be a launch title for Xbox Series X and S – though presumably it’ll be coming to Xbox One as well.

And in even bigger news…#GearsTactics comes to console on November 10. https://t.co/wRcrGWoFAK

As you can see from the tweet, it’s short, sweet and to the point. The announcement follows the reveal of the Xbox Series X price and launch date earlier today.

When we reviewed Gears Tactics back in April for PC, we thought the game was fantastic giving it a 9/10:

“Gears Tactics is the best Gears of War game since the original trilogy came to a close. The genre may have changed, but the action still has the same immediacy, and it’s just as much fun as ever to chainsaw an enemy in half or blow them to bits with a frag grenade.”

So it goes without saying that we can’t wait to see the game come to console – and especially next-gen.