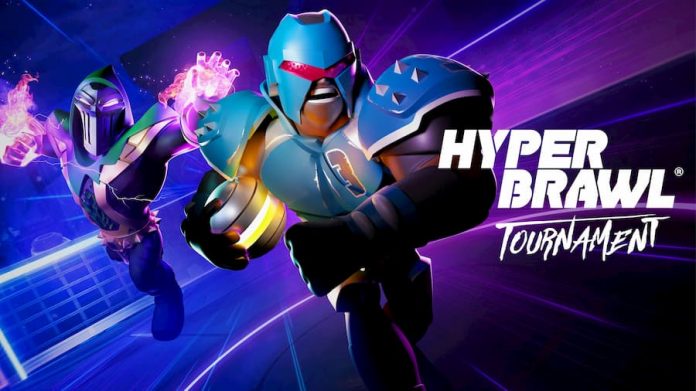 If you’d rather watch the video version of this preview, click here.

HyperBrawl Tournament is many things, but first and foremost it’s a lot of fun.

Described by its developers at Milky Tea Studios as a “high-adrenaline 2v2 arena-based brawler”, HyperBrawl Tournament is about winning. In a team of two, you face off against your opponent in a small area with the aim of scoring the most goals. It’s like a game of handball, except violence is freely permitted – and actively encouraged. Playing HyperBrawl Tournament can get as dirty as you like it to, and that’s the joy of the game.

The game first released as a launch title on Apple Arcade back in September 2019. Since then, the development team has paid attention to how users have played the game, improving and building upon the existing features. Coming soon to PC and consoles, this version of HyperBrawl Tournament is brand new: aesthetics have been changed, visual effects have been improved, leaderboards have been added, and multiplayer has been refined. Essentially, even if you’ve already played a lot of HyperBrawl on Apple Arcade, the PC/console version will be worth revisiting.

Believe it or not, HyperBrawl Tournament has a story: the ultimate goal is to find a new protector of the universe. And in order to do that, the potential protectors must compete in the secret sport of HyperBrawl. But the story doesn’t really matter; it’s the action that counts. And the joy of the game is that there are multiple ways to play. No matter what type of gamer you are, it’s likely that you’ll find a mode to enjoy.

There’s a single-player campaign mode, for instance, that sees you rise through the ranks to be crowned the protector of the universe. Or you can jump into arcade mode, playing quick matches against the CPU or with friends in local multiplayer. HyperBrawl Tournament‘s roots started as a casual party game, and so there’s a lot of fun to be had here. Teaming up against friends in your living room is a riot, but you can make the proceedings more serious, if you wish. The game’s online Blitz mode allows for serious high-level competition; you’ll play against others to climb the leaderboards and build up an impressive win streak. 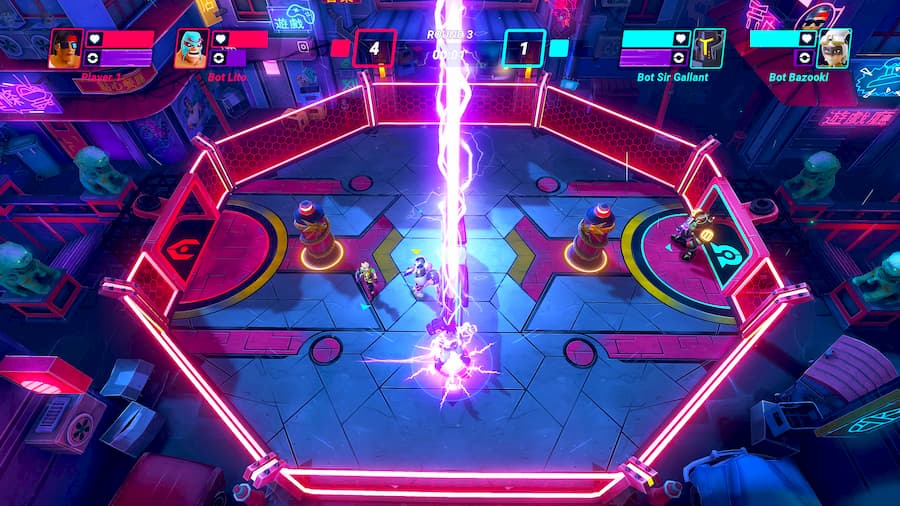 However you play though, a game of HyperBrawl Tournament is designed to be fast-paced, energetic and fun. There’s a roster of well-designed characters to choose from, along with various weapons to equip. No matter which player you choose, you have a series of moves available to you: you can run with the ball, pass to a teammate, dive, or attack an opponent. The game’s secret weapon, though, is the Hypercurve. This lets you control the ball mid-air, steering it around obstacles and opponents. Master the Hypercurve to truly master the game.

Milky Tea Studios has worked hard to ensure the gameplay is the sole focus here; that means arenas have been carefully designed to be fun and functional, but not too distracting. They’re all rather small, but perfectly sized to really get into the nitty-gritty of the action. There’s a variety of arenas on offer, some adding in small obstacles, but all adequately soaked in neon to provide an ideal backdrop. 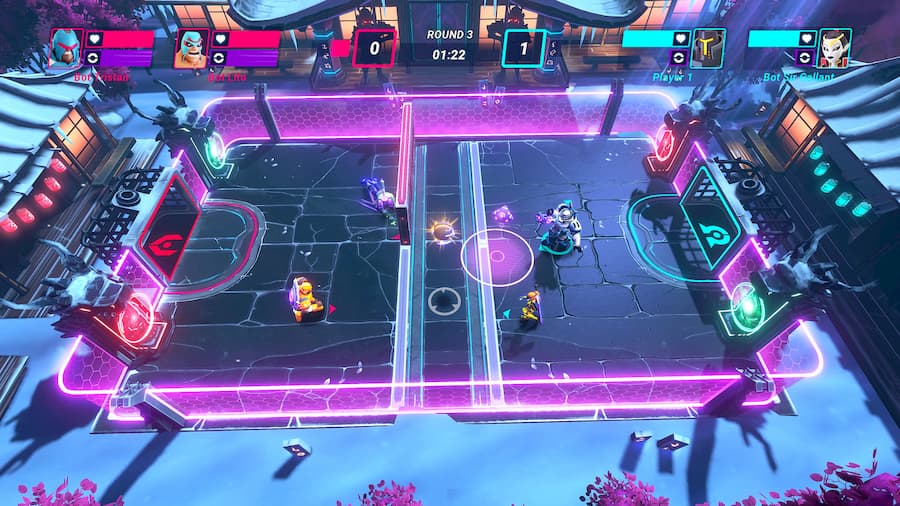 The visuals aren’t the only thing that gives the game a retro, 80s vibe. The game’s soundtrack has been created by Steve Levine, a music producer who’s worked with the likes of Culture Club and other iconic 80s artists. He’s known as the “master of synth”, and that really comes through in HyperBrawl Tournament‘s soundtrack. Inspired by the likes of Blade Runner and Nicholas Winding Refn’s Drive, it’s pumping, upbeat and really drives the action.

There’s a lot to be excited about when it comes to HyperBrawl Tournament. Even as someone who isn’t a lover of multiplayer games, the multiple ways to play are really appealing. Whether you want a casual party game with friends, or see yourself as the HyperBrawl Tournament World Champion, there’s something to suit. And the fact it comes dressed in a handsome package, complete with sumptuous visual effects and one hell of a soundtrack, really helps.

HyperBrawl Tournament is set to release on PC, PS4, Xbox One and Switch this autumn. You can play now on iOS via Apple Arcade. To find out more about the game, visit the official website.