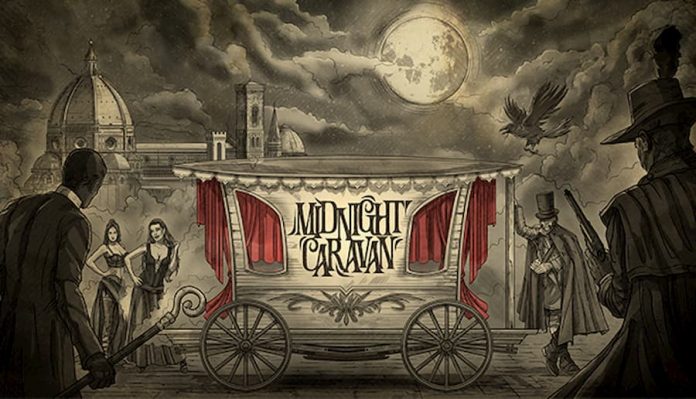 Try to avoid your complicated past in Midnight Caravan.

Making moral choices in a video game seems easy until you’re faced with them. Then you’re wondering what consequences can come from making the right or wrong choice. Many games have twisting turns, unexpected events and cliffhangers. And the games that do it right manage to keep players intrigued for the whole story. Midnight Caravan, from developer Gamera Interactive, has players not only making difficult moral choices, but choosing everything for their character in a choose-your-own-adventure style game.

Midnight Caravan launched into Early Access on Steam last week, and it makes a great first impression by giving the player decisions to make from the very beginning. You get to decide what kind of person your character is as well as what choices he’s made in life up to that point.

No matter what you choose, you’ll be following the story of a man who is the leader of a small caravan of misfits and outcasts. He’s on the run from a villainous man and the image of him haunts his nightmares.

Often, playing Midnight Caravan feels like you’re reading a book. The dialogue and prose are very well-written and make for an engaging and entertaining story. As you continue on, though, making decisions becomes a real highlight. What fate will befall the main character as he lives with the nightmares of his forgotten past? Will his contacts betray him? Will his caravan be investigated under some kind of suspicion? 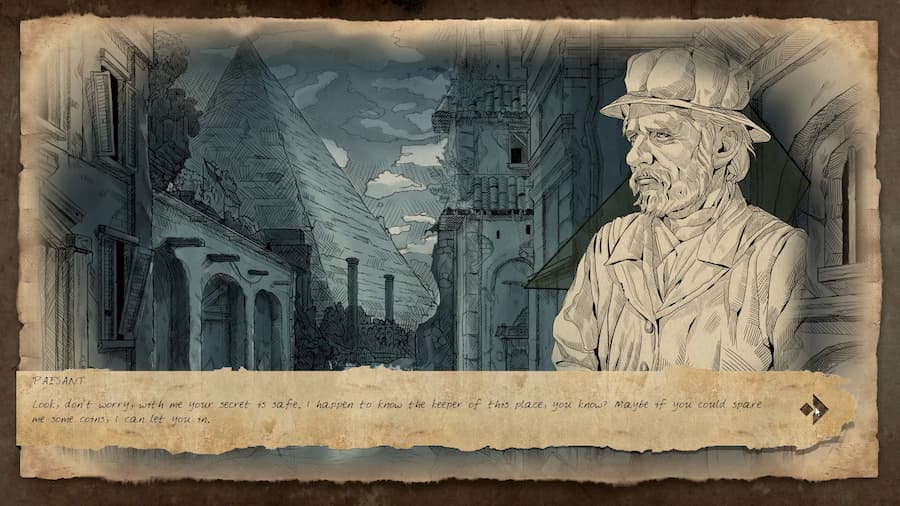 As you play, more and more political issues and intriguing plots are revealed. There are twists, turns and secrets around every corner; and with tonnes of different events and characters to speak to, Midnight Caravan already has a high replayability factor.

You’re also in charge of keeping track of the caravan’s fame, suspicion, coins and health. You can’t simply go around making quick decisions for the caravan; act without thinking and you’ll soon find yourself making a wrong turn and sending the caravan spiralling down a bad path. Planning things out, being consistent and paying attention to your stats is key to succeeding in the game.

Midnight Caravan‘s story is brought to life with fantastic art. Its visual style fits well with the game’s theme, appropriately illustrating the time period in which it’s based. Its setting and characters appear to be hand-drawn, and the background itself looks like an old wrinkled piece of paper. Small details like that really show the time and effort that have gone into bringing Midnight Caravan to life. 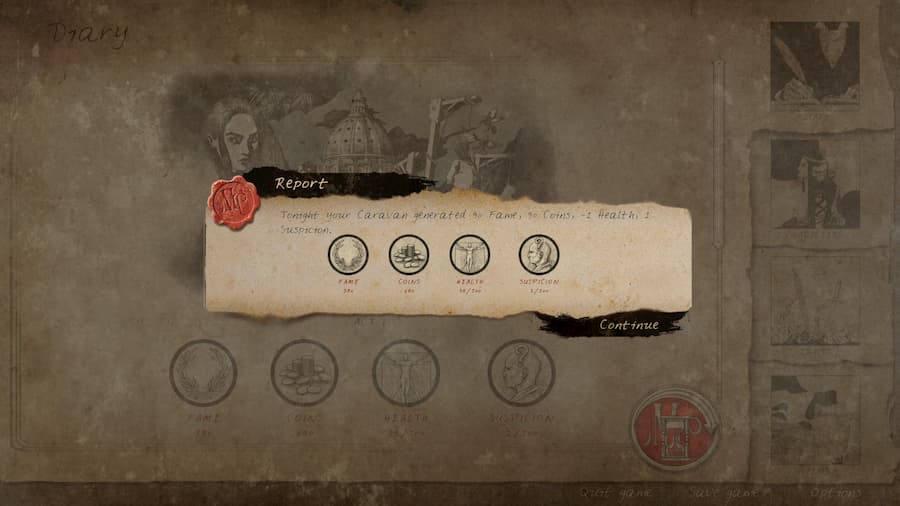 Despite its Early Access status, Midnight Caravan feels like a finished project. The full game is already available to play, with Gamera Interactive instead working on multiple localisations and gathering player feedback during the game’s time in Early Access.

With tonnes of different random events to encounter, I’ll certainly be going back into Midnight Caravan to discover more of its stories. It feels like a classic choose-your-own-adventure and pulls you into its world from the very first lines of script. With great art and music to tie it all up, this title is definitely one for players to put on their radar.

Midnight Caravan is available now in Early Access for £7.19/$9.99. A full release is planned to arrive before March 2021.