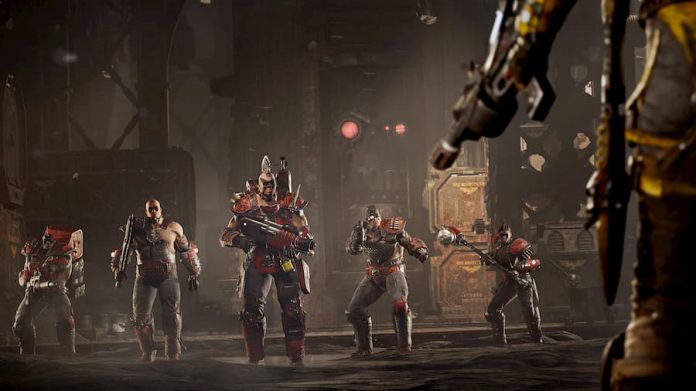 You could quite easily write Necromunda: Underhive Wars off as a bad game after just a few hours of play.

You shouldn’t though; based on the popular Games Workshop tabletop war game, Necromunda: Underhive Wars does have some things going for it. Unfortunately, you’re just steered away from them at the start. Though there is one thing that will turn off some players from the get-go regardless of how they jump into it: its laborious pace.

Necromunda: Underhive Wars is a turn-based strategy RPG with a difference; the action isn’t viewed from an overhead viewpoint, and the arenas in which you do battle aren’t presented as grids. Instead, each turn, the player and the CPU takes control of units in their gang, one after another, moving them about using a third-person viewpoint. It instantly makes the game feel unique, though it’s perhaps required when said arenas exhibit so much verticality.

When taking control of a character there are two constraints to consider: AP and MP. MP are your movement points, determining how far you can travel on one turn. Action points, as you’ve probably guessed, are used to perform actions, and that includes everything from shooting a gun to transferring an item from a container you’ve just looted to your backpack. If you’ve not travelled all that far, you’ll be happy to find that most characters have a skill that enables them to convert some of their MP to AP as well, enabling them to perhaps get a couple more attacks in on opponent.

It’s an interesting system overall, especially considering that you can still move after performing an action, allowing you to do quite a lot with a single character during their turn. But it comes with a devastating caveat: you also have to watch your opponents carrying out all of their manoeuvres. It slows the pace of the game down to a crawl, basically, as you spend just as much, if not perhaps more time watching your opponents going about their business as you do moving your own units. It doesn’t help that your opponents are often as dumb as a bag of bricks, moving back and forth before deciding on what to do, gleefully walking through hazards, or simply using pointless buffs. 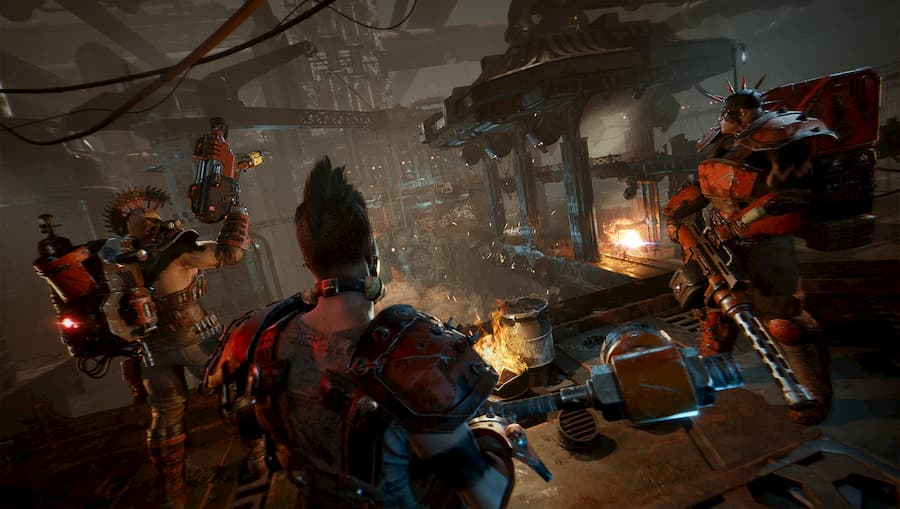 When the CPU isn’t being an idiot, however, Necromunda: Underhive Wars is rather enjoyable. It takes a while to get used to its finicky control system, and it really doesn’t explain many of its mechanics to you well, but once you’re on top of everything you’ll find yourself genuinely engaged from one battle to the next. Well, at least once you’ve left the confines of the game’s piss-poor story mode.

Necromunda: Underhive Wars‘ story mode is seemingly meant to serve as an introduction to the game and its mechanics, throwing you into various missions with each of the game’s three main factions. The trouble is, aside from the story itself being dull, many of the game’s more interesting elements are held back. Jump into story mode from the outset, and you’ll wonder why the game is described as an RPG. After five or six missions, you’re likely to become a bit bored by the whole affair.

Thankfully Necromunda: Underhive Wars has an option for you to create your very own gang; it just deters you from doing so by informing you that it recommends you beat the story mode first. I suggest you don’t. Creating your own gang and leading them to victory in the Underhive is actually the true meat of Necromunda: Underhive Wars, not its disappointing story mode. It’s where, if you really get into the game, you can spend tens of hours developing your very own gang of miscreants while engaging in both PvE and PvP battles.

After choosing the faction your gang is affiliated with, determining its perks and bonus stats, you’ll be glad to find you truly are in control. It’s up to you to choose your leader and additional party members, including their classes. You can customise their look, too, and as they’re used in battle, they gain experience which can be used to learn new skills and improve their attributes. Necromunda: Underhive Wars’ character development is actually quite deep, but you wouldn’t know that from simply jumping into its story mode. 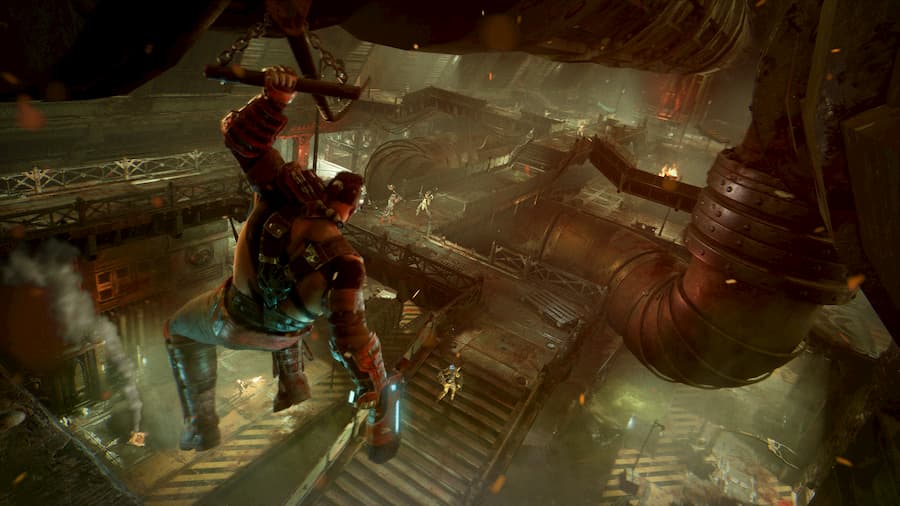 With your own gang, you can jump into operations or skirmishes, competing against up to three other gangs across a range of objectives. You’ll earn valuable experience along the way, and also loot that has a variety of uses. If you’ve gone up against an enemy that has an interesting weapon, for example, you can take it from their corpse after you’ve defeated them in battle. Containers strewn across the battlefield, on the other hand, might contain valuable items you can sell at the shop when back at your hideout.

Ultimately then, Necromunda: Underhive Wars is actually a pretty decent strategy RPG once you dig into it. It does itself a great disservice by simply being obscure and steering you towards its boring story mode from the outset, but go against it and create your own gang and you’ll find an experience that is hugely rewarding. There is still the issue of its turtle’s pace to overcome though – hopefully developer Rogue Factor can patch in an option to speed up the gameplay when you’re watching the CPU.

Necromunda: Underhive Wars is available on PS4, Xbox One and PC. We reviewed it on Xbox One X with a code provided by the game’s publisher.