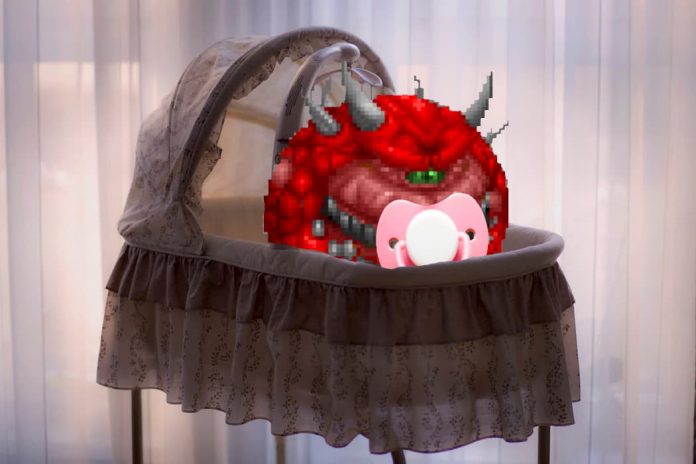 Not words you’d expect to hear in an antenatal clinic – but but now you can run DOOM on a digital pregnancy test, we’re one step closer to actual demonic births. Probably.

“But can it run DOOM?” has long been a running joke; the revelation that you can get id Software’s 1993 shooter running on almost any piece of hardware, from fridges through to cash machines. But now enterprising programmer Foone has put it on a digital pregnancy test.

It’s not pretty, but it’s one hell of an accomplishment given the tiny screen and limited hardware capabilities of your average digital pregnancy test. Foone previously had the test displaying footage of DOOM and Skyrim in action, but the test was just acting as a tiny monitor. Their latest accomplishment has DOOM running on the test itself.  It’s hard to make out quite what’s going on, but it’s technically playable, even if you’re likely to get your face clawed off by an Imp you can barely see.

Yesterday I had a lot of retweets and reddit posts and such for playing Doom on a pregnancy test.
But as I explained then, it wasn't really PLAYING on a pregnancy test, it was just a video being played back, not an interactive game.

Well, now it is. It's Pregnancy Test Doom! pic.twitter.com/Nrjyq07EVv

The way this development came about is almost as interesting. Following on from another’s tweet, Foone took it upon themselves to investigate the contents of a digital pregnancy test. What they discovered was eye-opening to say the least; instead of there being some complicated chemical analysis going on, all it does is reads the piece of paper concealed inside the test. Yes, instead of paying for a little strip of paper, you’re paying for a machine that reads the little strip of paper. We’ll stick with playing DOOM, thanks.

While we won’t be ditching our Nintendo Switch for Doom on a pregnancy test, it should at least make gender reveal parties more fun. 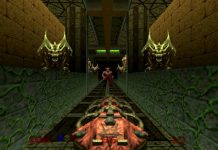