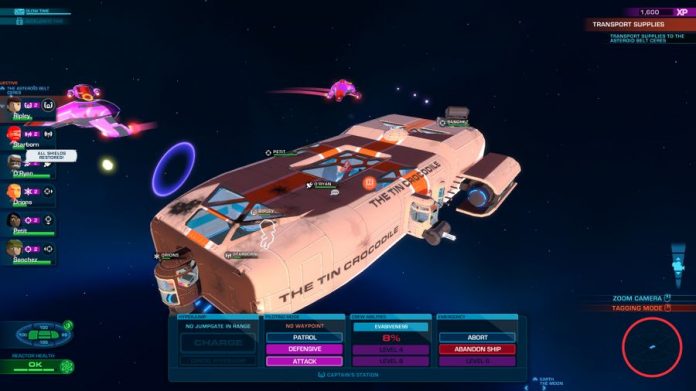 Ever wonder where Star Trek’s background characters go? They just sit there, diligently operating a console, then never show up up again. If Space Crew is anything to go by, they retire in body bags.

Redshirts at least die for a cause; furthering the menace of the monster of the week. Previewing Space Crew, I went through at least seven NPCs who expired simply because I couldn’t spare the staff to revive them. Space Crew, however, has to shoulder some of the blame.

I hadn’t played Bomber Crew, Space Crew’s WWII-based prequel, so I was unprepared for this PC space-sim’s adorable aesthetic. Surely, nothing bad could happen to Picard Jr and his crew? Wrong. Half an hour later, I was triaging my crew (based on their gunnery skills), when the rear hatch flew open and an alien assault team breached the S.S. Free Hugs. It didn’t end well.

If this scenario sounds a little familiar, it’s because Space Crew has a lot in common with FTL, a title which also has you roaming space, managing your crew and fending off alien attack, inside and outside your craft. Space Crew is a tad more forgiving however, since losing your crew isn’t the end – there are more mugs waiting back at the spacedock – but it’s still going to tax your leadership skills.

Charged with delivering supplies, do you take a shortcut through a hazardous zone, just to get their a little faster? Or do you take a longer route knowing that, even though it’s technically safer, you’re at risk of being attacked twice? Should you shut off your ship’s gravity, diverting power to shields, knowing that if the ship does take internal damage, your floating crewmembers will take twice as long to put out that fire? Decisions, decisions. 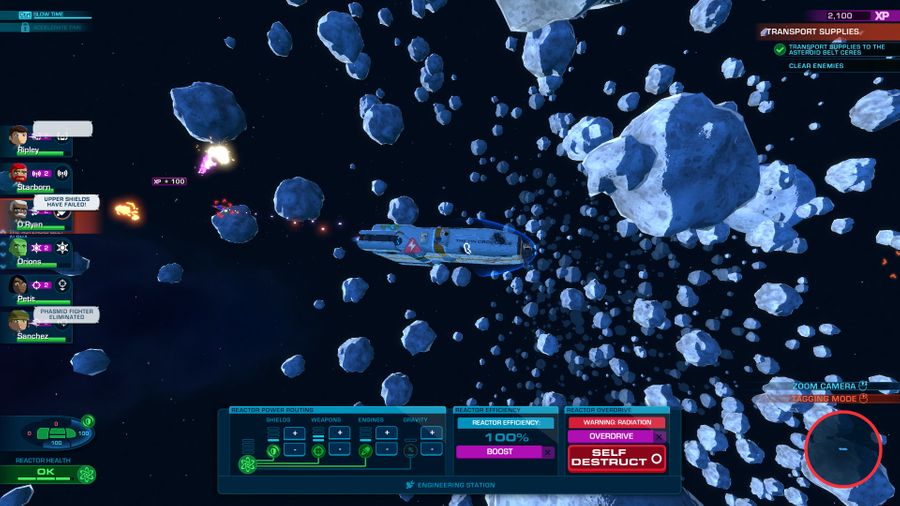 Mercifully, you do level up as you roam through deep space; aside from your crewmates learning more, you unlock additional upgrades which can be spent on better weaponry. Whereas FTL focused on short trips, there’s much more back and forth in Space Crew. So unless your ship is entirely annihilated, you’re in it for the long haul.

Speaking of being entirely annihilated, you don’t have direct control over ship-to-ship combat. You can assign your crew to various gunner seats, but once you spot an enemy fighter, they take over and start blasting away. Initially, I found that a little disappointing, but it let me focus on micromanaging my ship, which is Space Crew‘s real focus. 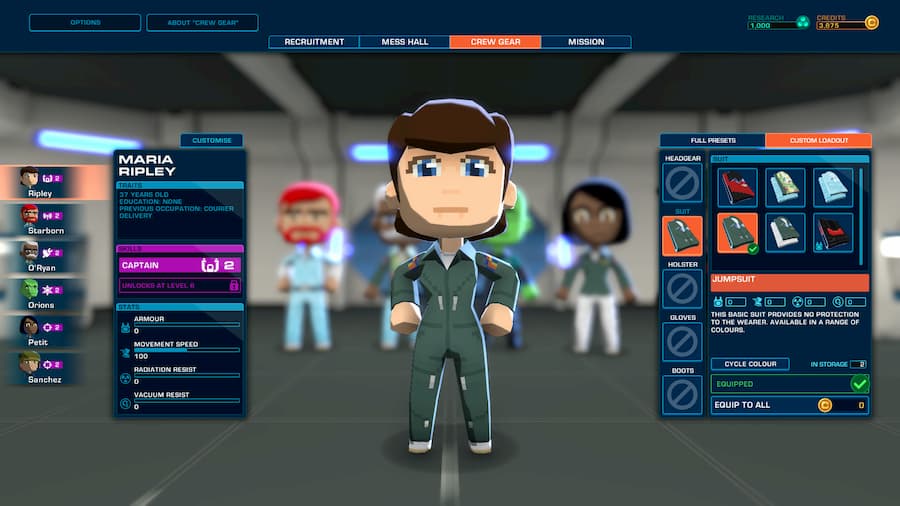 Space Crew‘s difficulty is so pitched that you have to get involved to get the most out of it; activating a crew member’s “focused fire” ability may give you the edge, enough to see off your foes. Likewise, choosing who gets to operate the brand-spanking-new plasma cannons can be critical. If you’re looking for a massive ship-to-ship battles, with fleets big enough to blot out the suns, that’s not Space Crew‘s lot.

I definitely had fun dipping into Space Crew, though my one gripe is that you have to tag ships for your crew to start firing at them. There was a point when a couple of alien fighters were flying alongside my ship, firing at it, and my crew failed to return fire. It was only when I tagged the fighters that they started shooting; until then, they hadn’t even pressed their arses against the portholes.

If you want an intimate space-faring experience (but not in the Mass Effect sense), Space Crew could be right up your street. You can take to the stars when Space Crew launches on Steam on 15th October. If you want to try it out for yourself in the meantime, a free demo is available to download.