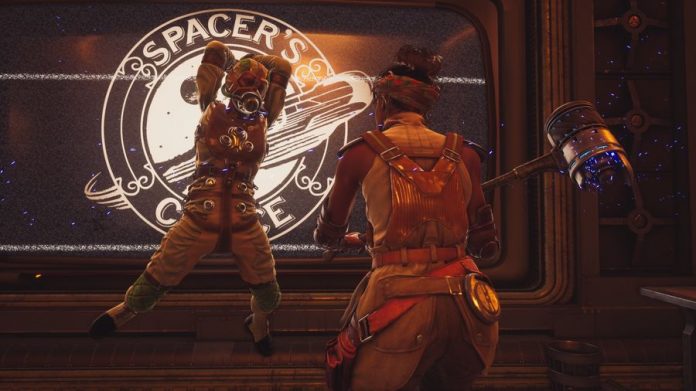 Welcome once again to The Outer Worlds.

The first DLC for The Outer Worlds, Peril on Gorgon promises to deliver a pulp sci-fi tale that sees you picking through the Halycon Corporation’s dirty laundry.

And, on the whole, it delivers. With scarcely a skidmark in sight, you’re off on a merry chase around Gorgon, a planetoid that’s the site of the corporation’s now-abandoned research facility. Gorgon’s not as massive as you might have been led to believe (you can traverse it in about four minutes, barring enemy encounters, and power through it in a few hours) but it’s more open than The Outer Worlds‘ other locales. You’ll still stumble across the odd sealed door, but you never feel penned in. For anyone who drifted in from Skyrim, that’s a real boon.

As you might expect, there are some new enemies to tangle with in Peril on Gorgon, such as the too-cute-to-killl shiverpillar, which will have you cooing as it chews on your guts. When you’re not following the trail of Gorgon’s missing scientist, you can roam the oddly luminescent caves or mix with the locals.

I got a kick out of how little the populace actually care about the suspect creatures that may or may not have been brewed up in the labs. While the evacuation siren is blaring, they’re knocking back pints in the local pub, or poking around for salvage. It’s a welcome contrast to The Outer Worlds‘ settlements, where everyone either serves the corporation tirelessly or hates them with a vengeance. Here, Halycon is gone and no-one gives a hoot. 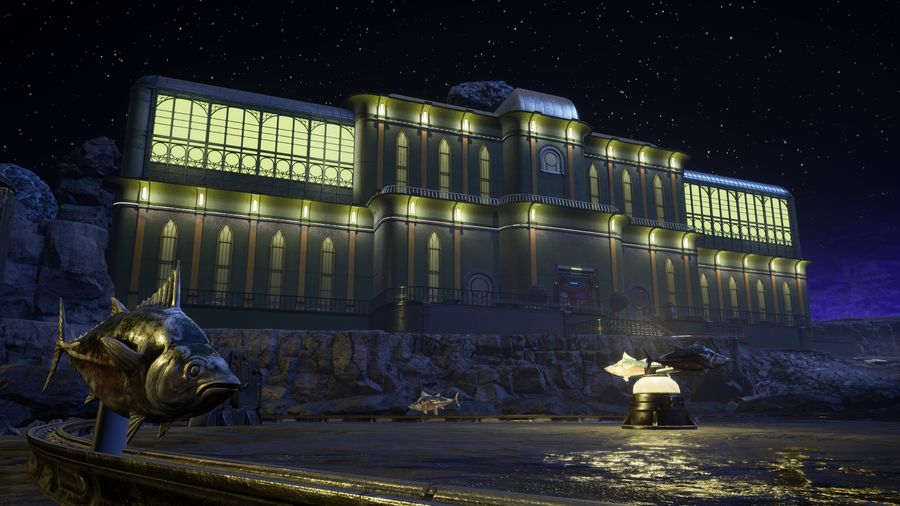 That’s not a bad thing, but there are so many hooks that could have been explored. The opening, for example, where you converse with the sole occupant of a gloomy mansion, is pure Roger Corman. But, despite the promise of ghoulish terrors lurking in the darkness, you mostly end up dealing with marauders.

If you’re tackling Peril on Gorgon on your own, you’ll be grateful that it raises the level cap, since these yellow-suited foes can easily give you a run for your money. It does tie in nicely to The Outer World‘s existing lore, but I expected more than a recycled foe. And while the DLC’s story aspires to keep you guessing until the end, it’s patently obvious who Peril on Gorgon‘s mysterious antagonist is. 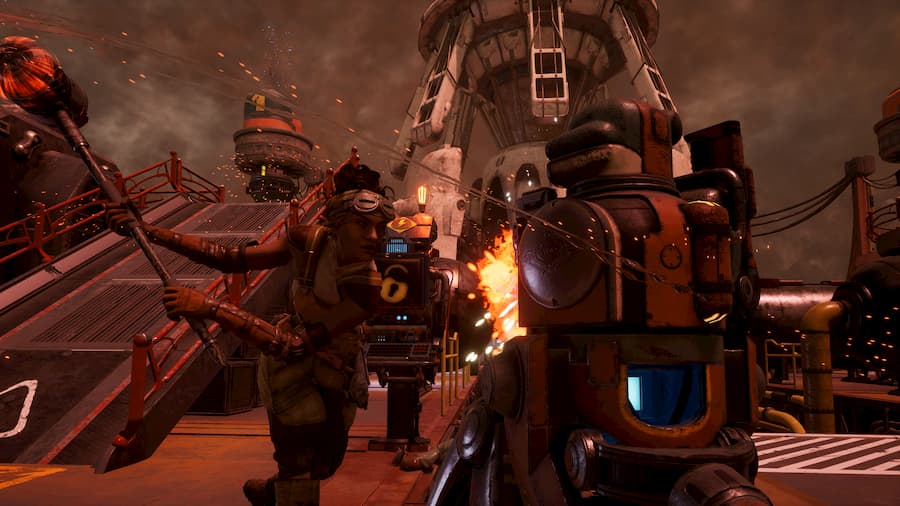 If The Outer Worlds left you cold, Peril on Gorgon isn’t going to convert you; it doesn’t break new ground, and the detective shenanigans you get to up to are rarely more complex than punching the right person in the face. But that’s a joy in itself, particularly if you just know the NPC in question is about to offer you a quest.

Peril on Gorgon is an entertainingly substantial chunk of The Outer Worlds content, with a handful of side-quests that will keep you poking around the planet until you’ve seen every inch. It may not push the envelope, but it’s good, clean, corporation-crushing fun. And it’s made me eager to see just what the The Outer Worlds’ next expansion will bring.

The Outer Worlds: Peril on Gorgon is available on PC, PS4 and Xbox One. We reviewed the DLC on PC with a code provided by the publisher .