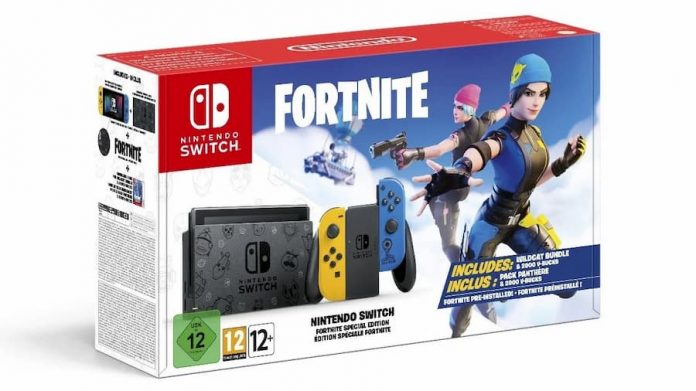 Fortnite players will be running over each other to get to this.

Nintendo has been hard at work keeping players happy during this unprecedented time. Once again it has brought joy to much of the gaming community as: it’s just dropped news about a limited edition Fortnite-themed Switch console.

The joy-cons are a bright orange and a dark blue colour. The Switch dock has a Fortnite design on it featuring hats, masks, and characters from the game. The back of the console itself also features Fortnite designs – some in black and some in white.

The Fortnite Limited Edition Nintendo Switch is set to release on 30th October in Europe, and 6th November in Australia and New Zealand. A North American release has not be

A price has not been confirmed for the European release of the Switch, but the Australian Switch has a suggested retail price of AU$465.95. The Switch’s standard RRP of £280 would make sense in the UK. [Nintendo Life]