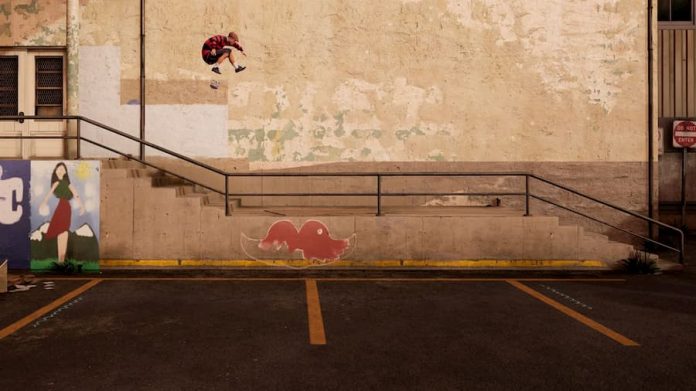 If you’re a gamer of a certain age, there’s a good chance that you’ll have fond memories of Tony Hawk’s Pro Skater.

Released on the original PlayStation in 1999, Tony Hawk’s Pro Skater is one of the best games of all time. It made gamers like me want to learn how to skateboard – in my case I soon realised that to get good I’d have to get injured a lot and then quickly gave up. In the digital environments provided by the game, however, I was a pro, pulling off spins, kickflips and grinds like they were no challenge at all.

A year later, Tony Hawk’s Pro Skater 2 arrived, putting the skills I’d learned further to the test. It was simply bigger and better. And of course, Activision didn’t leave it there; there were many more sequels in subsequent years, causing the series to eventually lose its spark. The last mainline entry, 2015’s Tony Hawk’s Pro Skater 5, was a catastrophe even. Vicarious Visions is hoping to get the series back on track, however, and with its combined remake of both Tony Hawk’s Pro Skater and its sequel, it’s definitely achieved it.

It brings back fond memories launching Tony Hawk’s Pro Skater 1 + 2 for the first time. All the skaters are back, though suitably aged which is a nice touch, with some new ones added for good measure. Many will also be happy to find that you can create your own skater, too, and there are enough options to truly make them your own. Then, when you’ve selected or created a skater and are ready to go, you’ll find that the career modes of both games are available from the outset, and you can jump between them at will.

The levels of Tony Hawk’s Pro Skater and its sequel are pretty much exactly how you remember them, only now better looking than ever. Though better looking doesn’t necessarily mean prettier; some of the levels have also been noticeably aged, just like the skaters. The mall, for example, is now in ruins after being abandoned. Its layout remains the same, but its atmosphere is even more eerie than before. It’s the little touches like this that show that Vicarious Visions has really put some thought into this remake. 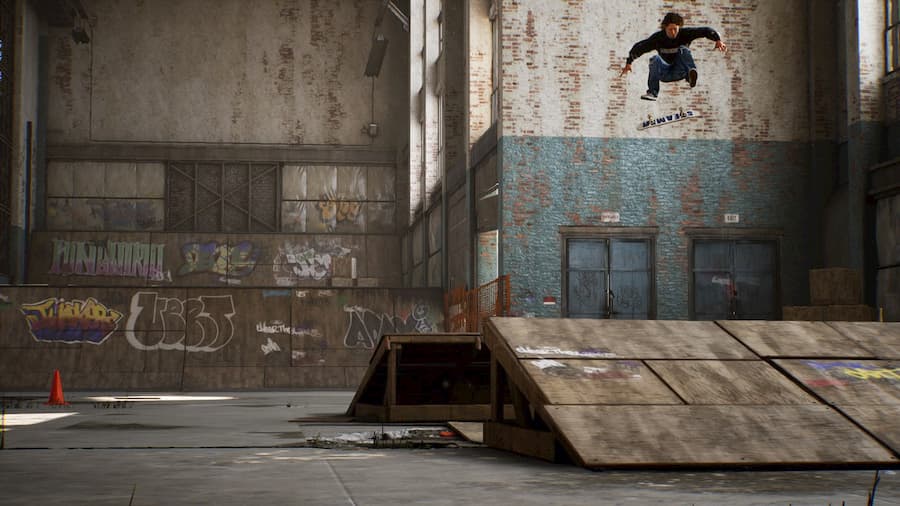 How you progress through each game’s career mode also remains the same. You have two minutes to complete a range of objectives, though you’re not expected to do everything in one go. There are the letters S-K-A-T-E to collect, for example, specific tricks to pull off in certain places, a secret tape to find, and numerous score targets to beat. At times, Tony Hawk’s Pro Skater 1 + 2 feel as much a platform game as it does a sports game. You’ll find yourself exploring each environment, trying to locate the items you need to collect and how you get to them.

The levels of Tony Hawk’s Pro Skater 2 are even more complex, with areas that can only be accessed after completing various tricks or objectives. It adds another layer to your skating endeavours, with you really having to find the best routes to complete one or more objectives in the provided amount of time. In both career modes there’s also the odd conventional skateboarding competition along the way. You’ll have to pull out your best tricks and lines across three heats, with your attempts rated by judges. You’ll have to really impress to win a gold medal. 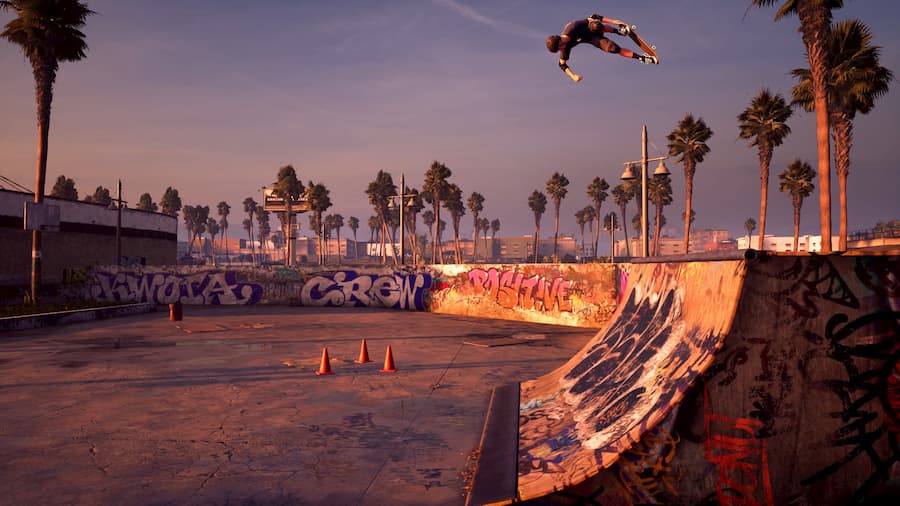 If you’ve played and completed these games before, you’re likely to have a blast making your way through their respective careers in this remake. Though you might do so in just a handful of hours if you still have the locations of various collectables etched in your mind. Those new to them won’t breeze through so fast though. Plus, the career modes of Tony Hawks Pro Skater 1 + 2 aren’t the be-all and end-all. For many, the real fun will come from mastering each level and pushing to achieve the best scores they possibly can with the hope of cracking the online leaderboards.

There’s more, too. Each level has new special collectables to obtain, many of which require some serious skills. The stat upgrades strewn across each level also need to be collected with each available skater if you want to max out all of their abilities. And that ties into one of the biggest new additions to Tony Hawk’s Pro skater 1 + 2: the introduction of challenges. There are an overwhelming number of challenges to complete, rewarding you not only with experience and cash, but also unlocking new cosmetic items, additional trick slots, humorous cheats and more. Overall, there are plenty of reasons to keep plugging away at Tony Hawk’s Pro Skater 1 + 2 long after you’ve completed all of its career objectives.

The ability to create your own skate parks is the icing on the cake, to be honest. Already players have created some fantastic parks to skate around, as well as some ridiculous ones. And there’s multiplayer – both online and offline. It’s a shame that fan-favourite mode HORSE is limited to local multiplayer only, but those who are truly competitive will find enough online modes to keep them occupied. Playing online can be a humbling experience, however – there are some truly skilled players out there. 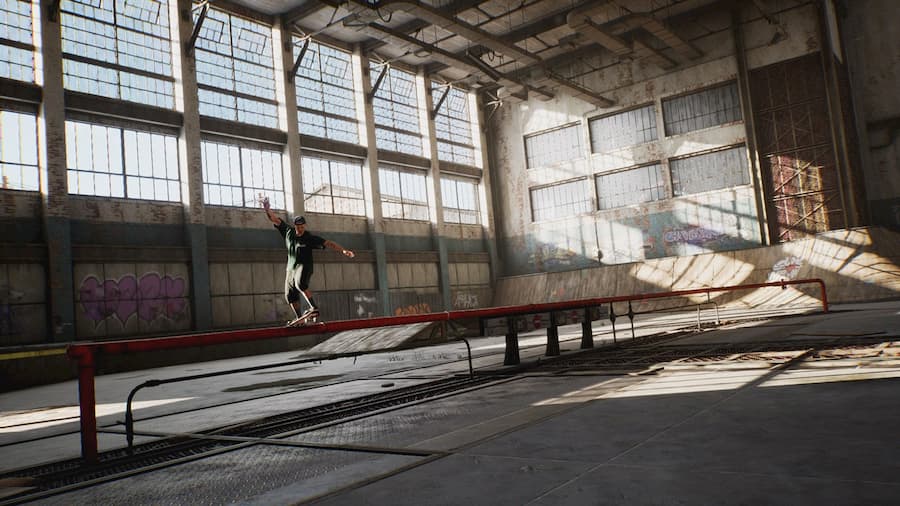 But it’s how Tony Hawk’s Pro Skater 1 + 2 plays that really makes it a success. The controls are so intuitive and responsive; those who played the originals back in the day will feel right at home, while those who are new will no doubt pick them up quickly and have no complaints. Mechanics from later entries in the series, such as revert, have been expertly implemented too, so it doesn’t feel dated. More importantly, everything is so polished – it all just feels so fair and tight. When you mess up you don’t feel aggrieved, like the game failed you in some way; you just pick yourself and strive to be better. It perfectly encapsulates the mindset you need to be a serious skater.

Tony Hawk’s Pro Skater 1 + 2 is exactly how a remake should be done. It has all the elements that made the original games great, but then adds to them, making the overall package deeper and more rewarding. Whether you’re a fan of the original games seeking a blast of nostalgia, or jumping in for the first time, you’ll be absolutely engrossed in the tight gameplay that this package offers. Tony Hawk’s Pro Skater 1 + 2 is the best skateboarding game available right now. It’s as simple as that.

Tony Hawk’s Pro Skater 1 + 2 is available on PS4, Xbox One and PC. We reviewed the PC version with a code provided by the game’s publisher. 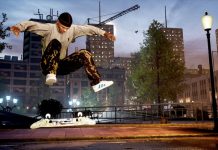 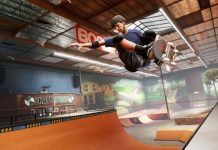