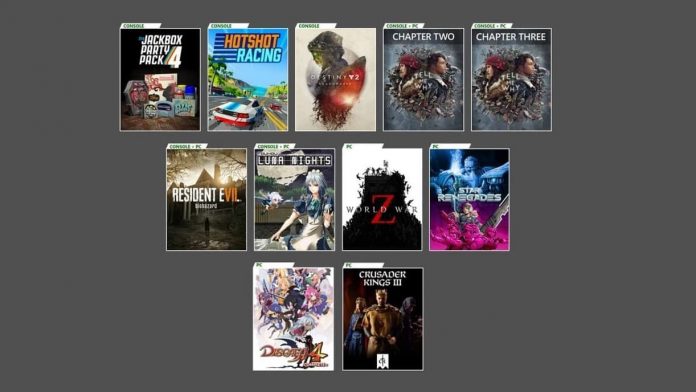 It’s September! You might not have noticed, what with the last few months being one big lockdown blur, but it means that Microsoft’s Xbox Game Pass is getting a new selection of games.

Despite the name, Xbox Game Pass lets you download a wealth of PC and Xbox games. It costs £7.99 a month to access Game Pass’s PC or Xbox library, or £10.99 to get your hands on Game Pass Ultimate, giving you access to both – as long as your subscription remains paid up.

This month, Xbox Game Pass for console subscribers can play:

PC Xbox Game Pass subscribers, on the other hand, get:

There are a few gems here, and a real mix of genres. Having reviewed the full experience of Tell Me Why last week, we called this episodic adventure “Dontnod Entertainment’s best game yet”. Resident Evil 7 may lack the PS4’s VR mode, but it’s still an excellent horror outing that breathed new life into the ailing Resident Evil franchise. And if athletic zombies are your thing, World War Z is an excellent Left 4 Dead-style squad shooter, licensed from that Brad Pitt film that bore no resemblance to the book is was supposedly based on.

Xbox Game Pass has evolved into a worthwhile service, to the point where many new games are debuting on Game Pass. Microsoft Flight Simulator, recently launched on the PC, may be a hefty 150GB download but if you’re a Game Pass subscriber, you get your hands on it for free. Crusader Kings III, which we said was “everything fans of the series could have hoped for – and more” is also already available on Game Pass for PC. Destiny 2 (and two expansions) will also be dropping onto the Xbox One in September, though there’s no confirmed date yet.

Given that you can try the service for a £1 (though the service continues at full price if you don’t cancel), it’s worth a look.