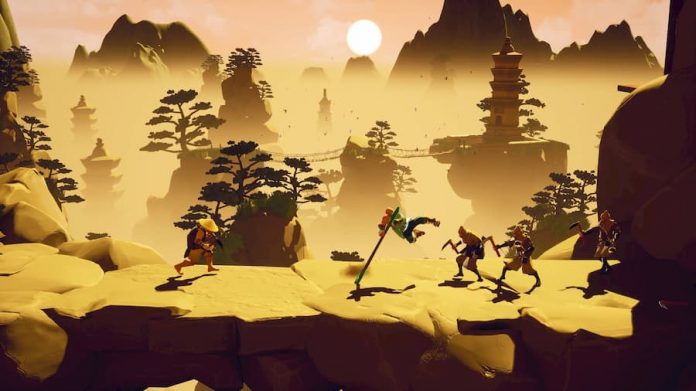 Ruffians have ransacked your village and killed your family and friends. You, as Wei Cheng, did all you could do to stop them, but it wasn’t enough – you’re left for dead. Thankfully some monks found you before you slipped off this mortal coil, and have nursed you back to health. And though you may only seem like a simple fisherman, you’re actually skilled in combat. So of course you’re going to try and get revenge. Well, once you’ve brushed up your skills.

A modern-day take on the traditional side-scrolling beat ’em up, 9 Monkeys of Shaolin‘s focus on the story of Wei Cheng means that he’s the only playable character. So, you won’t be going back to play through it again with another completely different moveset once you’re done with its multi-chapter campaign. Not that you’d probably want to, anyway; its running time is lengthier than others in the genre, and manages to outstay its welcome. On the plus side, the character you start the game with isn’t the same by the end; Wei Cheng learns multiple new abilities throughout his adventure, and can further develop them with skill points.

Initially Wei Cheng can only use standard attacks – slashes, thrusts and kicks. It’s not long until he learns how to channel his Qi into these attacks, however, enabling him to perform empowered strikes. Then he learns how to make use of powerful acrobatic skills that can be used to get him out of a tight spot. And finally, he learns how to use seals, which impair the enemies around him. By placing skill points earned by completing stages in the skill trees of each of these abilities, they can be made more formidable and versatile. But as Wei Cheng, you can’t just rely on your offensive skills to get you through your journey successfully – it’s imperative you also learn when to dodge and when to parry.

As ever, in each of 9 Monkeys of Shaolin‘s stages you move from left to right, beating up a wide range of goons as you go. Most will come at you with melee weapons, but lurking in the periphery of battle will be some armed with ranged weapons such as blow pipes or rifles. Reflecting the attacks of these cheeky opportunists is often the only way to take them down, and it’s achieved by performing a well-timed parry, at least in the early stages of the game. Some melee enemies can only really be opened up by parrying their attacks, too. All told, there’s probably too much parrying to be done in 9 Monkeys of Shaolin, though it does calm itself down a bit with the ranged attacks as you progress further, and you gain new ways to deal with them. 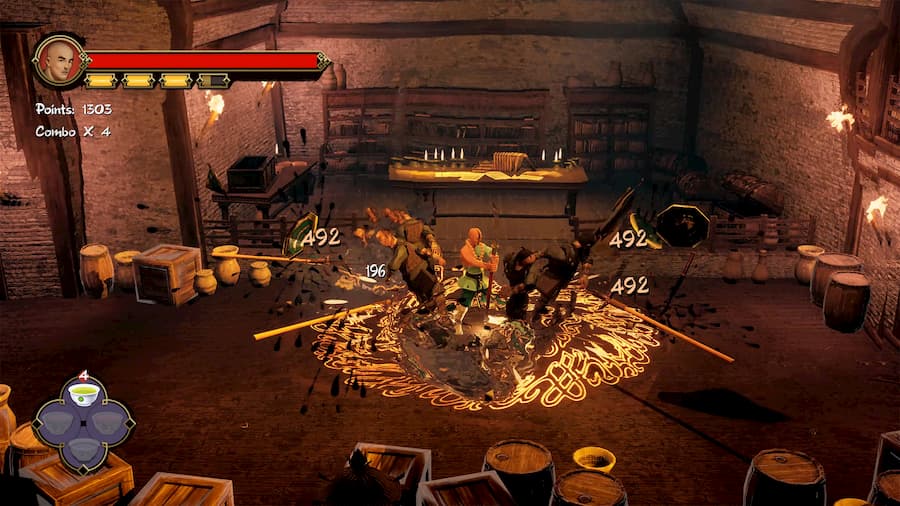 Rather than forcing you to complete one stage after another in a linear fashion until the game is complete, 9 Monkeys of Shaolin often presents you with multiple stages which you can tackle in the order you see fit. A hub area between each stage also grants a brief respite, and allows you to replay stages you’ve already beaten or missed from previous chapters, spend your acquired skill points, and change your equipment. You’ll unlock new weapons, beads and shoes as you play through the game, which each provide their own benefit. Some even have a profound effect on the gameplay, such as sandals that allow you to dash through enemies with great haste, rather than performing your laborious dodge.

I went through multiple stages of entertainment playing 9 Monkeys of Shaolin. Initially I was impressed by its fluidity and its solid combat mechanics, but aggravated by how often I was having to parry to kill enemies lurking in the background. Around the middle it went up in my estimation, with my expanded abilities and a pleasing number of new enemies providing some much needed variety. But as I pushed into the game’s final third, I began to grow tired of it. Too many enemies start to disappear into a puff of smoke when you try to attack them with your more powerful abilities, and it simply begins to feel like a grind. 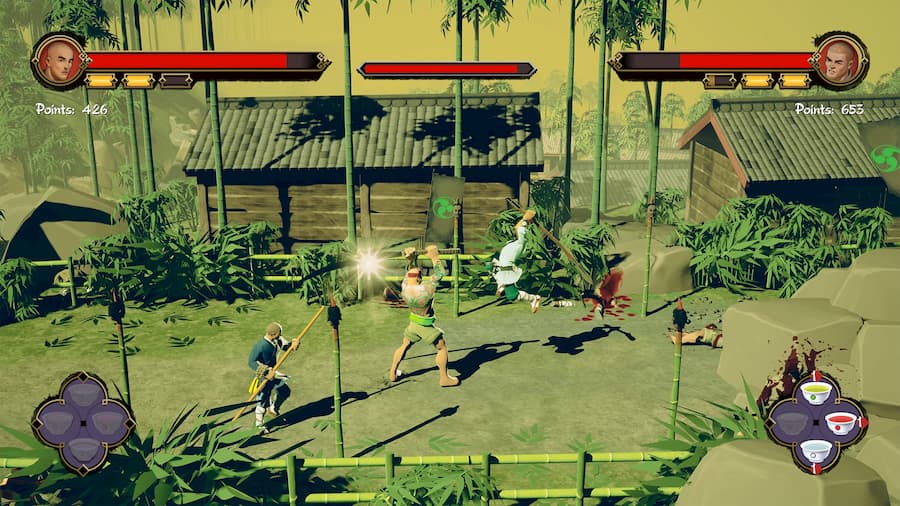 9 Monkeys of Shaolin looks fairly nice – or at least it’s got a unique art style that some will find appealing – and while its soundtrack isn’t particularly memorable, it does have decent voce acting. On normal difficulty it provides a decent challenge, too, though there are multiple difficulty levels to allow players to fine-tune the experience to their tastes. What really might swing it into ‘buy’ territory for some people is that it supports both local and online co-op; as ever, playing along with a friend makes the experience much more fun.

I pity any side-scrolling beat ’em up that releases in the same year as Streets of Rage 4, as it really is the pinnacle of the genre. 9 Monkeys of Shaolin is still worth a look for those who want more side-scrolling shenanigans though; it’s just not likely to wow them in any way. Everything about it is decent but nothing more, resulting in a romp that’s enjoyable enough in short sittings but tiresome in the long run. It tries its best, but it simply fails to excite like it should.

9 Monkeys of Shaolin is available on PS4, Xbox One, Switch and PC. We reviewed it on Xbox One X with a code provided by the game’s publisher.

Buy 9 Monkeys of Shaolin on Amazon 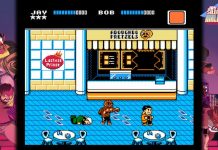 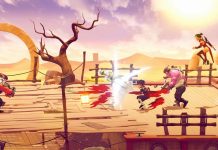