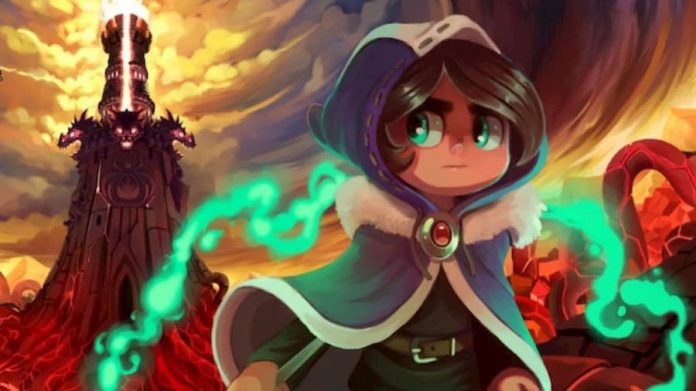 Retro games remind us what we loved about the past.

It was a simpler time. Games weren’t so complicated. They had simple controls and simple stories. As kids, we would spend hours finding each and every secret we could, just for bragging rights. Metroidvania Alwa’s Legacy from developer Elden Pixels takes everything that we love about retro games and puts them in a modern setting. You’ve got platforming, enemies and lots more to find as protagonist Zoe attempts to recover her lost memories.

Alwa’s Legacy is actually a sequel to Alwa’s Awakening, but you don’t need to have played it to jump in here. The evil sorcerer Vicar is the antagonist of this tale and he’s brought with him a huge slew of monsters for Zoe to take down. In the beginning, Zoe is only equipped with her staff, but as you progress, you’ll unlock new spells and special abilities to use against Vicar’s dastardly forces.

At the start of the game, you really only have two abilities: jump and attack. You’ll pretty much be dropped right in and given no direction as to where you’re meant to be going. You’re told that someone wants to speak with you, but other than that you’re left on your own. It’s pretty easy to get lost in the beginning.

Alwa’s Legacy‘s non-linear world means you’re largely free to wander around as you wish. Unfortunately, it takes a while before Zoe is equipped to deal with some of the more difficult monsters that she will encounter. Zoe only starts with three hearts, and if you touch or get hit by an enemy you’ll lose one of them. The game even keeps track of how many times you’ve died with a small “death counter” at the bottom of the screen, reminding you of your past failures. 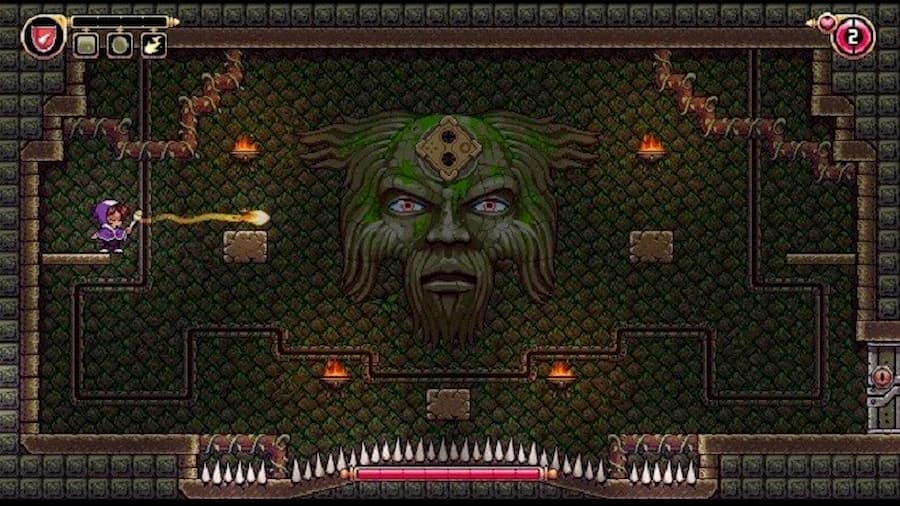 Thankfully, the upgrades that Zoe earns as you progress are very useful. One of my favourites is Zoe’s ability to slow down time. This gives players the opportunity to take their time with a room that’s proving to be more difficult than the others. You can only use one ability per room though, and they don’t recharge so you have to plan out your strategy carefully. Many of Alwa’s Awakening‘s puzzle rooms require you to use trial-and-error to figure what the best spells are for the job. It can get a bit frustrating, depending on the puzzle, but the satisfaction you get from solving one is the best.

Like all good Metroidvanias, you’ll spend a fair bit of time backtracking through Alwa’s Legacy as you unlock new abilities. It’s a lot of fun to discover new secrets; if you decide not to go back, you’ll miss out on a lot of great content. But outside of those secrets, Alwa’s Legacy doesn’t do much of anything to surprise or awe the player. It doesn’t particularly stand out against some of the other stronger contenders in the genre. 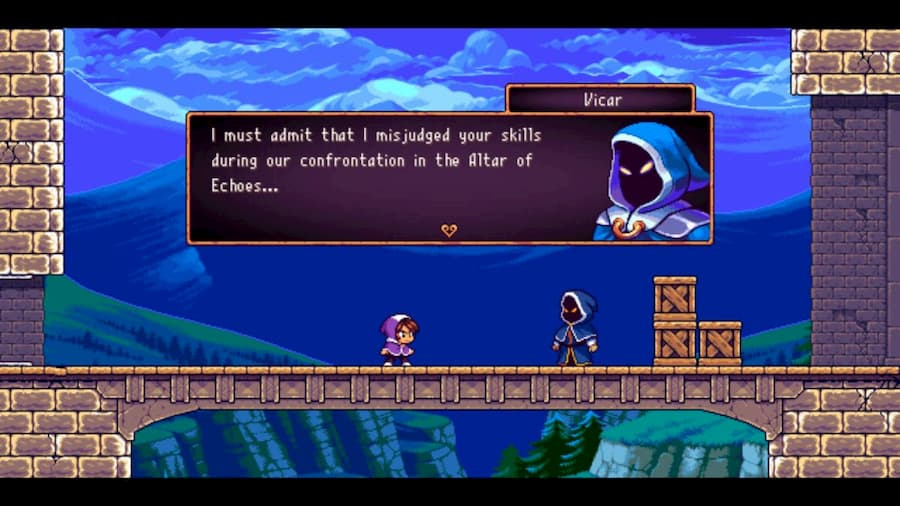 Alwa’s Legacy is easy enough to pick up, but its combat can be unforgiving. You’ll want to be especially cautious when climbing ladders; enemies can not only damage you, but knock you from them causing you to fall far down to some of the lower levels. That’s particularly frustrating considering enemies respawn every time you re-enter a room. You might have worked hard to take out a group of enemies, only to be knocked way down and be forced to take out those same enemies again. Not even Zoe can magic her way past a better ladder animation.

Clever puzzles, a decent story and beautiful pixel graphics make up Alwa’s Legacy‘s strengths. But there’s little here that makes it stand out from a sea of more superior games in the genre. If you enjoy classic Metroidvania-style platforming, Alwa’s Legacy is worth a play – but don’t expect an experience that will blow you away.

Alwa’s Legacy is available on PC and Switch. We reviewed the Switch version with a code provided by the publisher.