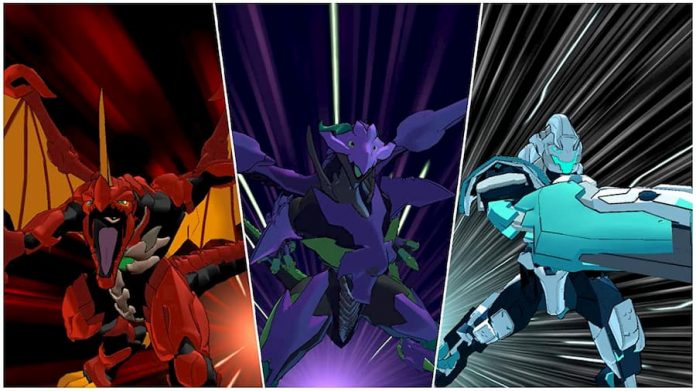 Rather watch a video version of our Bakugan: Champions of Vestroia preview? Click here.

For the first time in almost 10 years, a new Bakugan game is just around the corner.

Bakugan: Champions of Vestroia, coming to Switch in early November, is an action RPG that throws you into the world of the hit cartoon series. If you’re a fan, you’ll have a brand new story to look forward to, but plenty of familiar faces and Bakugan to collect. If you’re new to the franchise, however, don’t worry: the game eases you into the Bakugan universe gently, giving you everything you need to have an enjoyable adventure.

Starting out, you’ll create your own character – although the creation options are rather basic, so don’t expect to be able to create your ultimate likeness. It’s decent enough though, and the character you’ll end up with fits nicely into the bright, colourful world of Vestroia. It’s a very nice-looking game that pleasantly suits the Switch’s small screen, leaving everything looking sharp and crisp.

You’ll spend a lot of your time in the first few hours of Bakugan: Champions of Vestroia in combat – brawling with your Bakugan in order to become the ultimate champion is the focus of the game, after all. It’s just a shame that combat is rather passive. You’ll face off against another Brawler, each of you with a team of Bakugan. In order to battle, you’ll need to collect energy from the playing field and toss it to your Bakugan – that means literally running around and picking up glowing energy shapes from the floor. Collecting energy will charge your Bakugan’s abilities, and so once you’ve got enough you can press a button to activate one of four skills.

It gets repetitive quickly thanks to the relative lack of involvement. But it’s also easy to master as a result, which means younger players will be able to get the hang of it pretty quickly. Seeing your giant, hulking Bakugan battle it out is quite a thrill for the first couple of times at least. It’s unfortunate that most of the Bakugan you find yourself facing up against in the game’s opening hours are mostly similar, and they all seem to have the same handful of skills. Still, there are over 80 creatures to collect overall, so as the game opens up, so should the variety of Bakugan and skills on offer. 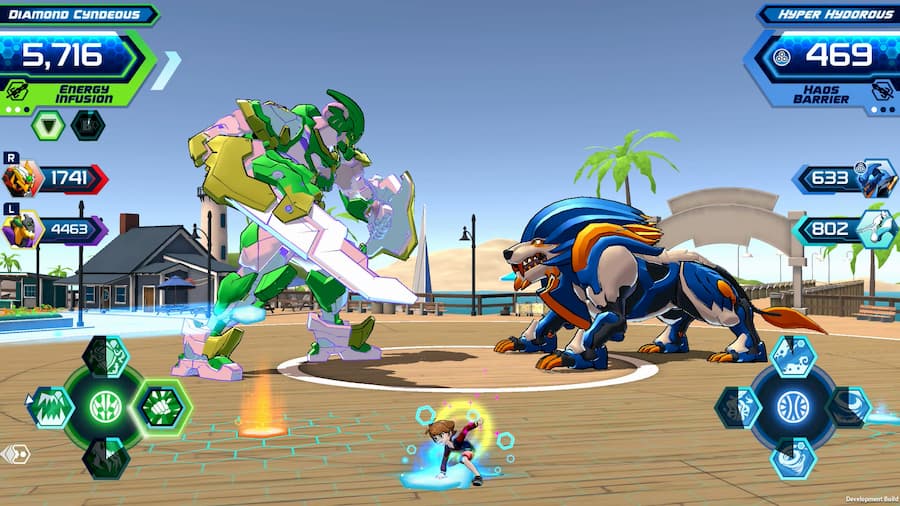 You do, at least, earn new skills pretty quickly. Every fight will earn you money, which can be spent on new skills and abilities, and you’ll also earn new skills as rewards for completing various missions. You can only assign abilities to Bakugan of the same class, though, so you don’t have full customisation of their loadout. But you should have a decent amount of skills to choose from within an hour or two.

A highlight of Bakugan: Champions of Vestroia is exploring its world. It’s rather limited to begin with, but hopefully it’ll open up later on in the game, giving you free reign of more environments. Having to hunt down NPCs in a beautifully designed park, for example, nicely breaks up the combat, and freely wandering around your school yard, picking up the odd side quest, adds a bit of variety into the mix. Collecting footballs dotted around the playground might not be the most gripping activity, but it makes for a welcome distraction. 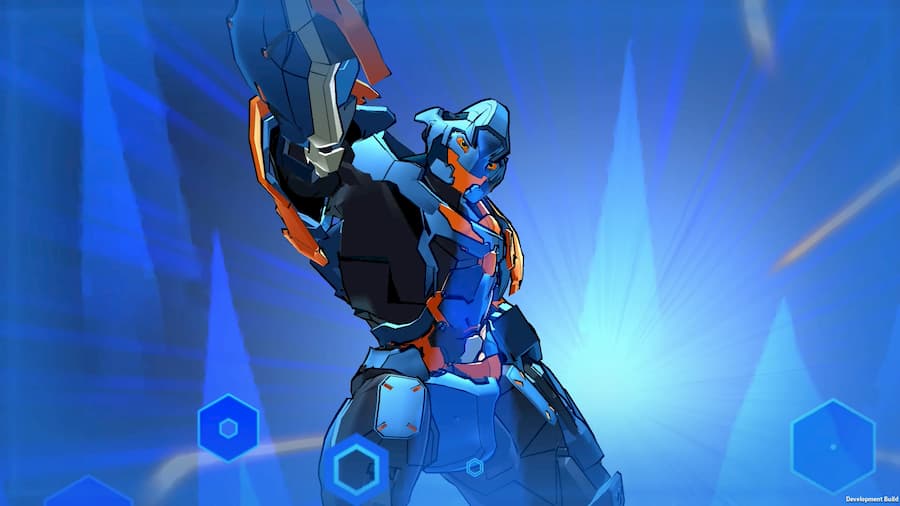 There’s a definite air of Pokémon to Bakugan: Champions of Vestroia; you collect monsters, battle them against others, and level them up as you go. It’s lacking the same amount of depth, and there’s certainly less focus on the idea of ‘you gotta catch ’em all’ – but if you enjoyed exploring Galar or any of Pokémon’s previous regions, then you’ll likely find a similar spark here.

How the full experience of Bakugan: Champions of Vestroia will pan out remains to be seen. We’ve only played the first couple of hours, and there are many more battles to be had and more of the world to be explored. But early indications suggest that if you’ve got a fondness for Bakugan, there’s something worth checking out here. And even if you’re unfamiliar with the brawling brutes, there’s an undeniable charm in the game’s simple and fun nature.

Check back next week when we’ll have a full review of the game. 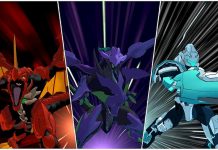