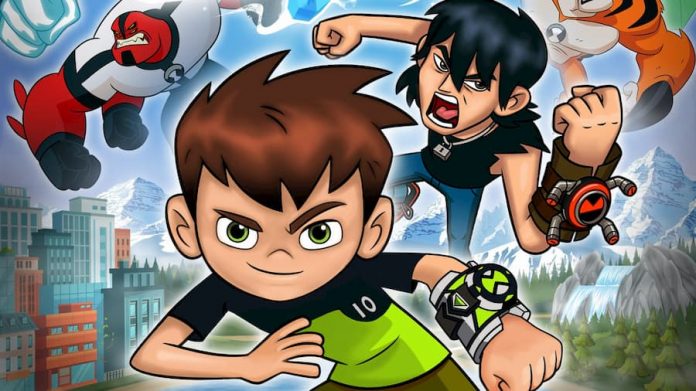 Rather watch the video version of our Ben 10: Power Trip review? Click here.

Ben Tennyson is back in a family-friendly adventure, and this open-world romp has a lot to offer.

Ben 10: Power Trip puts players in the shoes of the titular hero Ben. He’s on a family vacation with his grandfather, but what should be a relaxing holiday for him quickly turns into a mission to save the world. You see, the evil Hex shows his ugly face, taking Ben’s aliens away from him and threatening to rain havoc down on the world. It’s up to Ben to get back his aliens, stop Hex, and help out around town while he’s at it.

For fans of the franchise or younger players looking for an introduction to the open world genre, Ben 10: Power Trip is surprisingly good. Its art style may be basic, but its blocky landscapes and simple backdrops serve their purpose more than adequately. Character models are charming, and the fact that most are voiced is a nice touch. The game’s world is surprisingly vast; completing the main campaign will take around six hours, but there’s a huge amount of extra content to engage with once you’re done.

From Outright Games, a publisher known for bringing licensed kids games to retail, Ben 10: Power Trip is one of the best games we’ve seen from the company yet. There’s a clear sense of progression to be found when making your way through the story, but if players would rather jump and zoom around the open world, that’s valid too. There are always coins to pick up and plenty of collectibles to be found for more eagle-eyed players.

Playing through the game’s campaign first pays dividends though, as players will unlock Ben 10’s range of alien sidekicks. Ben by himself isn’t particularly powerful, but his aliens each have their own unique abilities. The unironically named Four Arms, for example, has, uh, four arms, making him extra strong and able to break through concrete walls. Rath on the other hand can rock climb, and XLR8 can run superfast and ride on rails. Having a full arsenal allows you to access new areas of the map, and also makes combat more engaging. 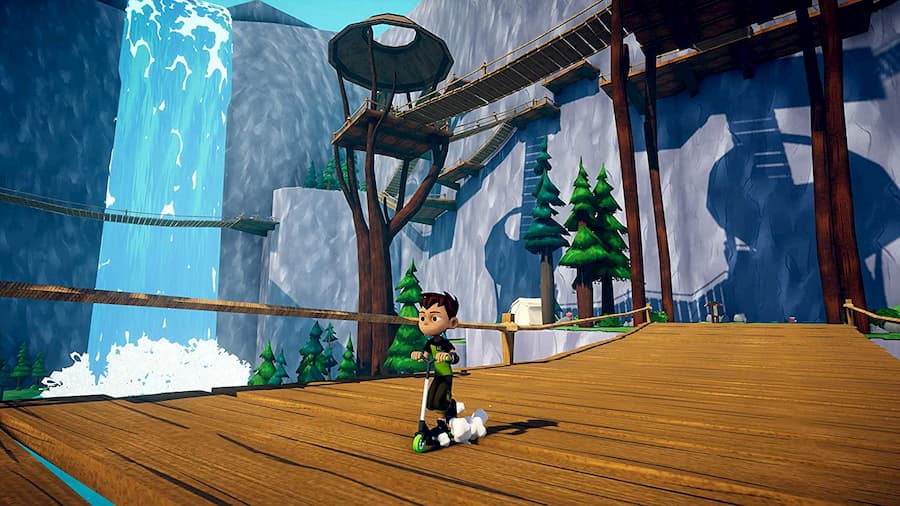 Combat isn’t amazing in Ben 10: Power Trip – there’s no way to lock on to an enemy, so the camera can get a bit unruly at times, especially when dealing with enemies who can only be attacked from the back. But it’s simple and fun enough that it’s never particularly tiresome. Each alien has a light attack and strong attack, which can be combined to perform a combo. They also have their own skill, making certain aliens more effective against particular types of enemies. Diamondhead can create an ice shield, for example, which means flying enemy projectiles are reflected back at them.

This is a game that knows its core audience well; clearly made for younger players, it’s easy to get to grips with, and missions are straightforward and simple tasks. Head to location X, collect item Y, or follow character Z. If you fail, there’s no punishment; you’re simply put back at the start of a mission to try again. The same is true in combat; if you lose your health in a fight, you’ll simply respawn. 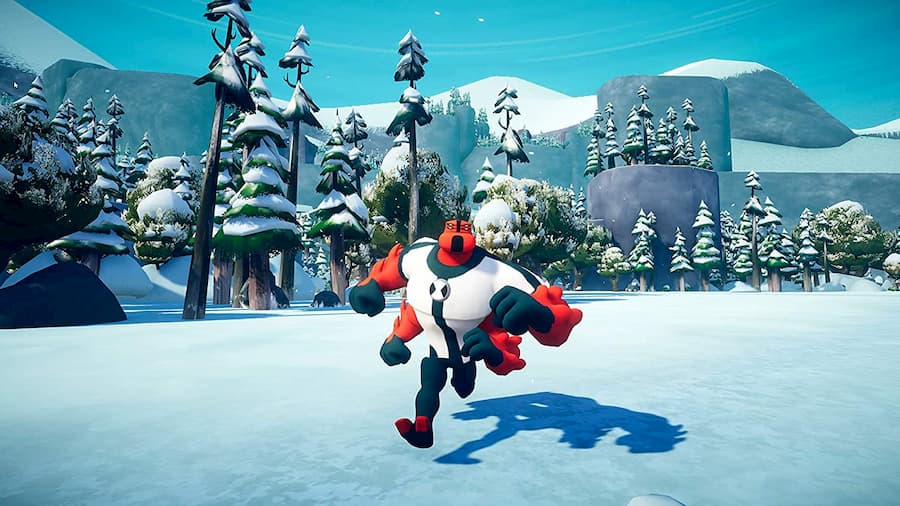 Ben 10‘s world obviously doesn’t have the depth of, say, an Ubisoft open world epic, but it’s still rich with secrets and side missions. There are Lord Decibel’s concert levels for example; you’ll find doors in the world leading to a secret evil DJ’s lair, where you’ll have to complete a short platforming challenge. There’s an arena-based combat challenge, too, testing your fighting prowess as you fight your way through waves of enemies. But running through the world, you’re never too far from something to do, be it a group of enemies to thwart, a collectible to find or an NPC to help.

Ben 10: Power Trip is a game squarely aimed at a younger audience, so don’t expect to find a challenging and deep experience. In our opinion, though, it absolutely nails it as a kids game. It offers an engaging story mode packed with fun and varied missions, as well as a big open world that’s ripe for exploring. Throw into the mix the well-voiced familiar characters, the range of skills offered up by Ben’s aliens and the wealth of side content, and you’ve got an excellent entry point into the genre of open-world adventures.

Ben 10: Power Trip is available on PS4, Xbox One, Switch and PC. We reviewed the game on Xbox One X with a code provided by the publisher.