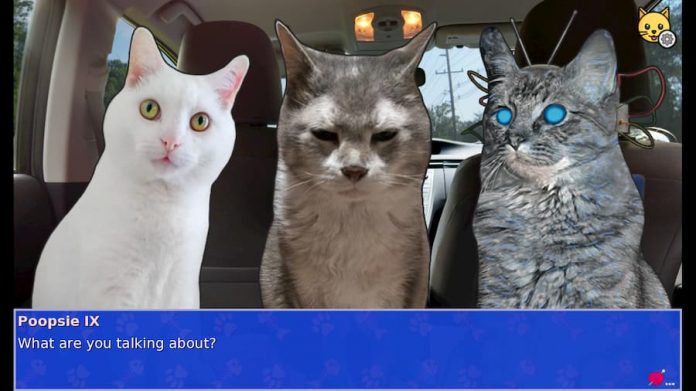 The lack of cat representation in video games is clawful.

When I first started Cat President 2: Purrlitical Revolution from developer Oh, a Rock! Studios I wasn’t sure how I was feline about it. The puns are clawver and purrhaps I enjoyed seeing images of these adorable cats, but everything was a bit weird. It’s only once you get further into the story do you discover how hiss-terical some of the conversations can be. By the time I finished my first playthrough, I couldn’t wait to pounce back in for more.

Oh, a Rock! is the developer behind FMV games The Pizza Delivery Boy Who Saved the World and The Awkward Steve Duology, so Cat President 2‘s strangeness didn’t exactly come as a surprise. But its focus on the feline species meant it very quickly won me over.

In Cat President 2: Purrlitical Revolution, after a strange happenstance with a golden retriever, you end up getting hired as a manager for one of six cat presidential candidates. The candidates – Poopsie IX, Kaleidoscope, FE.LINE, Earl Grey, Mr. Biscuits and Banders – are all underqualified weirdos vying for the top position. You get to pick which one of the candidates you’d like to represent and as you play through the game you’ll either help or hinder their way to victory by choosing what you feel are the best dialogue choices. 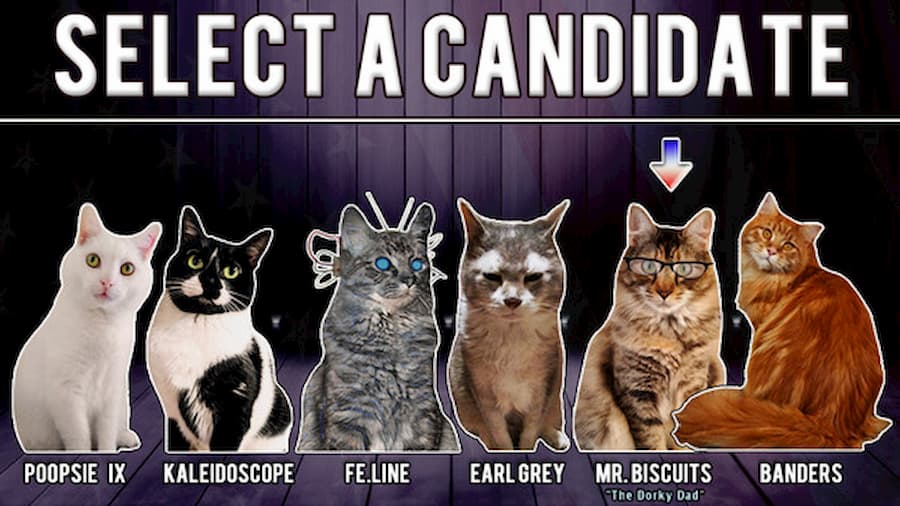 For my first playthrough of the game, I picked Banders purely because of his wonderful floof. Everyone loves a good floofy cat so, I figured, he might be the best candidate for the job. Little did I know that Banders is kind of – how do I put this delicately – crazy. You’ve got to be kitten me, right? Of course I’d pick the crazy one right at the start. Banders’ casual attitude and less-than-sane mind made it quite a difficult first playthrough.

FE.LINE’s storyline, on the other hand, takes things down a slightly different path. FE.LINE is a robot cat, so you can imagine that convincing people he’d be a good president is a bit difficult. I haven’t made it easy for myself, but it’s my job as their manager to make them look as good as possible.

No matter who you choose, the campaign trail in Cat President 2: Purrlitical Revolution isn’t easy. You’ll be meeting with voters, with the other candidates and more folks (feline and human alike) as you try to lead your candidate to presidential victory. All the while, you’re not all that confident in yourself seeing as before this job you were just a ride-share driver. Not even your mother – who, um, is a cat married to a human man – thinks you can do it. So it’s up to you to prove them wrong. 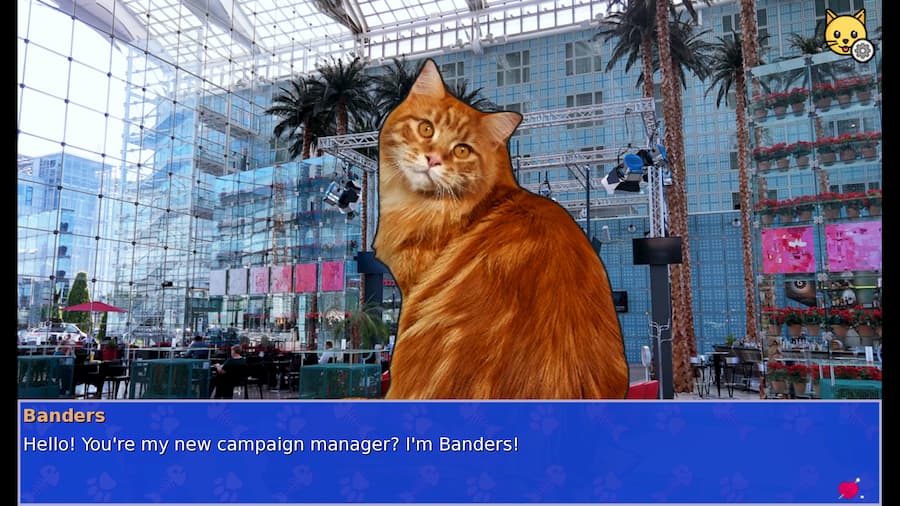 Cat President 2: Purrlitical Revolution doesn’t have any deep, moral messages to find. Unless you count the message “Go out and vote!” which is mentioned at the end of the game. While it is topical seeing as it’s only a few weeks away from the American Presidential Election, this title is more about having fun.

Lean back, take a load off, have a good stretch and curl into your bed for a silly, funny story about cats running for President. It’s the purrfect game to relax with. Especially if you love cats, the crazy ones and the robot ones alike. 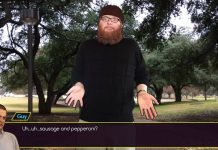