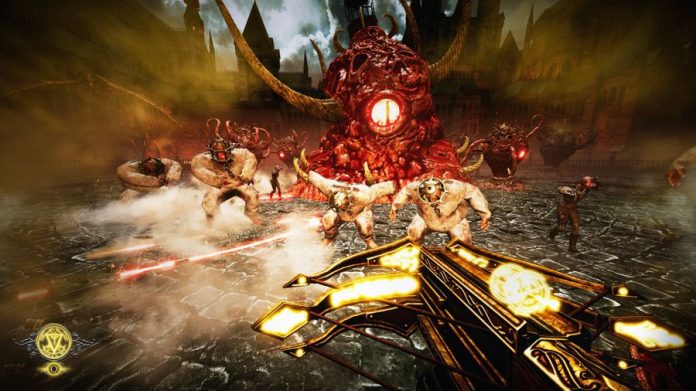 If at first you don’t succeed, die, die again.

That’s the lesson imparted by Crossbow: Bloodnight, a blood-drenched arena shoot ’em up that makes Dark Souls look forgiving, but there’s method behind the murder.

Crossbow sports one single level, so cranking up the difficulty is the only option. Throw in a character who can take two, maybe three consecutive hits before dying, and you’ve got a title that takes great pleasure in punishing the player.

One piece of good news is that your weapon, which never needs reloading, has the fire rate of an assault rife. You quickly learn that standing still a bad idea, so you end up gleefully strafing enemies as you charge past. Think DOOM was good at maintaining momentum? In Crossbow: Bloodnight, if you’re not moving, you’re dead. The singular, circular area does, at least, mean you’ll always have somewhere to go, but Crossbow takes a sadistic pleasure in throwing ever more imposing enemies at you.

The enemy designs in Crossbow: Bloodnight are the sort of thing that will keep you awake at night. One-eyed, towering, bat-vomiting monsters make up the game’s basic enemies, and a couple of minutes in you’ll be facing off against Shrek’s less amenable, blood-drenched cousins. You don’t even have the comfort of breathing space between waves; you’re facing a constant tide of gruesome fiends. Your first few runs will last seconds, not minutes; there’s an online leaderboard but seeing yourself down in the six-hundreds is anything but heartening. 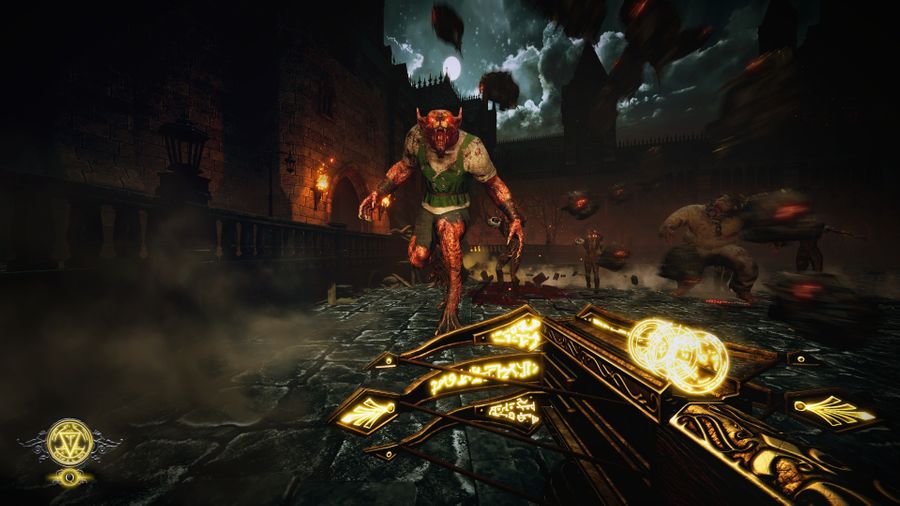 As relentless as your foes are, however, Crossbow: Bloodnight has enough pull to keep you coming back for more. Sure, that bat-vomiting abomination might have laid waste to you, but you’re going to get right back on that skinless horse, damn it. It’s also appealing because you’re not committing yourself to some grand endeavour. There’s a scrap of a story here but, unlike some lengthier titles, you’re not condemning a virtual world to oblivion just because you fancy a bit of Animal Crossing.