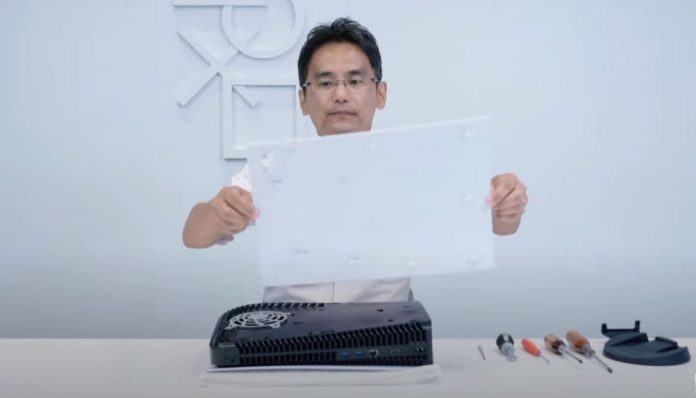 Today, Sony released a teardown video showing a PS5 being taken to pieces.

While getting to see the inside workings of the upcoming console is cool, one detail stands out to us: its white panels can be removed very easily.

“The white panels on both sides can be removed by the users themselves,” says Yasuhiro Ootori, the VP of Sony’s mechanical design department who is hosting the teardown video. “Lift the back corner and slide it off.”

In seconds, he easily clips off the PS5’s front and back white cover, leaving a black shell in its wake. It’s clear that this has been purposefully designed to be easy for a user to do themselves.

There is a functional element to it, however: the PS5 has an expandable M2 storage slot, which is accessed by removing the cover.

But to us, it feels like a given that Sony will sell custom covers for the console. Much like it did with faceplates for the first PS4 model.

It’s an interesting prospect; having a fancy console is currently only possible if you purchase an expensive and limited collector’s edition. So being able to easily customise your PS5 could be a big selling point.

Sony has yet to announce any such customisation accessory, however. But we’re fairly confident it’ll only be a matter of time. And if Sony don’t sell them itself, we guarantee third party companies will. 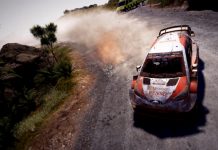