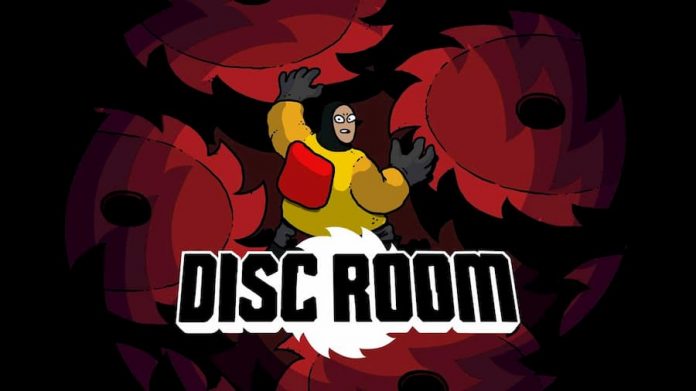 How many sharp discs are we talking about here?

Think of a butcher’s shop, but you’re the only animal and the butcher has just dropped a box of loose saws. Put that all together and you’ve got Disc Room, the upcoming hardcore action title from Devolver Digital and small developing team: Terri, Dose, Kitty and JW.

In Disc Room the year is 2089. A giant disc has just appeared in orbit of Jupiter. You play as a brave scientist who has taken it upon himself to explore this horrific intergalactic slaughterhouse.

This slaughterhouse is essentially a big alien deathtrap with multiple rooms. Players will have to duck, dodge and run from countless sharp, spinning blades. As if that wasn’t enough you’ll also have specific tasks you have to complete in each room. As you complete rooms, more open up as you continue to try to survive again and again.

The longer you survive, the more abilities you’ll unlock for your scientist that help you survive that much further in the slaughterhouse.

Are you ready to die over and over? Or survive and find your name at the top of the game’s leaderboard?

You’ll be able to grab Disc Room on PC and Nintendo Switch on October 22nd.