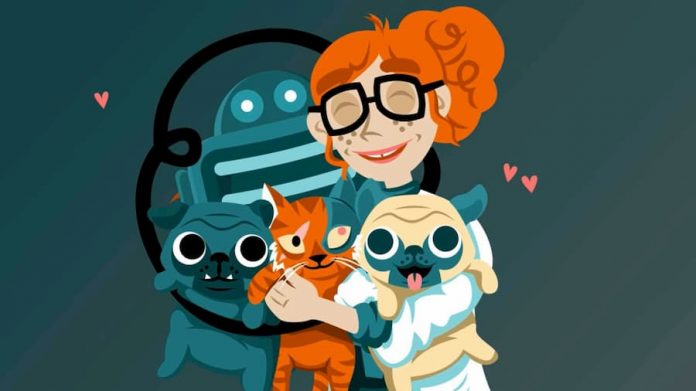 Do you love pugs? Well, you probably won’t by the time you’ve finished with Double Pug Switch.

A puzzle game that throws you into the role of Otis, a dimension-hopping pug, Double Pug Switch has you cursing your way through multiple short levels, hopping over obstacles and switching between dimensions in order to reach the end of each. You see, a lab accident has turned domestic cat Whiskers into a terrifying villain, and it seems only Otis can stop him by progressing through levels of increasing difficulty.

Double Pug Switch isn’t a particularly long game; there are only 32 levels in total, and if you’re some sort of reflex-hero, you’ll be able to complete the game in an hour or two. But if you’re a mere mortal, as we are, your time with the game will be spread over multiple painful hours as you witness Otis’ repeated demise. There’s something rather sorrowful about watching a pug die again and again – but then again, you’ll probably want to reach into the screen and destroy him yourself after a while.

This is a game that requires ample amounts of patience. While Double Pug Switch starts off easy enough, its difficulty soon ramps up. Though it is rather inconsistent; one level may take upwards of fifty attempts to beat, but you might fly through the next with hardly any mistakes. It’s reminiscent of Crash Bandicoot 4‘s phase shift mechanics – you’ll need to tap a button to switch between dimensions, with obstacles and platforms switching in and out every time you do. 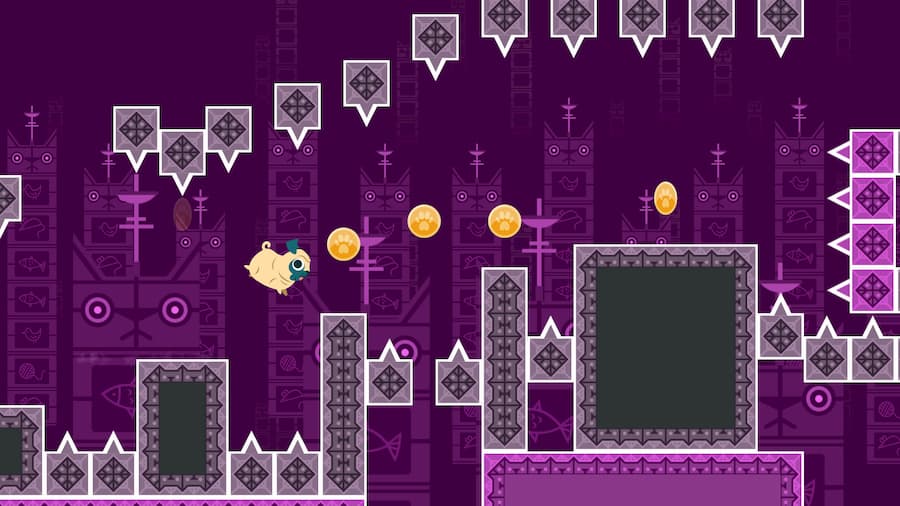 In theory, it’s very straightforward. But in practice, it’s fiendishly difficult. Otis automatically moves forward, so all you need to concern yourself with is jumping (on an Xbox controller, that’s the A button) and switching dimension (B). However, you’ll often have to jump and switch dimensions multiple times, repeatedly. The button mapping means you’ll more than likely use the same finger to do both tasks. It’s annoying that you can’t remap the controls, or that switching isn’t automatically bound to a trigger. It’d be much easier to play if it was.

There’s also the problem that Otis’ jump isn’t just one height. How far he goes depends on how long you press the button. Tap it, and he’ll do a little hop. Hold it down, and he’ll jump higher and further. Exactly how far, and how high, varies depending on the length of your press. It means getting a precise jump – which is paramount to succeeding in Double Pug Switch – is difficult, and you’re at the mercy of your own trial and error. 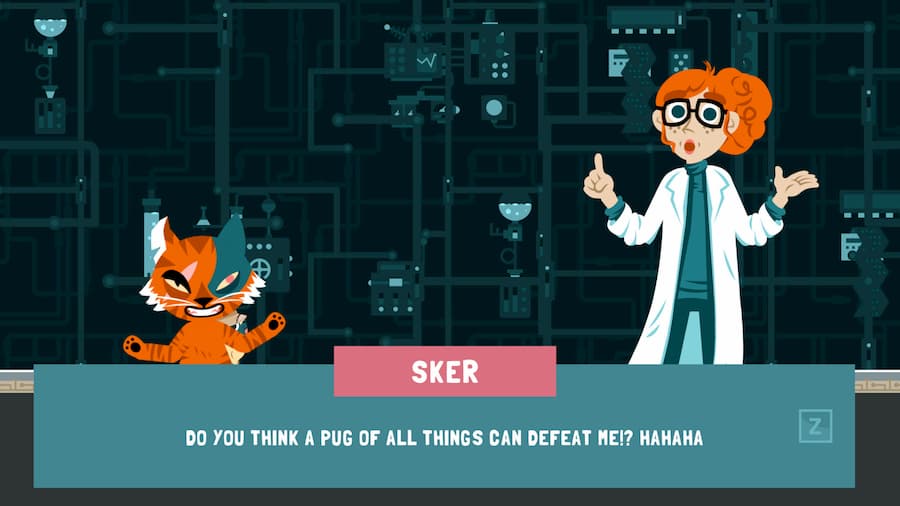 But all of this means that when you do finish a particularly devilish level in Double Pug Switch, it feels like a real achievement. For most players, however, we suspect that their breaking point will come long before the end of the game. Each level – except the ‘boss’ levels, which see you chase Whiskers the cat while dodging missiles and other traps – has a number of checkpoints. Their placement is inconsistent, though, and there have been a number of levels that have taken – no exaggeration – 70 or more attempts just to reach the first checkpoint. Like we said, you’re going to need a lot of patience.

If you’re up for a challenge, then Double Pug Switch certainly does offer that. It’s nicely presented, too; the short animated story scenes telling the tale of Otis, Whiskers and the scientist, are a welcome touch. As are the purely cosmetic hats you can place on Otis’ little puggy head. It’s short and utterly brutish in its difficulty, but if you like equal amounts of cuteness and cruelty in your games, then look no further. Especially considering its pocket-money price.

Double Pug Switch is available on PC, PS4, Xbox One and Switch. We reviewed the game on Xbox One X with a code provided by the publisher.