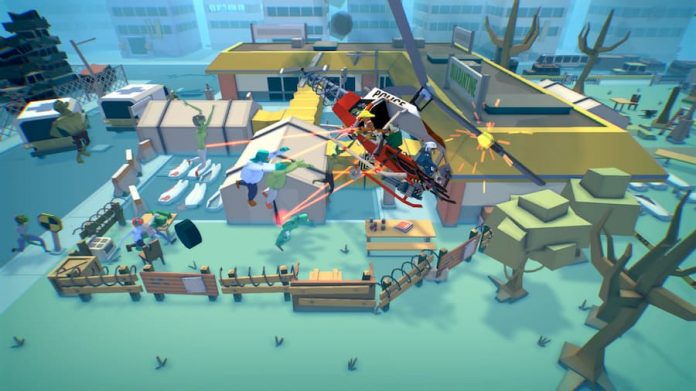 It’s the same old story: the world’s been overrun with zombies. And only you, your rag-tag crew of shooters, and your, uh, helicopter, can save the day.

That’s Dustoff Z in a nutshell. Taking control of a helicopter, you’ll make your way through a series of straightforward objectives, shooting zombies, rescuing survivors and collecting supplies. Set out very much like a mobile game, this isn’t going to set your world on fire, but it’s an entertaining little timesink.

Missions start out very easy, and you’re kitted out with a basic helicopter. You’ll fly left or right on a 2D plane, and holding down the right trigger will instruct your comrades to shoot at zombies as you go. You can’t aim where they’re shooting, though, so how successfully you take out hordes is more or less down to pot luck. But as long as you can keep your chopper out of danger, all should be fine. Hopefully.

Collecting coins, cogs and tins of beans (?) by successfully completing missions, you’ll be able to upgrade your teammates and your aircraft. For your teammates, each of whom comes equipped with a different firearm, you’ll be able to upgrade their accuracy, their rate of fire and their damage. As for your helicopter, you can upgrade its speed, armour, and the amount of ammo it can carry on board. 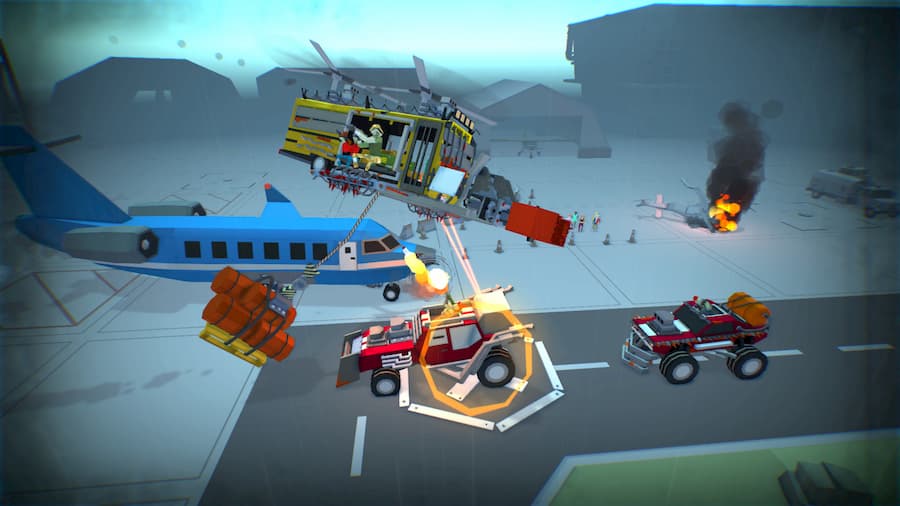 Progressing through the game allows access to new shooters and new helicopters, too, each one allowing for better upgrades. Essentially, your time with Dustoff Z will be spent chasing the next upgrade; collecting your coins and tokens in order to purchase the next best helicopter, or improve your shooters’ accuracy just one more time. The upgrades do make a difference, too. You’ll hit a wall fairly quickly in the main campaign that requires you to be better equipped.

Thankfully, you can replay Dustoff Z‘s levels to your heart’s content, earning more rewards each time. There are also ‘endless’ levels too, challenging you to get as far as you can before getting destroyed. So even if you do reach a point where completing your current level is a bit of a struggle, there’s plenty to go back to. Racking up coins, beans and cogs is fairly easy, so you’re never too far away from a new upgrade. 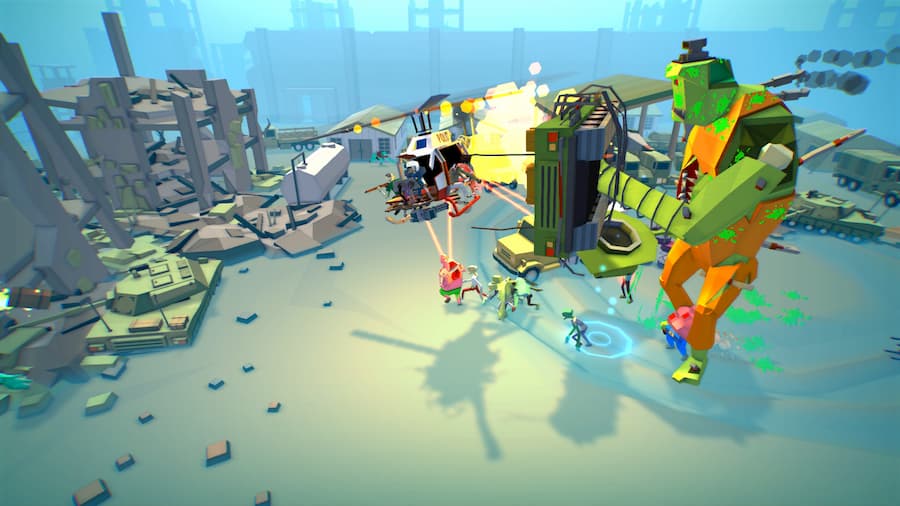 The downside is that Dustoff Z‘s over-simplified gameplay gets dull rather quickly. Sure, flying a helicopter over a zombie-ridden wasteland is a novelty to begin with, but it soon wears off. Most levels look the same, and you’ll be doing the same two or three tasks again and again. The highlights are boss battles, where you’ll be tasked with destroying some abominable huge zombie-thing. But the lack of control over your guns, and the fact you end up relying on random ammo and health drops to keep going, mean they’re more or less down to luck.

So a masterpiece it is not, but Dustoff Z has its merits. Its polygonal art style is cute, and its easy pick-up-and-play level system means it’s the ideal game to stick on for a few minutes while you’re waiting for an update to install elsewhere. It might feel like little more than a mobile game, but it’s an entertaining way to pass the time in between more engaging endeavours.

Dustoff Z is available on PC, PS4, Xbox One and Switch. We reviewed the game on Xbox One with a code provided by the publisher.