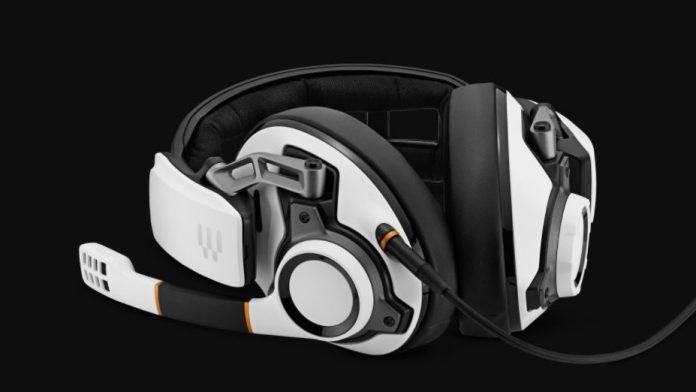 Even just to look at the EPOS/Sennheiser GSP 601 gaming headset, you know you’re dealing with a premium product.

Its sturdy padded black band gives way to white earcups, decorated with black and silver detailing. There’s a very industrial look to the headset as a whole, but I mean that as a positive; it’s striking to look at. It’s the sort of headset that you know, just from looking at it, is going to pump out a great sound.

What’s an especially nice touch about the EPOS/Sennheiser GSP 601 is its interchangeable accents. Where the head band joins to the earcups are two decorative plastic plates. They’re bronze by default, but if you’d rather have them white, giving the headset a slightly more understated finish, you can. You’ll find a change of plates in the box; it’s an unnecessary but welcome touch that takes the GSP 601 headset to the next level.

Of course, at £199, this isn’t a cheap piece of technology. It’s up there in the premium bracket. And thankfully, excellent audio quality reflects that. It’s been “engineered for exceptional audio clarity in games”, and it delivers. Sounds are crisp and beautifully detailed; even at the highest volume level of the headset, you’re still getting an outstanding level of quality (though we wouldn’t recommend turning it up to full too often; this thing does get loud).

It’s a wired headset, which may be a point of contention for some. On the one hand, its price may suggest the advanced technology offered by a wireless headset. And of course, wireless headsets can be picked up much cheaper than this. But on the other hand, there’s something refreshing about the convenience of a wired headset. You don’t have to worry about keeping it charged, or ensuring it’s compatible with your device; simply plug it in to a 3.5mm audio jack, and you’re ready to go. 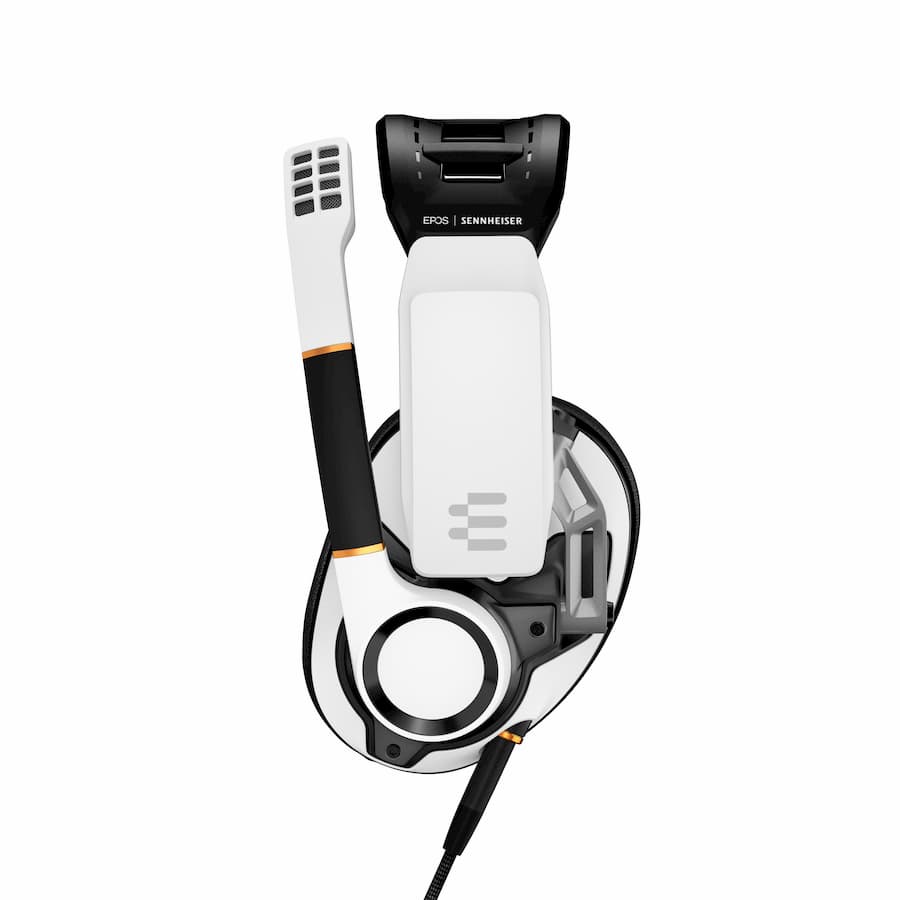 It even comes with two separate cables in the box. There’s a 1.2 metre cable for use with consoles, and a 2.5 metre length cable, with audio and mic splitter, for use on PC. They’re both braided, and feel extremely tough while still being flexible. They can be disconnected completely from the headset too, to help with storage.

The microphone can’t be removed, but it can be folded up out of the way if you’re not using it. The voice quality is great, and the headset’s advertised “noise-cancelling broadcast quality” seems to deliver on its promise.

Perhaps more importantly, though, the EPOS/Sennheiser GSP 601 is comfortable to wear. Despite its bulky design, it’s surprisingly light, so it doesn’t weigh you down even after extended wear. The ear cups are incredibly soft, which means they’re comfortable on your ears. Critically, they’re comfortable for glasses-wearers too, as the arms and earpieces of your glasses are simply engulfed in the cups’ spongy rim. 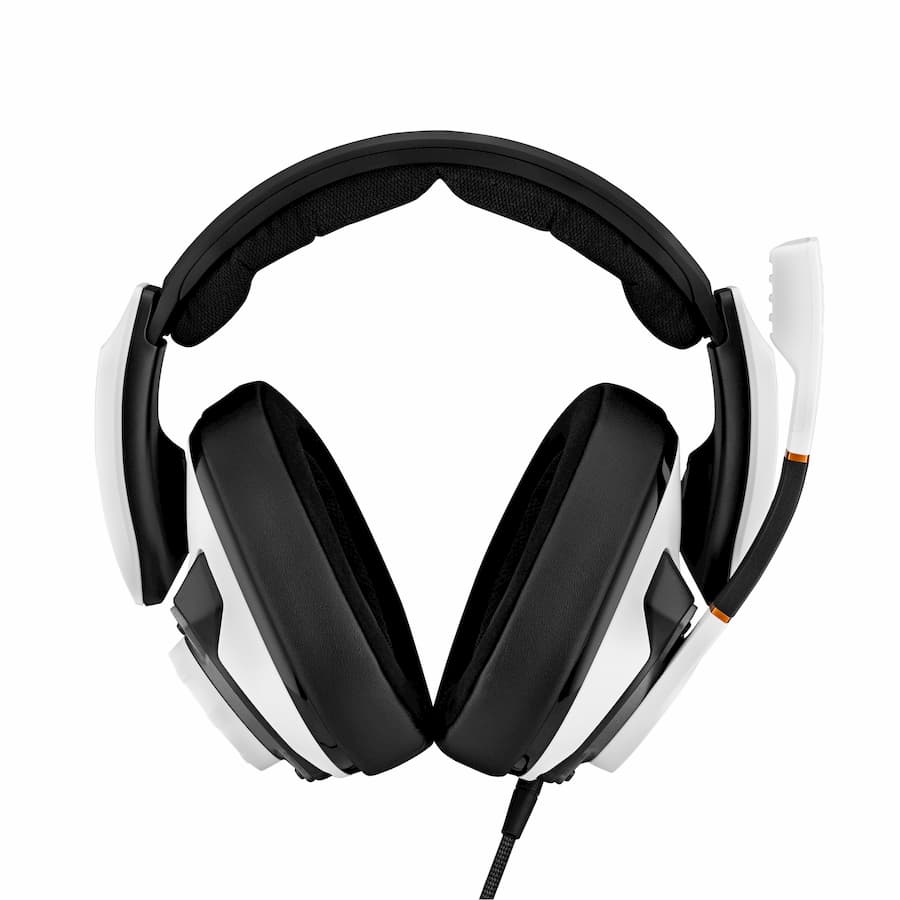 The GSP 601 isn’t alone in the headset range from EPOS. There’s also a GSP 600, offering the same quality headset in black with red detailing, and the GSP 602, which is blue and orange. They’re all equally striking.

If you’re looking for a quality gaming headset that you can plug in and hit the ground running with, you won’t be disappointed with the EPOS/Sennheiser GSP 601. Yes, it’s a little pricey, but you do get what you pay for, and it’s a quality-built headset that should last you through the next generation of gaming. 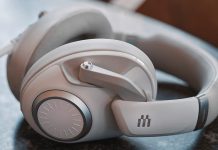