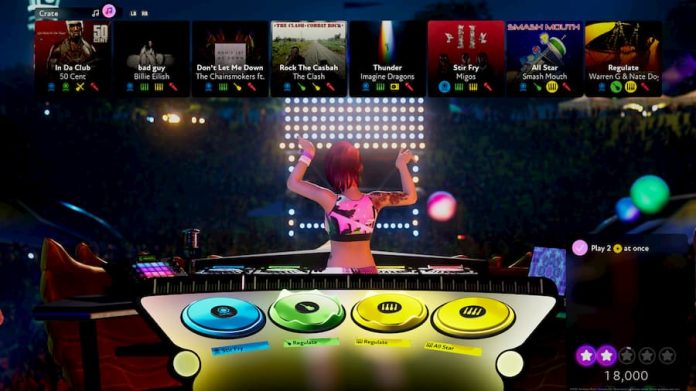 The track list for anyone who picks up the VIP Edition of Fuser has been revealed.

Harmonix Music Systems and NCSOFT have just revealed the track list for the VIP Edition of their upcoming title Fuser.

Fuser is an interactive music game that puts players fully in control of the music. The VIP Edition includes the first 25 DLC songs available for the game. These songs add more loops for players to use in order to create awesome custom mixes. Players will also be able to save and share them as snapshots, enhance their collaborative co-op mixes and bring some flare to competitive multiplayer.

Fuser is set to launch on Nintendo Switch, PC, PlayStation 4 and Xbox One on November 10th with over 100 songs as part of the base game. The Fuser VIP Edition is available for pre-order for $99.99 or the DLC songs can be purchased individually for $1.99.

To see more tracks that are set to appear in the base game, click here.