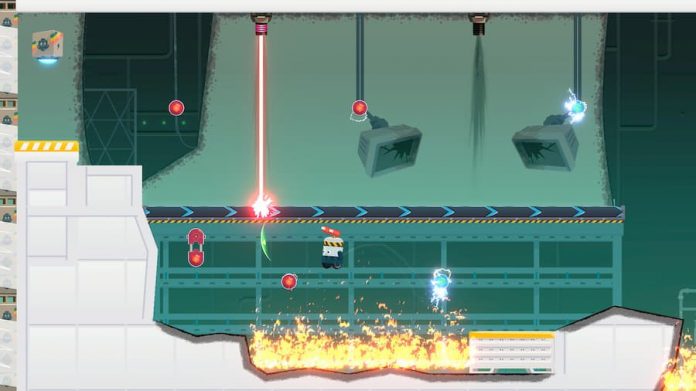 Constantly falling into lava pits? Just get a grip, Chip.

Platforming games are usually all about running and jumping, but not Get-A-Grip Chip, available on PC now from Redstart Interactive. Chip, the cute little robot you control, can’t jump at all, in fact. Instead, he has to get about by using the handy grappling hook atop his head.

The environments you’ll pass through in Get-A-Grip Chip are laden with grappling points that Chip needs to grab onto and swing between in order to get from A to B. He’ll also have to navigate moving platforms, dodge obstacles and avoid falling into many death traps that await on each level.

It’s not a simple case from getting from A to B, either. You see, not only does Chip need to keep himself alive (or as alive as a bot ever is – but now’s not the time for philosophical discussion), he also needs to rescue a number of Battery Bots who are lost in each level. Some of these are in plain sight, but most are hidden, so you’ll need to fully scour each level to find them all. Maybe there’s a secret area hiding off-screen, or maybe you need to activate a switch to reveal a door.

Levels in Get-A-Grip Chip are short, and they’re checkpointed well enough that you’ll never lose too much progress. The first few levels are fairly easy to contend with, but the difficulty soon ramps up. And for those wanting a true challenge, the game features worldwide leaderboards. You’ll be ranked depending on how fast you finish a level, how many times you die, and how many Battery Bots you save. Completing a level perfectly and quickly is the key to success. 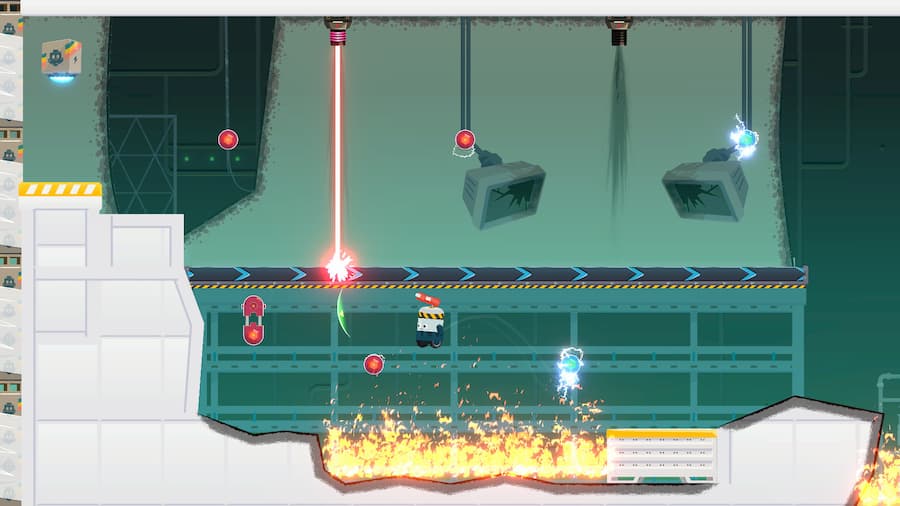 Get-A-Grip Chip‘s visual design is simple, but there’s something striking in its bold, clean lines and clearly laid-out levels. There’s never any confusion between foreground or background, and your path is never obscured. The soundtrack begins to get repetitive rather quickly, however, but it’s never too distracting.

If you like the idea of a challenging platformer with a twist, Get-A-Grip Chip is well worth picking up. It’s available now on Steam for £11.39/$14.99, and there’s a free demo available if you’d like to try it out first.