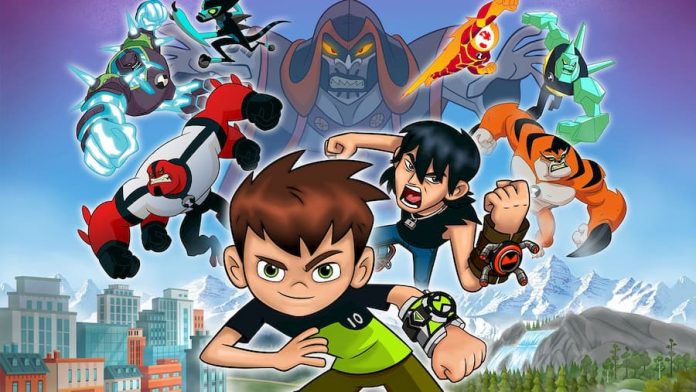 The latest title to come from Outright Games is Ben 10: Power Trip.

Coming to PS4, Xbox One, Switch and PC on Friday 9th October, Ben 10: Power Trip puts players in the shoes of the titular Ben Tennyson as he sets off on a new adventure. A European camping trip with his grandfather goes awry when the Evil Hex shows his face.

The peaceful forests and villages that Ben’s taking his vacation in find themselves overcome with monster. But not to worry: Ben and his Omnitrix can save the day.

Ben 10: Power Trip puts players in an open world filled with secrets to find, monsters to defeat and plenty of collectibles to pick up. Outside of the main mission, players will find themselves spoilt for choice with side quests. Simply running (or scooting) around the world will uncover a new area to explore.

The video below shows us playing through the first 18 minutes of the game, and our initial impressions are very positive indeed. It’s a bright, colourful game perfect for younger players – especially those who are fans of the series. The world’s a joy to explore, and there’s a wacky cast of characters to meet, many of whom are wonderfully voiced.

Check out the gameplay below, and look out for our full review this Friday, 9th October.