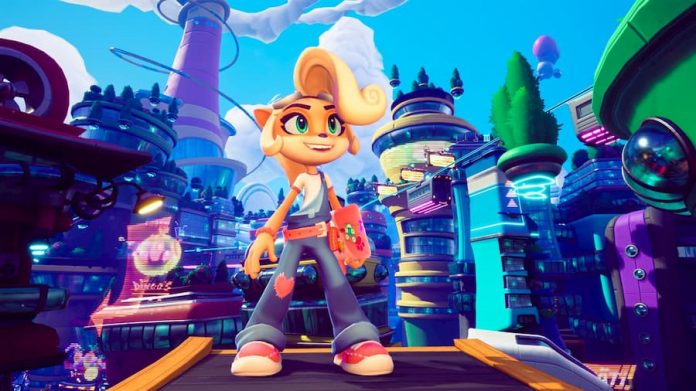 Wondering how many levels there are in Crash Bandicoot 4: It’s About Time? Here’s what you need to know.

But that’s not all there is to Crash Bandicoot 4. There are a tonne of optional levels for you to attempt, too.

As you play, you’ll unlock extra levels that allow you to play as Tawna, Neo Cortex or Dingodile. These are optional, but give you a different perspective of levels you’ve already completed.

Completing each of the main levels will also unlock a time trial mode for each. Here, you’ll be challenged to play through as fast as you can to set a record. But there’s plenty of reason to play through each level again normally; there are six gems to collect in each, and it’s unlikely you’ll pick them all up in one run.

And there’s also the Flashback levels, which are unlocked by finding cassette tapes in the game’s main levels. There are a total of 21 of these shorter challenges in Crash Bandicoot 4.

Overall then, there’s over 100 levels to complete in Crash Bandicoot 4, when you include the N. Verted levels. But to complete the main chunk of the game, you’ll need to finish 43 levels.