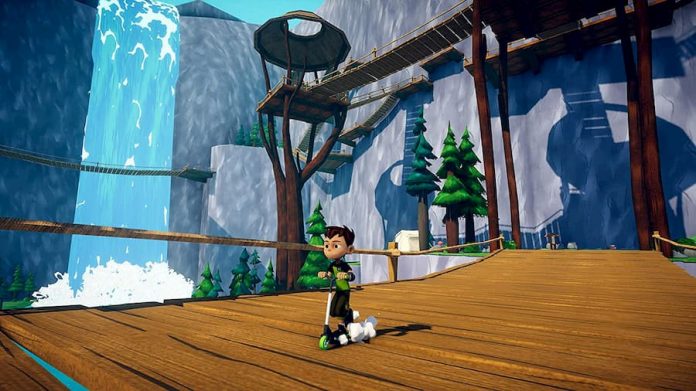 Wondering how to perform a double jump in Ben 10: Power Trip? Here’s what you need to know.

If you’re famliiar with the series, you’ll know Ben has control of various alien companions. Each alien has their own unique skills and abilities – and one of those aliens can double jump.

Heatblast is the very first alien you unlock in Ben 10: Power Trip. You’ll have him within the first few minutes with the game. And thankfully, he’s the one who can double-jump.

Equip Heatblast by selecting him with the d-pad. Once you’re in control of him, simply hit the jump button twice, and he’ll perform a double jump. On Xbox One, the jump button is A, and on PS4 it’s X.