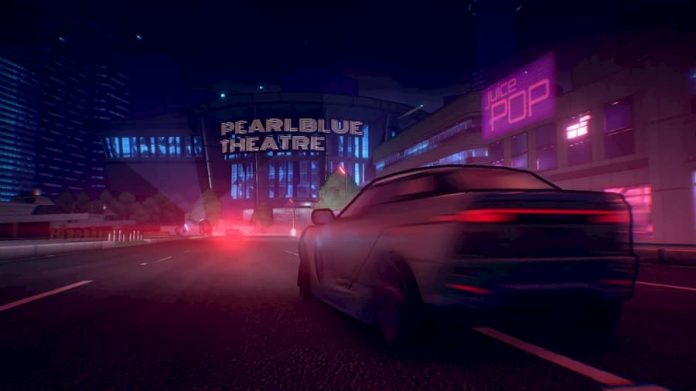 Inertial Drift is truly something original – a twin-stick racer.

While other racing game developers generally stick to the mantra “if it ain’t broke, don’t fix it”, Level 91 Entertainment has tried to reinvent the wheel when it comes to drifting in video games. And it hasn’t done a bad job of it.

Set in a 90s retro future, whatever that means, Inertial Drift is all about conquering curves via the game’s unique drift mechanics. Whereas in other arcade racers such as Burnout and Ridge Racer you turn, release the accelerator and then apply it again to initiate a drift before feathering the steering to reach the desired angle, which is simple enough, here, all you need to do is move the right analogue stick in the desired direction. And if you want to fine-tune the attack of your drift, you can get the left analogue stick involved, too.

Inertial Drift is the very definition of a game that’s easy to pick up yet hard to master. In the game’s most easy-going car, you can simply keep the accelerator held down and use the left and right analogue sticks to get around all but the hardest of corners without any trouble. Get behind the wheel of any of the game’s speedier cars, however, and you’re also going to have to get the brake involved when aiming to smash records and beat the opposition.

Sometimes you might want to slow down a little before entering a corner, other times braking mid-drift is required to dramatically sharpen your angle. There are 16 cars in Inertial Drift overall, though to unlock many of them you’re going to have to display mastery of the twin-stick drifting mechanics. Initially some challenges may seem insurmountable, but with some practice under your belt, anything is possible. 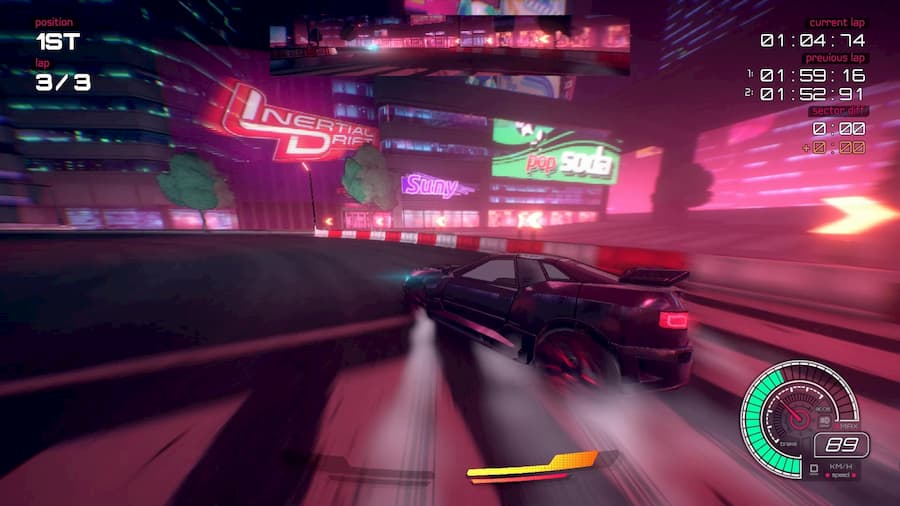 In story mode, the car and character combo you choose at the outset determines your route. Ergo, there are four routes to complete, each with their own difficulty level. The first time you beat a route, an “Xtra Crispy” difficulty modifier is also unlocked that allows you to make any subsequent playthroughs a little harder if you wish. All in all, completing story mode should take most players more then ten hours.

Honestly though, there’s much more to Inertial Drift than just its Story mode. Challenge mode is where you’ll find yourself doggedly trying to unlock some of the game’s more interesting vehicles, while Grand Prix offers a huge range of events to complete grouped into batches of five. And then there’s arcade, where you can create your own events and post your best score and times to global leaderboards.

Across all of the game’s modes, you’ll engage in standard races, time attack events, duels and ghost battles. There are also style events where it’s all about being risky with your drifts as more points are scored when you’re near the edges of the tracks. And endurance events that challenge you to race through as many checkpoints as you can before time runs out. Inertial Drift packs in a lot of variety.

The only area where Inertial Drift genuinely disappoints is in its multiplayer offerings. Split-screen is available for some local multiplayer, which is nice. But when it comes to online, you’ll be disappointed to find that you can matchmake for a duel and that’s about it. Even worse, playing on Xbox One for review, finding a race is next to impossible. At least it makes it easy for you to get into an online event with a friend. 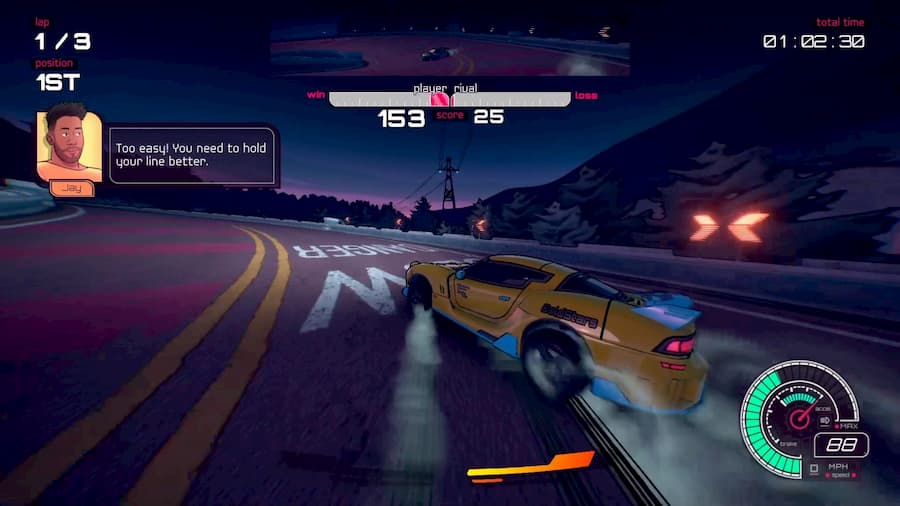 Other than that, the only thing that might irk players as they speed around the game’s 20 tracks including reverse versions is the fact that in events when there are more than one car on the track, there’s no physicality between them; they just ghost through each other. In a way it’s a godsend because many of the tracks are very narrow, but it also robs the game of some staple dynamics – finding the perfect overtaking opportunity and blocking an opponent trying to make a move.

But overall, Inertial Drift is a satisfying arcade racer. Its scant multiplayer features mean that it’s best suited for those who like to play by themselves, but at least they’ll find a lot to get stuck into. And even better, its budget price means it won’t break the bank. If you like getting cars sideways and aren’t afraid of trying a new way of doing so, Inertial Drift is well worth investing in.

Inertial Drift is available on PS4, Xbox One Switch and PC. We reviewed the Xbox One X version with a code provided by the game’s publisher.