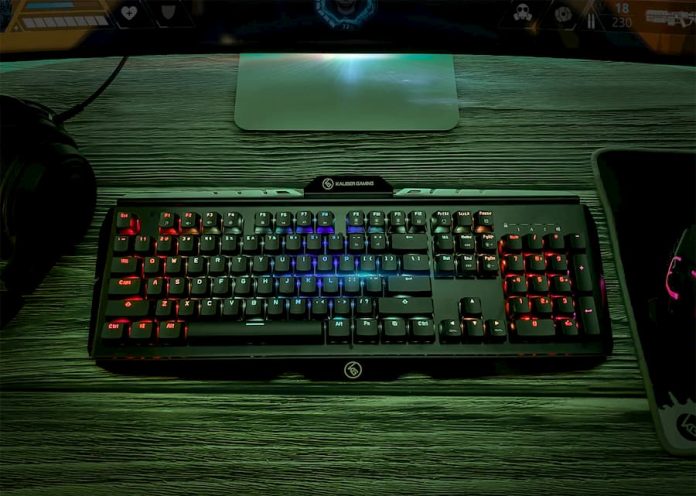 If you’re a keen gamer, chances are you’re going to want a mechanical keyboard.

Why? Because they’re just better. They’re more responsive, more tactile, and in most cases, also more durable. They allow you to make the best of your abilities. And when you’re not gaming, many find they’re better for typing with too. There was a time when I’d never consider using a mechanical keyboard, partly because of their cost, but now I couldn’t imagine going back to a normal one on a day-to-day basis.

The truth is, however, that you don’t need to spend a fortune to get a mechanical keyboard; you can get some decent ones for reasonable prices. Take the IOGEAR Kaliber Gaming HVER PRO X RGB optical-mechanical keyboard, for example. With a recommended retail price of $89.95, it’s not cheap, but it’s a hell of a lot more affordable than a Razer BlackWidow or suchlike. And while it’s far from perfect, it’s still a big improvement over a standard keyboard.

In terms of build quality, the HVER PRO X RGB isn’t anything to shout about. The main body of the keyboard is plastic, but a metal fascia is placed on top to give it a premium-looking finish. It’s just a shame that it’s a bit shiny, as it cheapens it a little. Compared to keyboards such as the aforementioned Razer BlackWidow, its structure means that it’s very light. In most cases that shouldn’t be an issue, but those who are over-zealous with their actions may find it travelling across their desk during use.

When it comes to the keys, there’s good news and bad news. The keys themselves are powered by optical-mechanical switches, which means they are very responsive and should be very durable. They’re also a bit quieter compared to those found on many other mechanical keyboards. They actually make the keyboard a pleasure to use. On the downside though, is that some keys, especially the spacebar, feel a bit wobbly and loose. And to compound matters, the font used on the keys is awful. 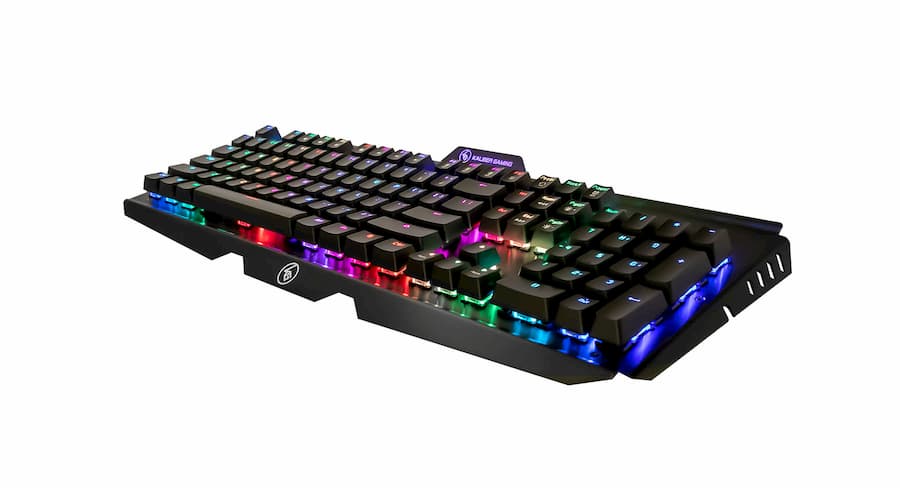 Plugging the HVER PRO X RGB keyboard in for the first time, its RGB lighting function sprung into life, making the keys breathe rainbow colours. It was nice, for a while, but then it just got a bit too distracting. With a piece of software downloadable for free from the IOGEAR website, you’re supposed to be able to customise the per-key backlighting, as well as select from a range of pre-set options.

For me, however, the software would simply not pick up the keyboard at all, locking me out from tweaking its RGB features. In the end, I found a keyboard shortcut that simply made the keys light up white and I stuck with that. You might have better luck with the software than me or you might not; if having fancy RGB lighting is a dealbreaker for you, then keep that in mind. I personally don’t care either way, but I do believe that if you’re paying for something it should work as intended without any trouble.

Ultimately, then, while I can’t outright recommend the IOGEAR Kaliber Gaming HVER PRO X RGB optical-mechanical keyboard due to its myriad of small issues, it is undoubtedly a decent keyboard at a reasonable price. It has responsive keys that are tactile to the touch, and its optical switches also mean it’s supposedly immune to spills – something I don’t really want to test. It’s just a shame that its accompanying software has issues and certain aspects of it don’t exude quality.