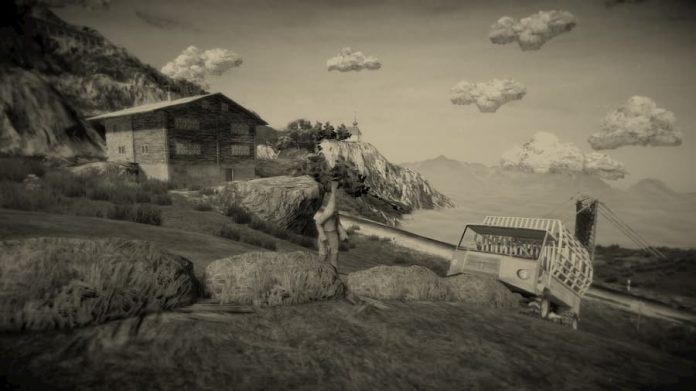 There’s been an abundance of horror games released recently, and yet more to come, but Mundaun won’t have any trouble standing out.

You see, set for release early next year on consoles and PC, every texture you lay your eyes on in Mundaun has been drawn, by hand, with pencil. It gives the game a unique, dark look. Devoid of colour, the environments it presents to you are foreboding and glum. There’s a sense of despair.

At the heart of Mundaun is a man’s journey to the titular mountainous region of Switzerland. Learning that his grandfather has died in a mysterious fire, protagonist Curdin decides to travel to Mundaun for the first time since his childhood. And upon returning, he’ll discover that things just aren’t quite right. Hoping to get to the bottom of things, he’ll have to explore the alps, solving puzzles and surviving the attacks of hostiles as he goes.

In a hands-off gameplay demo, I got a taste of what to expect when the game launches. Taking place in the second of the game’s three open areas, Curdin was on his way to meet up with a Corporal who held information about his grandfather’s passing. The corporal wants a jar of honey, however, and so it’s up to Curdin to get it. That requires travelling into an area occupied by beekeepers, who will attack Curdin on sight by unleashing swarms of bees. 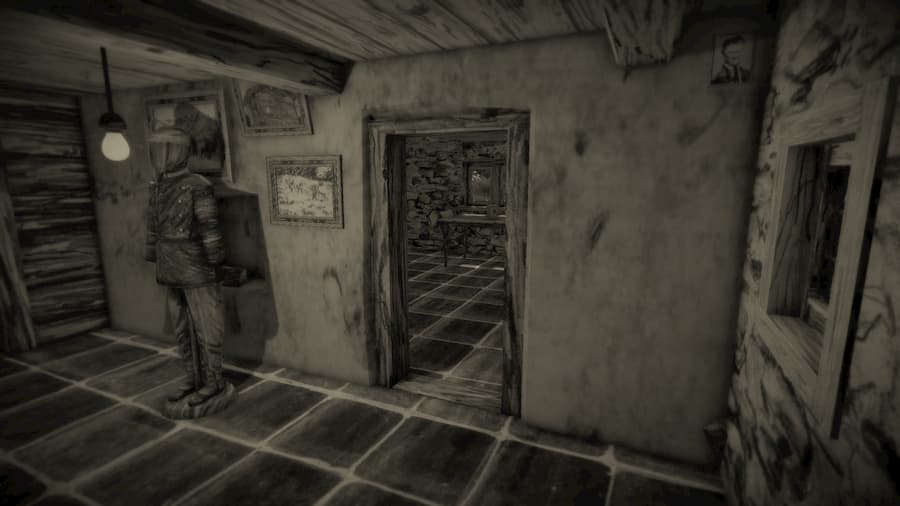 On his way to the beekeepers’ territory, I got a glimpse of the kind of puzzles you can expect in Mundaun. Reaching an impasse, Curdin was able to materialise a bridge allowing him to proceed by painting it while seeking refuge in a studio. Inspired by a real house built in the region in the 1950s that was used by an artist, Curdin can also make a drink of coffee in the studio, which can help calm his nerves. That will be important when facing off against Mundaun‘s horrors.

Devoid of a combat system, in Mundaun players will need to avoid enemies and do all they can to escape if seen. It won’t always be easy though; the more fear instilled in Curdin, the slower he’ll move. Figuring out how to safely manoeuvre around hostiles will be a must, then, though not everyone you meet in Mundaun will be confrontational. Locals open to speaking with you might be able to help, though understanding them could be a problem. There’s also a strange girl that seemingly follows you around – what’s her motivation? 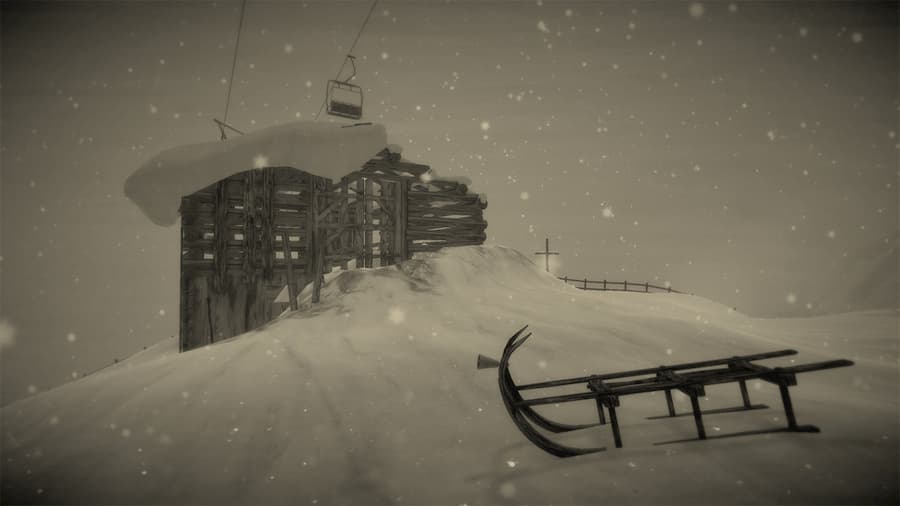 While there was no voice acting in the demo I was witness to, it will be present in the full game; albeit in Romansh, a rare language only found in the Mundaun region of the Alps. It will surely help to make the game mysterious and perhaps slightly unnerving. Much care is being put into other areas of the game’s audio too, to provide clues and create an atmosphere. Though exploring Mundaun‘s bleak open environments, never knowing what’s around the corner, seems atmospheric enough already.

The short gameplay demo for Mundaun gave me an idea of what to expect when it launches early next year, but I get the impression that there’s much more yet to be revealed. Inspired by the myths and folklore of the Swiss Alps, just what creatures might be lurking in those areas I’ve not yet seen? And is there more to Curdin’s grandfather’s death than meets the eye? I honestly can’t wait to find out.