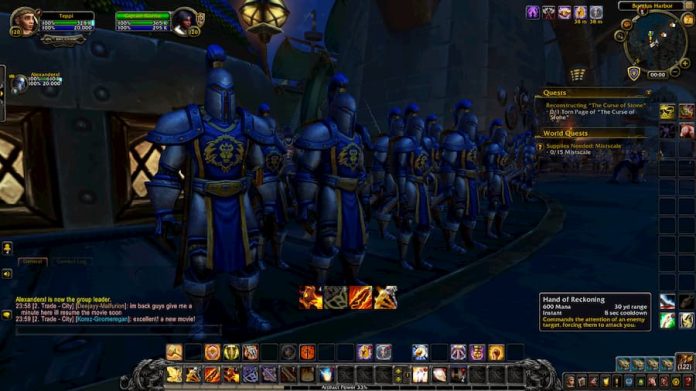 Have you ever played a game of Hide-and-Seek in World of Warcraft? What about if your friend is hiding in plain sight?

I’ve recently got back into World of Warcraft and have been levelling up characters, completing daily quests and participating in loads of events to get ready for the Shadowlands expansion coming later this year.

But in between the fighting and the quests, my friend and I try to have a little fun along the way. Recently, my friend decided he really wanted to pick up the Transmog Set that makes your character look exactly like a Stormwind Guard. 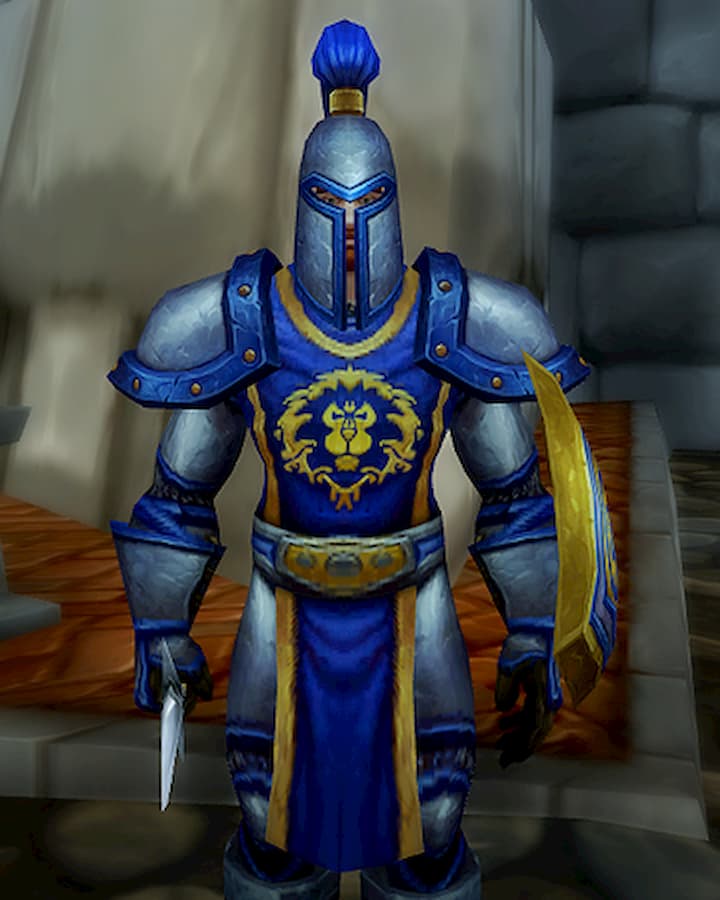 First, a story of battle:

Turns out, it’s actually pretty simple to unlock this transmog set. Once the set was obtained we met up and he showed off his new outfit. One runway later, we came across a Horde character (we play Alliance, of course) pretending to be a small child. My friend decided that then and there was the perfect time to pick a fight with them.

It felt quite appropriate, watching a guard of Stormwind beat the crap out of a Horde troll. They threw hands, and my friend won.

Little did we know that the Horde had some friends of his own and suddenly, a crowd began to form. Seemingly out of nowhere, other players came to watch the dramatic battle. Just as things began to look bad, my friend sprinted up a spiral staircase with the Hordies chasing after him.

The crowd followed. After just a few gruelling minutes, the Horde were eliminated and my friend left the tower a victor. For Stormwind! For the Alliance!

You can see him here, proudly displaying his outfit just before the battle broke out.

But beating up members of the other faction while basically cosplaying as a Stormwind Guard isn’t the only fun you can have. In Alliance-heavy areas, Stormwind Guards are everywhere. And I’m talking everywhere. Especially in the big cities.

At some point during our travels we ended up in the city of Boralus. Every player will end up there at one point or another and, there again, the place is riddled with guards. After losing my friend in the crowd I asked, “Could you show me where to find the Island Expeditions?” And his response was, “Sure… if you can find me.”

And that’s when I knew that he had basically come up with a new game where he hides in a crowd of Stormwind Guards and I attempt to find him. If you turn off names appearing above characters, and resist the urge to hover your mouse around… it’s actually pretty difficult.

I like to call it, and I mean now while I write this, “Find the Fake Stormwind Guard.”

Not that my friend isn’t qualified to be a Stormwind guard, but he is far too busy with other important tasks to be stationed in a singular place.

And there you have it. That’s a little story about some of the fun my friend and I are having while we wander around waiting for Shadowlands to release.

Want to grab the Stormwind Set for yourself? Here’s a quick list on how to get started: 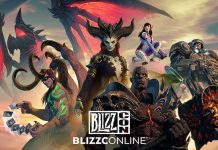 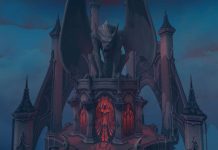 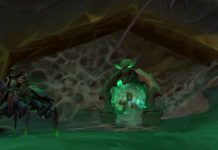