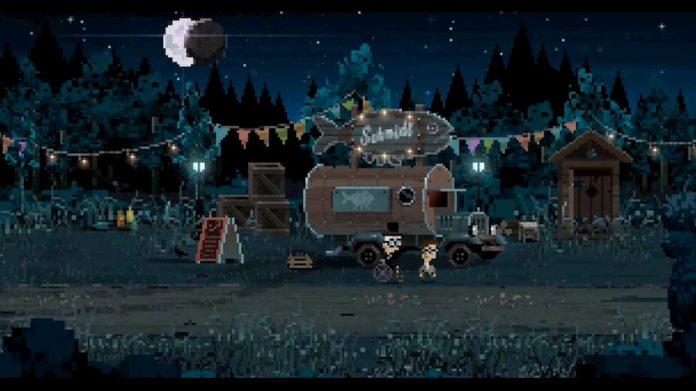 Never has a game had such a strange concept and characters.

Developer Indiesruption and publisher Blowfish Studios have announced that their comedic alternate-history adventure game, Nine Witches: Family Disruption, is set to release on December 4th. It will be available on Nintendo Switch, PlayStation 4, Xbox One and Windows.

Nine Witches: Family Disruption is an all-around weird sounding title. But that definitely doesn’t mean it’s not intriguing. In an alternate universe, as World War II reaches its peak, a remote Norweigan village catches the eye of the ‘Okkulte-55’, a division of the German army devoted to all things supernatural. This group wishes to use the town, which happens to be a hotspot for supernatural activity, to help turn the tide in Germany’s favour.

Professor Alexei Krakovitz and his assistant Akiro Kagasawa must do what they can to save the day.

In the game you’ll swap between Krakovitz and Kagasawa as they explore the Scandanavian hamlet trying to find intel of the division’s schemes. You’ll meet over 50 characters and work with them to uncover clues. You’ll even be able to travel to the astral plane and speak with spooky spirits.

Sound strange? That’s because it is. It’s a combination of world history, supernatural wonders and comedy in this adventure game.