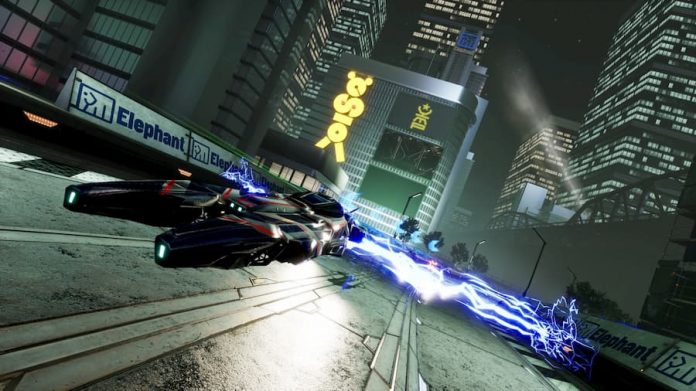 From the ashes of Formula Fusion, Pacer is born.

Reworked and expanded upon, Pacer is hoping to impress after Formula Fusion just fell short of the mark. Though while there are obvious improvements, it’s still not the Wipeout successor you were possibly hoping it would be.

It’s hard to find fault with Pacer‘s audio and visual presentation. I played on PC for review, and at ultra settings it really does look stunning. The game’s five unique craft are exquisitely detailed, but even more impressive are the tracks – there’s such variety found within them. Add in over 80 songs to race along to by named artists including CoLD SToRaGE, and you have a game that certainly captures the look and sound of Wipeout. It’s just a shame that its menus aren’t the most appealing.

For those looking for single-player fun, Pacer‘s campaign mode lets them make their way from anti-gravity racing zero to hero. They’ll start out in the relatively slow F3000 league, competing in a whole range of events while representing a multitude of teams as they make their way through the ranks and speed classes. It’s a bit of a no-frills affair but it’s entertaining enough. And once you do make it to the faster leagues, the action really does step up a gear.

In Pacer, zooming around the track often isn’t all you have to worry about though; weapons are available that add another element to the gameplay. As well as being able to take the fight to those around you, perhaps allowing you to nip in front of them, you also have to be aware of enemy attacks and do as much as you can to avoid them. In some event types, utilising the weapons available to you will be crucial to your success. 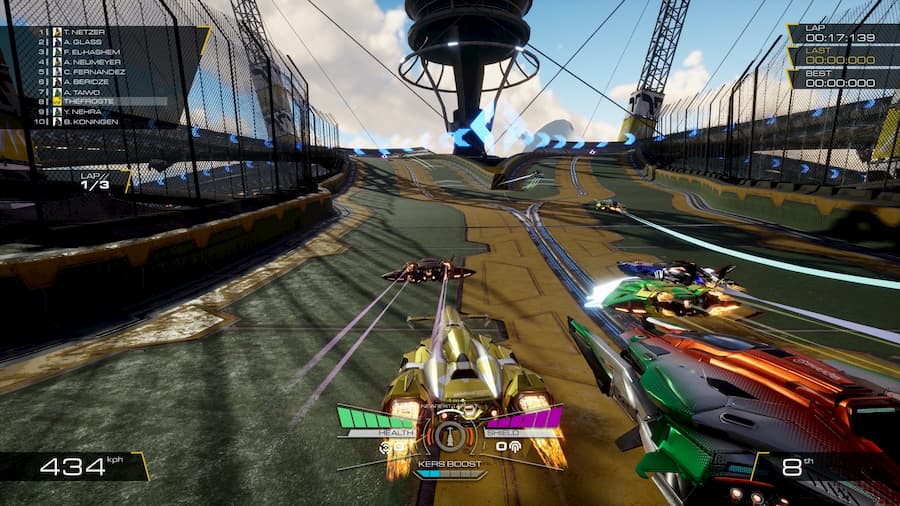 Customising your craft’s loadout plays a large role in Pacer. While the five craft available to you have their own base parameters, their overall abilities out on the track can be largely modified via performance loadouts. Multiple loadout presets are available as standard, allowing you to emphasise aspects like top speed or handling. But to get the best out of your craft, you’re going to want to create your own custom loadouts, buying parts with the money you’ve earned via competing in events.

The same goes for weapons. Numerous preset loadouts are available, allowing you to focus on long range attacks or play defensively without any fuss. If you want to more finely tune your offensive and defensive capabilities, however, you’re going to want to create your own loadouts. Even more so considering that up to two modifiers can be equipped to each of the weapons attached to your craft, further defining how they behave. Overall, those who like to tinker with their vehicles will have a ball with Pacer, especially when they also start diving into changing how their vehicle looks.

Outside of the game’s campaign, Pacer has all the additional modes you’d expect. A quick race mode lets you jump into a multitude of event types, such as time trial, elimination, endurance and the new Flowmentum, where you’re challenged to cover as much distance as you can while your shield steadily depletes. For most events you’re able to define things such as how many competitors there are and whether weapons are enabled or not. There’s online multiplayer too, of course, where the competition really heats up. 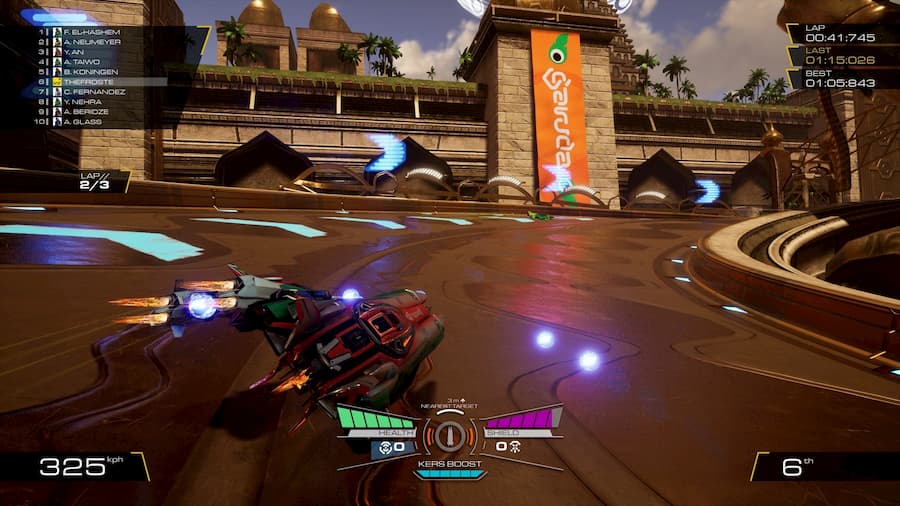 The only thing that really lets Pacer down, aside from handling that some may find to be a little bit too floaty, is that a number of its tracks feel too tight. When you’re given room to breathe, Pacer is at its best, allowing you to zip past and outmanoeuvre your opponents. Some tracks, however, are so narrow that making your through the pack makes it feel like you’re playing pinball, and if you’re at the front you’ll be constantly bombarded by enemy fire that you can do little about. Putting it simply, racing on Pacer‘s tightest tracks just isn’t fun.

So, Pacer is an accomplished anti-gravity racer, no doubt. But it falls short of being great due to its ho-hum campaign mode and the restrictive nature of some of its tracks. If you’re looking for a worthy Wipeout replacement on PC you’d be wise to give it a go; and while it pales in comparison to Wipeout Omega Collection on PS4, if you’ve played that title to death this will entertain you for decent amount of time. A Wipeout beater it is not, but it’s a fair contender.

Pacer is available on PS4 and PC. An Xbox One version will follow shortly. We reviewed it on PC with a code provided by the game’s publisher.