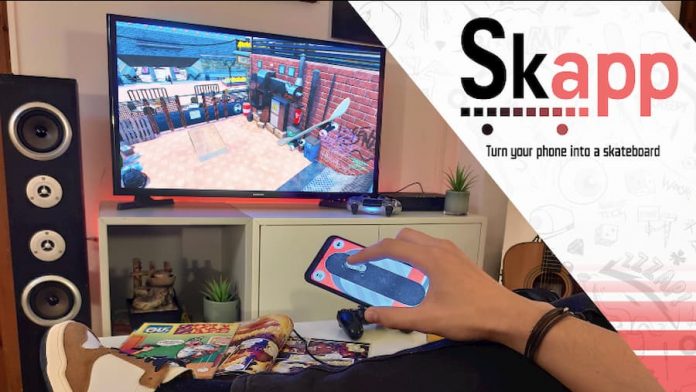 Smartphones can do pretty much everything, but can they be skateboards? Apparently so.

Bound Games has just announced its Kickstarter for the upcoming title Skapp is launching on October 27th.

Skapp is a skateboarding simulator where you control the board using your smart phone. In the game you can combine tricks, manuals and grinds to get points. The game will feature authentic brands and cultural references that fans of the skateboarding universe will appreciate. The game will be coming to PS4 first, and will allow you to use your Android or iOS device as a controller.

Not only can you control the board with your phone – which is honestly enough for us to want to give it a try – but there will be a story mode where players can rebel against humanity. You know, the usual for a badass skateboarder. You’ll be able to complete missions on different difficulty levels, create your own kids of tricks and even enjoy a free skateboarding mode.

The game’s Kickstarter campaign will launch on October 27th and players will be able to play the game’s demo at that time as well. Until then, watch the trailer below. We’re intrigued to see how this one turns out; it’s a unique concept